With 20 hockey cards from the Santa Lot 20 today - can't complain about the content! Glad to have a lot of trade material, but knowing a lot of that will come out of simply getting 15,000 cards, I'd be fine if the rest were all hockey (and baseball) but it's not likely to play out that way...

The couple highlights from the 20 are a couple sets which there haven't been a lot of cards from. Between the two sets, there's only been a handful of cards so far. Definitely enjoy the shots taken from during the game - especially Fredrick with the usual crowd in Phoenix.... 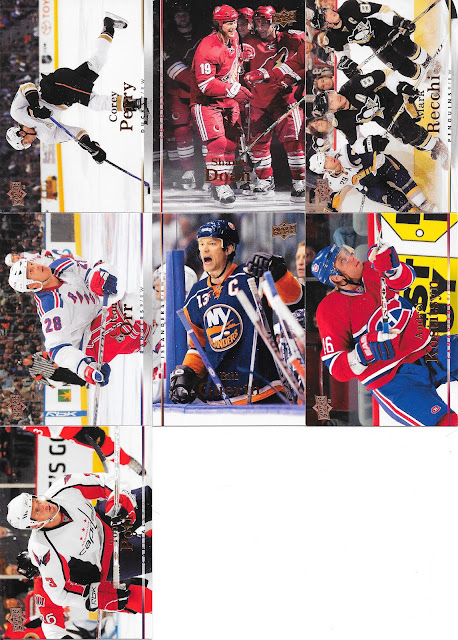 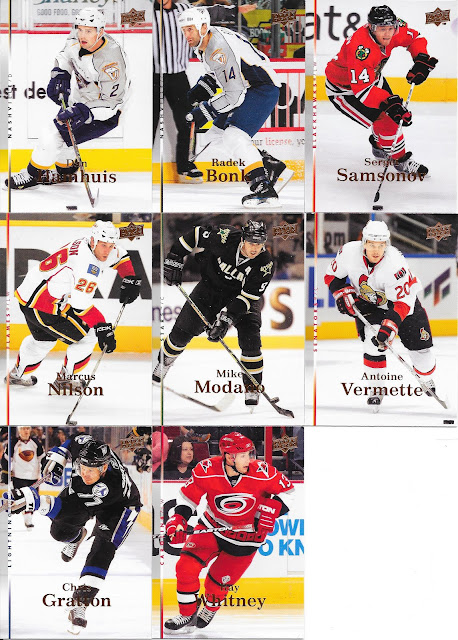