No matter what you collect, there are always certain players that bring up good memories. One of those players here in the Santa Lot 20 today... 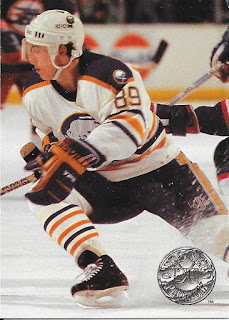 So the nerdy reason why Mogilny was one of those players that meant a bit more and I followed a bit more - he was awesome to play as in any hockey game in the 90s. In every NHL game from NHL '93 on up, he always seemed to have that bit of extra speed - which frankly was correct to his play - he was lightning quick. I found this extra bit of speed was always worthwhile and would count for a few more goals each game.

OK - getting one I can deal with - 3 kinda sucks. Wonder how many different shades are there? 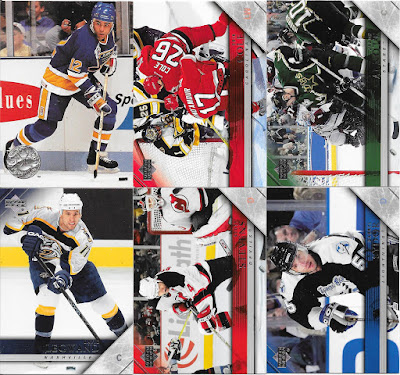 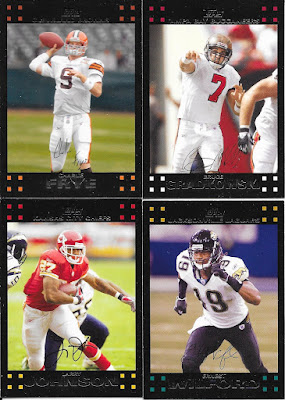 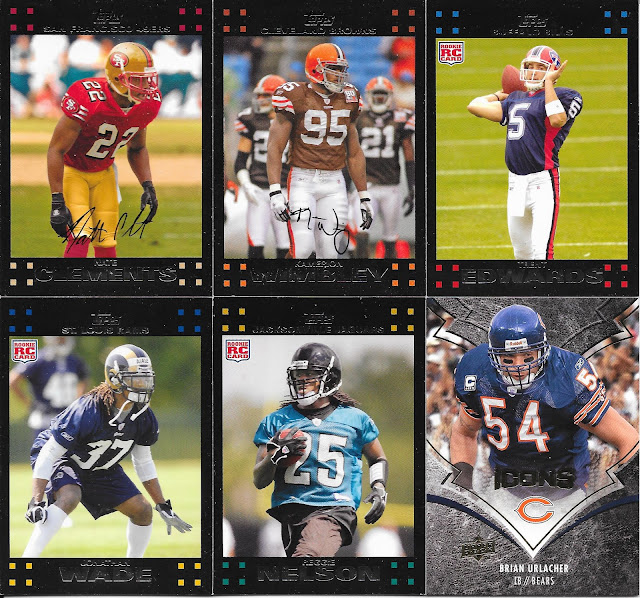 Further completion of 2007 Topps football...close and closer..it's so going to end up a handful of cards short of a set...not that it really matters. I think I have come to the conclusion that I'll pull the set apart to trade off teams for Blue Jays and Leaf cards - should mean I can help a number of collectors instead of just one.