I'll get to Delgado in a bit, first a couple other Listia wins. In my continuing quest...I guess that it what it has become...to get the complete 2008-09 Upper Deck Masterpeices set, I picked up 2 different small lots on Listia which brings me just shy of 50% complete for the set. Here are the new cards: 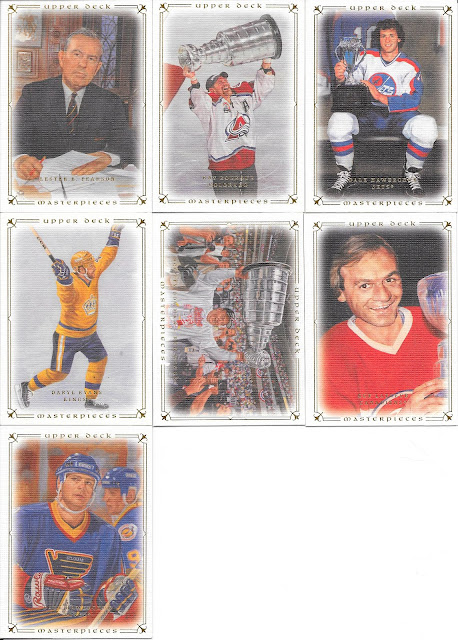 And there were a few doubles as well (including Lord Stanley that just came out of the Santa Lot): 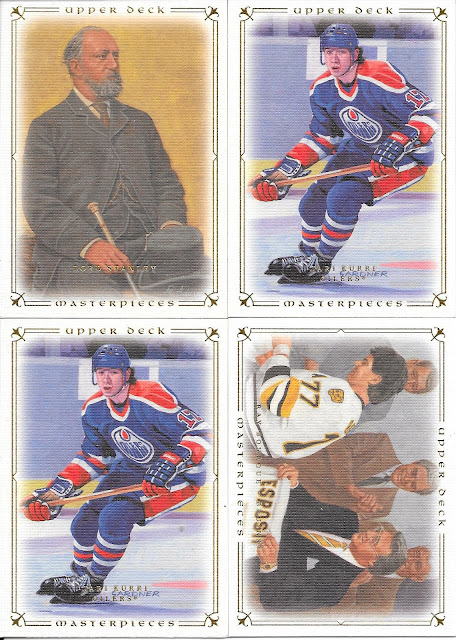 I separately picked up a one off win since it was a card I don't have, and hadn't seen. 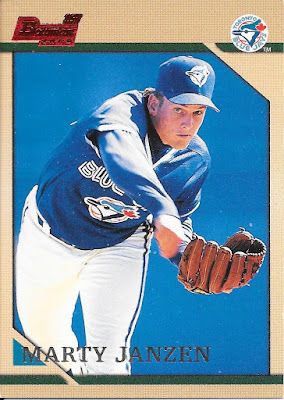 Bowman was never a set I remember seeing lots of through the mid-90s - just wasn't part of the normal course of cards, though that may be in part because of the whole Canada thing, and what baseball cards did come around way up here.

One other cheap one off pick up which we have seen before... 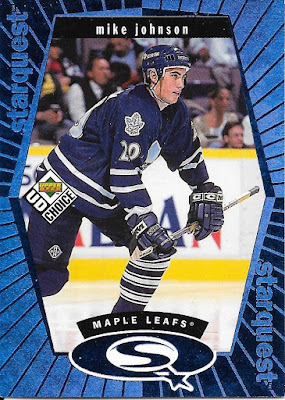 On a whim, I got three different "blind" wins, being 5 or 6 random cards each, since the price was cheap. Though I probably won't do it again, and will stick to the McDonalds cards of the same ilk - just didn't get anything too exciting, and surprised with how many doubles I ended up with. 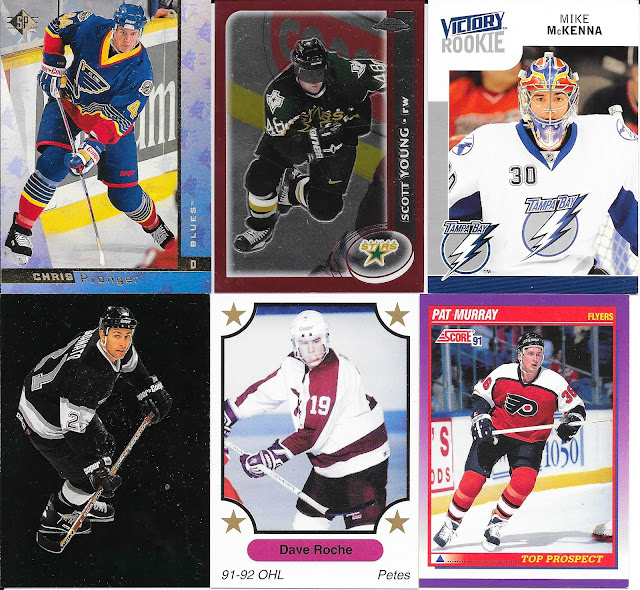 A fine enough 6 since it at least included a parallel Parkhurst Emerald Ice card, and three new to me cards including the Topps Chrome Scott Yound. 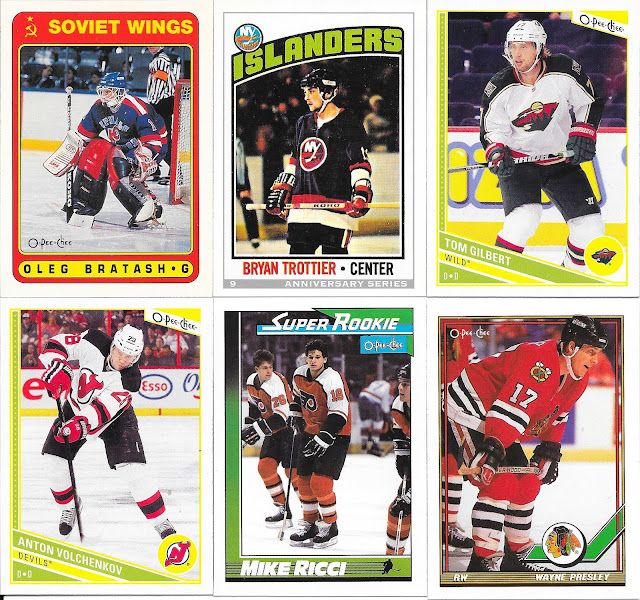 A card I needed for the 1990-91 O Pee Chee set, and the Trottier card would have been nicer if it was an original instead of an "anniversary edition). 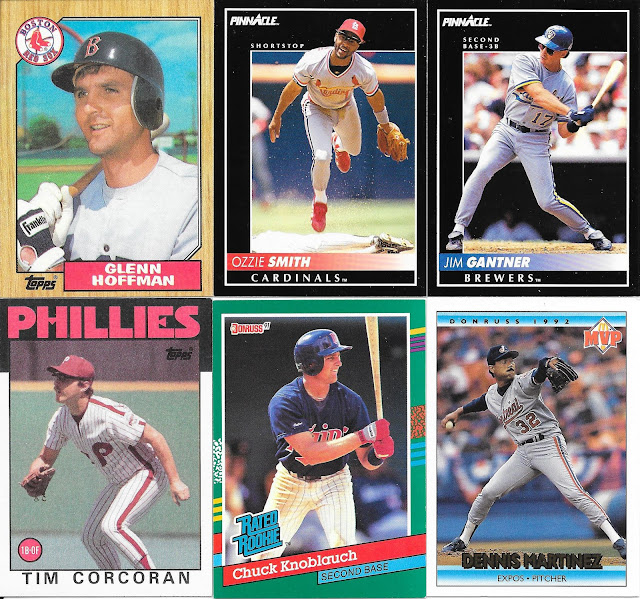 Nothing much in these - the one I would have liked to keep was the Martinez McD MVP, but I already had this one.

Lastly - we get to Delgado. Apparently, I had about 20 Jays Delgado cards before this, and I essentially more than doubles this with this one win. I won the auction for like, $1 USD when you convert the points which was a steal given the cards... 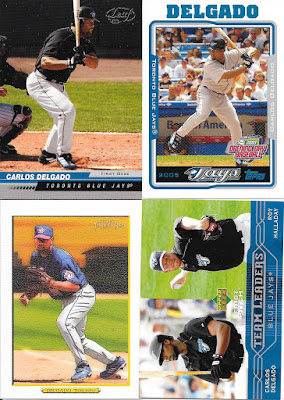 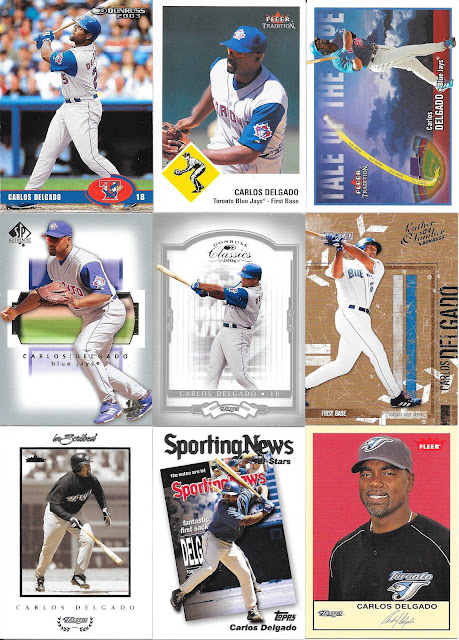 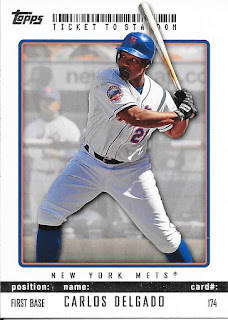 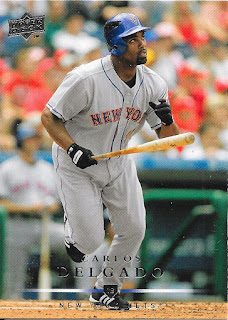 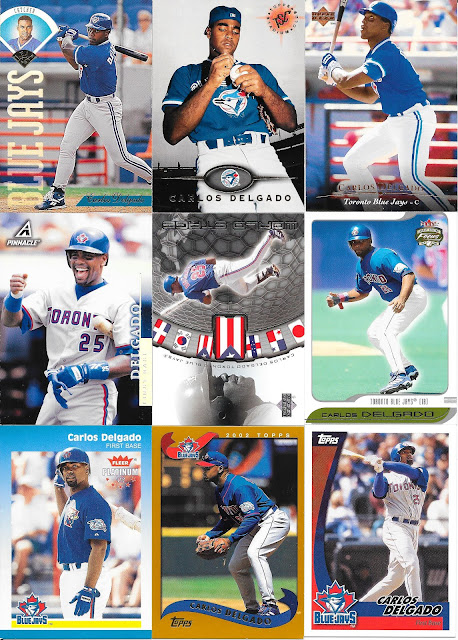 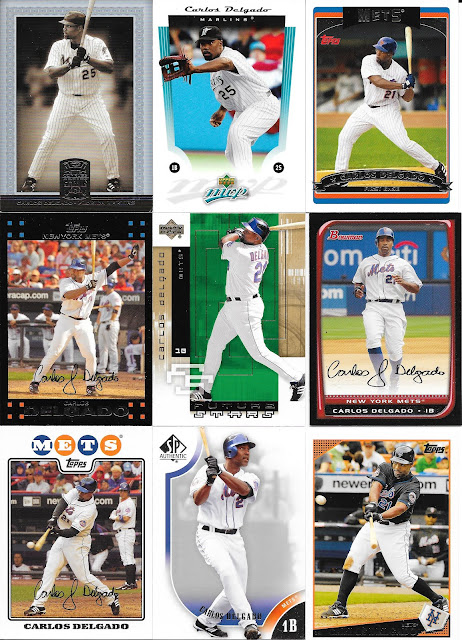 I did have a couple of the Delgado cards, already, but most I didn't. It also turns out (I hadn't looked too hard, given the deal) that the Turkey Red is a parallel (they had a number of colours, and the base set colour was a grey border). Oh them, best picture to me is the ball signing - just because it is that bit out of the typical shot to be used.

A little soap box rant here regarding Delgado and Hall of Fame voting. Being not far off of 500 home runs in his career, and generally good career numbers otherwise, Delgado was on the Hall of Fame vote for one year, missed the 5% needed to stay on the voting list for the next year (he got 3.8%) and that was it. 'm not sure if he would have gotten in if he kept o the ballot for 5 or 10 years, but I think he deserved better than a one and done on the voting.

I don't have a better system in mind for the voting, but it was one that just felt like he got the short end of the stick. Regardless, he had some dominant years in Toronto, and decent years even after leaving - Hall of Fame or not, a solid career regardless.