I don't know the story behind it - but 2007-08 Topps included a Bill Russell 11 card insert set. The set is dubbed the "Missing Years" - so I presume they are years for which he didn't have cards produced - again, not interested enough (yet) to look up the reason, though if I complete the insert set, I will. Interesting to have subsets on a single player, though they can absolutely make sense, especially with historic events (ie. Mark McGwire home run record).

Today is highlighted by a few of the cards from that very basketball insert set.

Of course I will also include three new McDonalds cards as well! Thought I had the Iginla already, but it was the following year McDonald set. 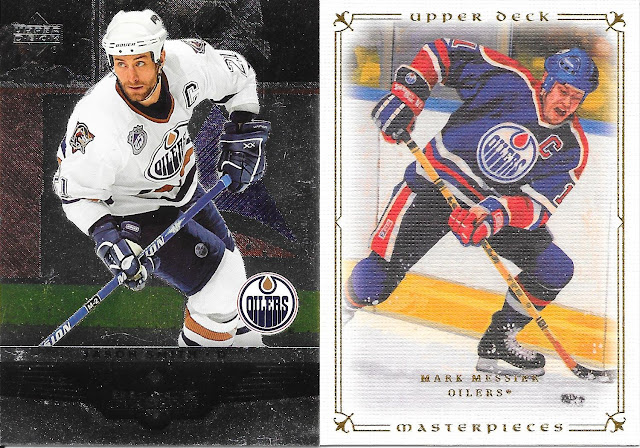 Awesome to get the Cal Ripken Jr. 2005 Classics card for the (soon to be hopefully) set, though I would have gone with an earlier photo from his career. Also nice to get another Masterpieces card of Messier. 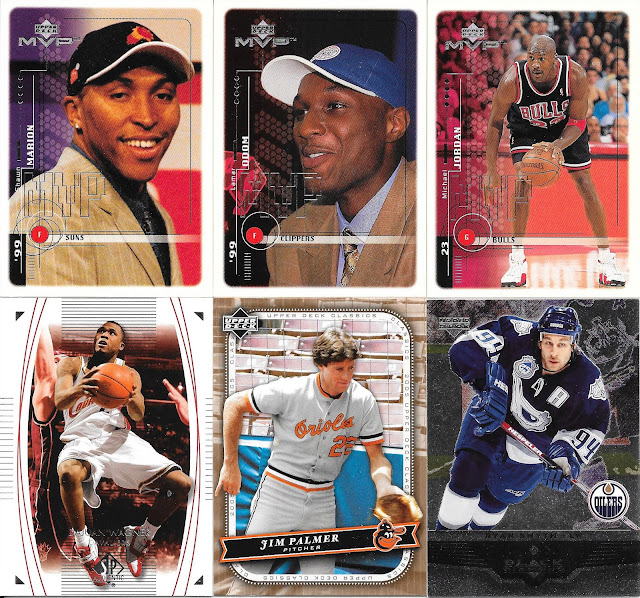 Almost put the Jordan checklist as a highlight - even if it is just a checklist - it is still Mochael Jordan (and the 90s Bulls were better than current day Golden State).