So 8 cards of the 100 card pure base set and plenty to go...so shouldn't have any problem getting another pack of new to me base cards. 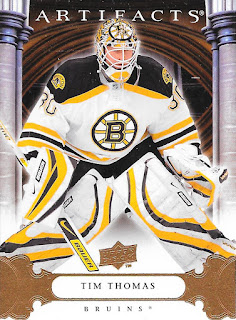 We finished yesterday with a goalie, and start today with another. Tim Thomas had a great run for Boston (unfortunately for a Leafs fan as he tended to do well against Toronto). 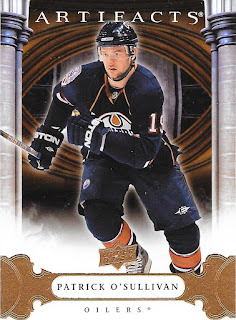 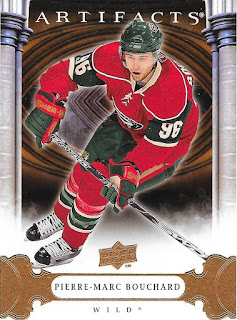 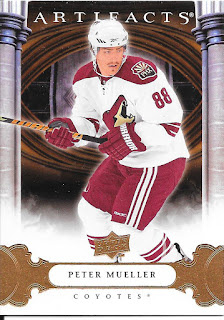 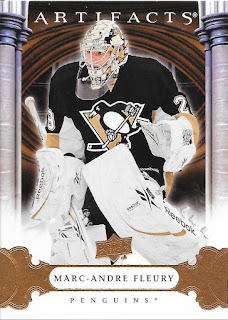 Personally, I preferred Fleury over Thomas though, and yes, that may be in part a bias, but mostly because Pittsburgh is my #2 team.

Since the days of Mario, Pittsburgh always sat behind the Leafs as the second best team on my list.

It does raise a good question though - most people have a favourite team (home tean or otherwise), but do you have a second favourite team, and if so, what is the draw for team number 2?

As for the greenies, as there wasn't any of that yet in this post, I did a trade with a new TCDB trade partner, alh who is in Hawaii. He made an offer about a green parallel I didn't know of, and he offered a good bunch of them. 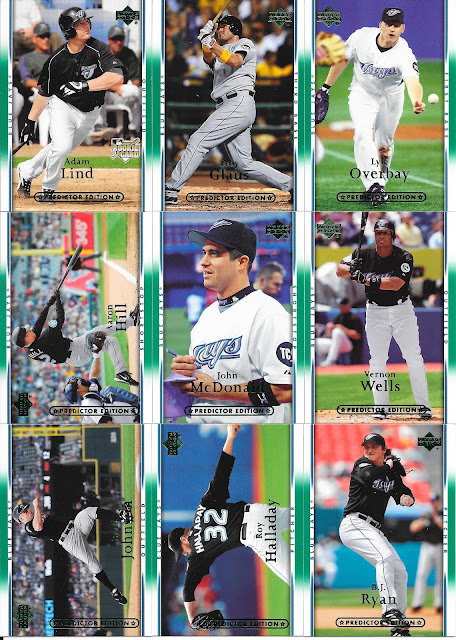 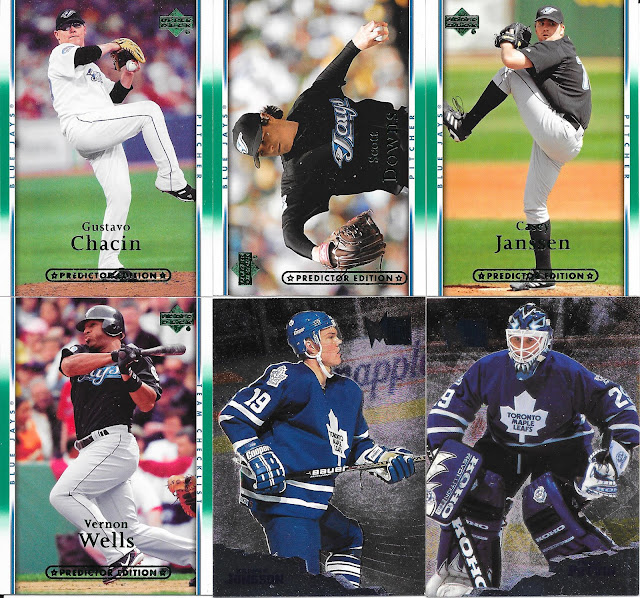 A bunch of 2007 Upper Deck Predictor Edition parallel Blue Jays. I went from having none to a bakers dozen in the single trade.

Honestly - the colour just doesn't jive well with the Jays, but it does stand out and is unique.

As you can see, he also threw in a couple of Leaf cards out of 1995-96 Metal, which were cards I didn't have either.

I will say, it took a few weeks for the PWE to get to me, which is fine, I am never in a rush to receive these trades, but more of interest in noting the delay given they came from Hawaii.

Thanks again for the trade!
Posted by CrazieJoe at 8:00 AM