So let's take a look at the unopened hockey pack collection. I didn't bother with some of the staples like Score, O Pee Chee, and the flagship Upper Deck sets. All in, about 240 packs in the collection, so let's go through some. 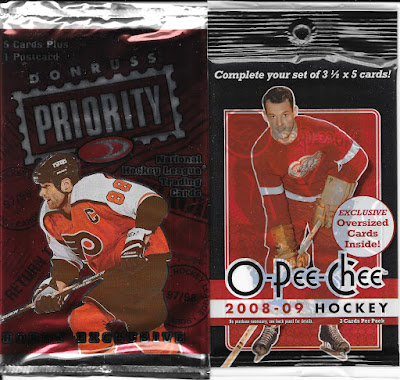 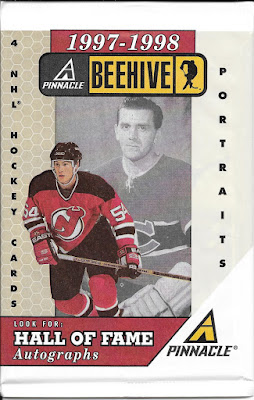 Happily in this case, not many, because they are a bit problematic for storing. 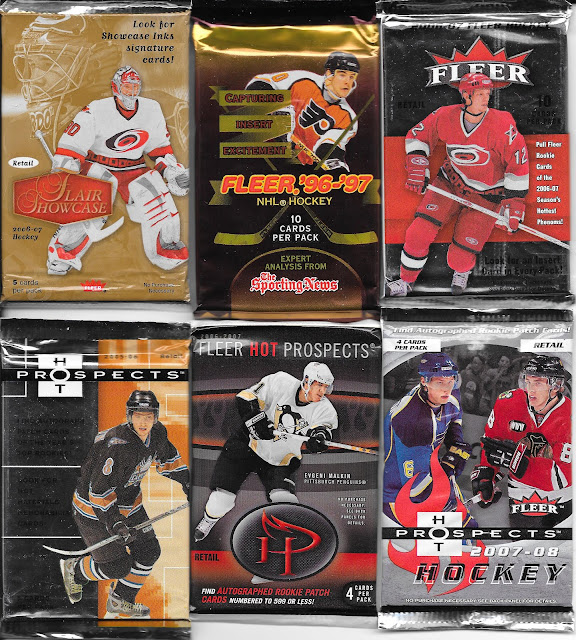 This is why I like keeping these packs - such a variety in packaging, but you get a taste of the stars of the day. 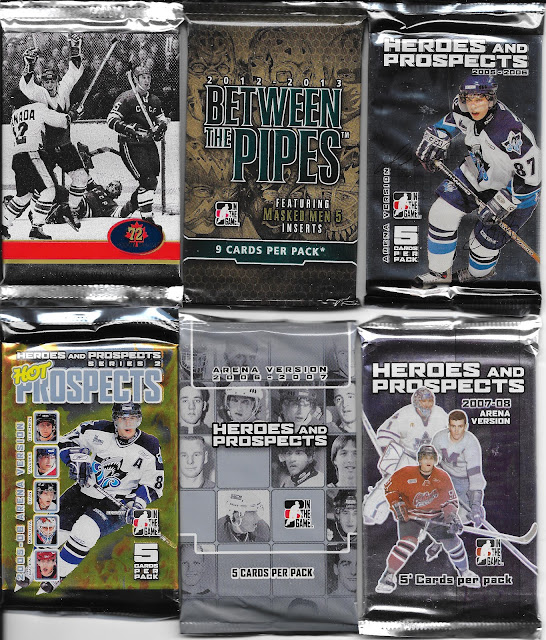 The trend of stars - or pre-stars continues through these heroes and prospects pacts as they show a glimpse more of who would be stars. 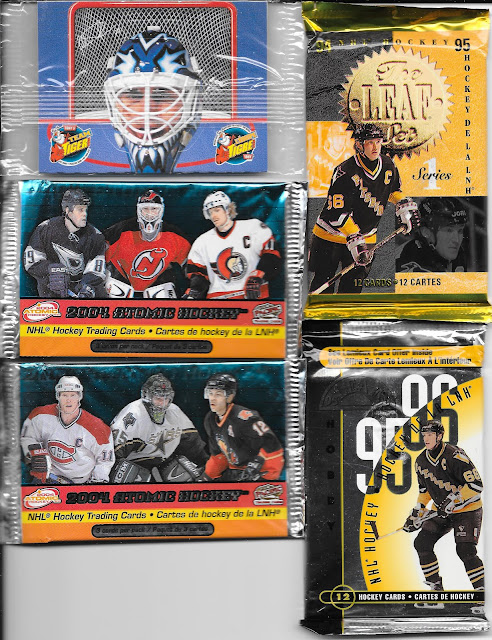 With all the packs I have, these are the only McDonald packs I have - the 2004 Atomic ones. ALso like the Kraft one - always get the best of both worlds with these type of food issue cards because many came in clear packaging so you can see what is in the pack while keeping it unopened. 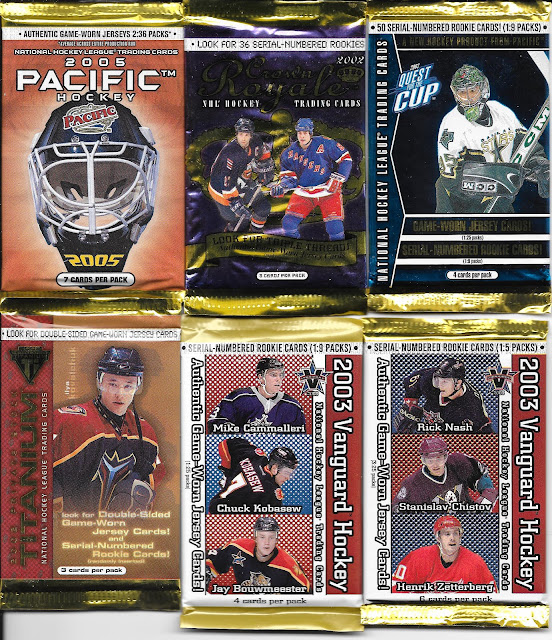 I also wanted to highlight some of the Pacific packs because Pacific was quite different when it came to card designs at the time, and this was also true about the packaging. Also, I don't know that there were many sets that had real, different packaging like the Vanhuard ones here. Now, many had different details like different ads of mail ins, but not completely different fronts like this. 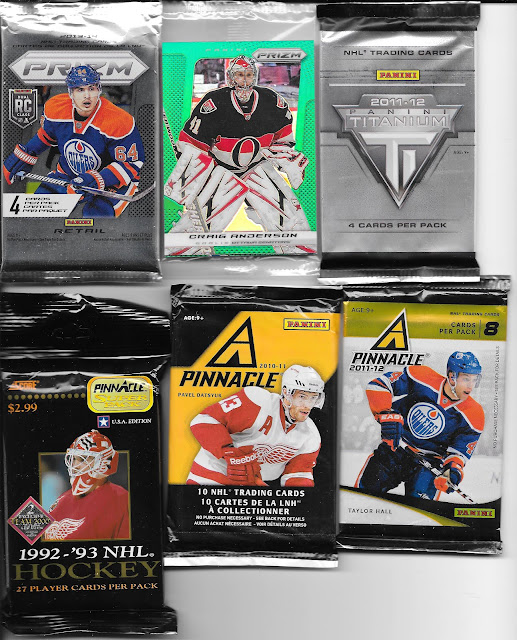 Not a huge fan of Prizm per se, but I did end up with a multi-pack which included a special green parallel pack with a few cards, so I had to keep that as well.

Also, some of the packs are pretty nice, like the Zenith hobby pack. I will stick to "packs" and won't be including anything like The Cup where a pack is really a box. 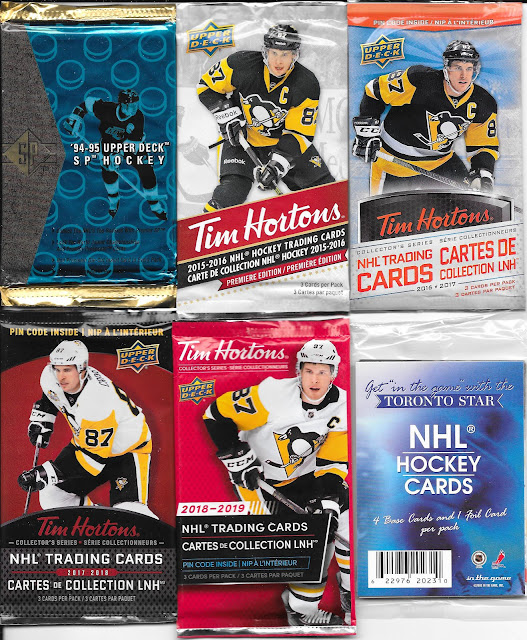 Love the Timmies and atleast it is consistent, and still uses Crosby and different photos each year. 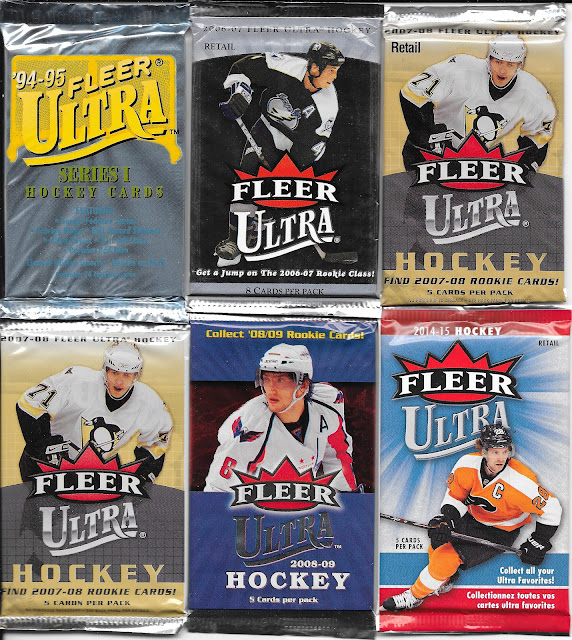 Just to show, I will keep the variations as well - a retail and a hobby pack if such exist (and I get my hands on them both). 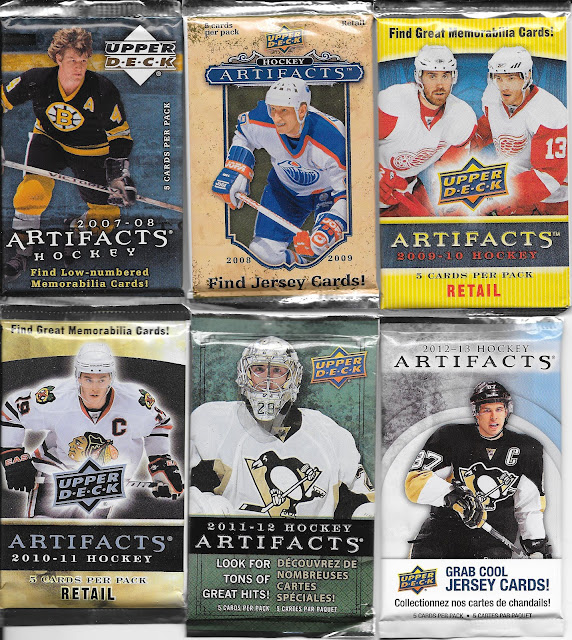 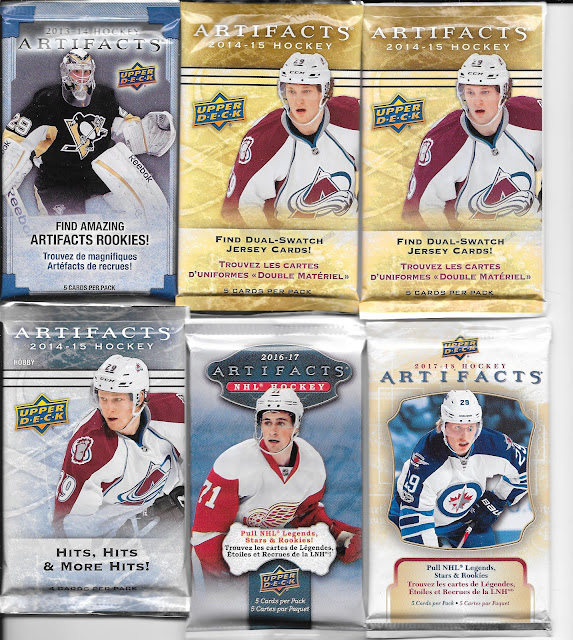 Artifacts is one of my favourite products which is why I have almost the whole run for the last decade. Not quite as loving as Black Diamond, but enjoy it as well. 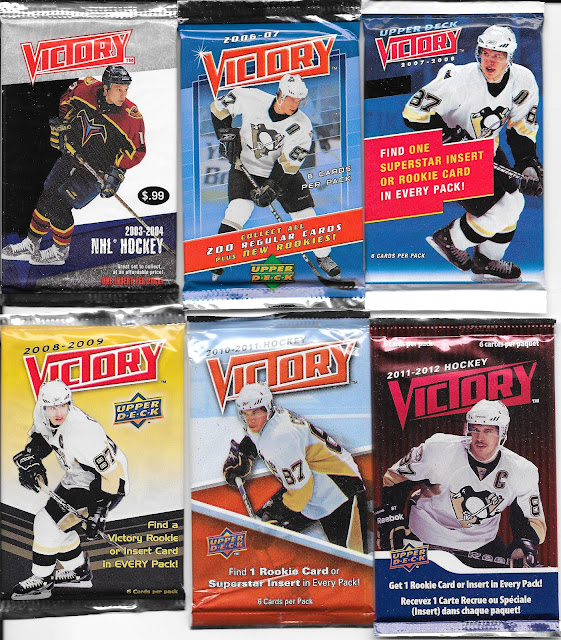 Of course, can't forget the "lower end" guys as well. I don't go out of my way to pick these up, but the tend to show up through repacks, and I keep them from there.

Getting enough packs, I will need to look at a better way to store them as right now I have them in open card boxes, but will need something like slightly taller boxes so as not to crush them...oh well, need to look into it, but open to ideas.
Posted by CrazieJoe at 8:00 AM