Hail to the Chef and Dollar Store Blog Cards

Another trade post today as I want to cover a quick PWE trade I had with Hilochef at TCDB which brought me some new Jays for the collection... 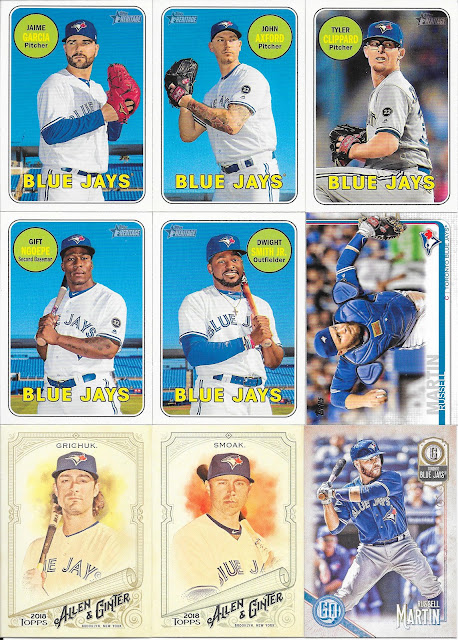 A lot of cards from sets I should really get more Jays from - Gypsy Queen, A&G, and Heritage. I really like the added blue of sky on the Heritage cards. I do have one big question for Topps on the background though...could no one figure out how to put a cloud or two into the sky? I think that is the most off putting part of the background to me. I haven't looked hard at other cards from the set to see how sparse clouds are, but....not a one here.

Also, guess this was a Russell Martin hot PWE as I received two. It's not my favourite Gypsy Queen design, but does keep with the similar design from prior years.

Either way you cut it, that's another 9 Jays cards that I didn't have before - always appreciate when someone can cook up a winning PWE like that - thanks 'chef!

Heck, that wasn't the only package to come across. I also received a thank you package from Doug over at Sportscards From The Dollar Store. I had sent across a few O Pee Chee cards that were on his want list, and a few Bills from football, but I got way more back in return - simply humbling.

Let's start with the, very cool to get, but likely not to stay in my collection cards... 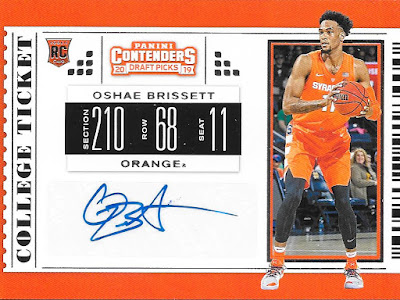 I may be a Raptors fan (and not just from the recent Championship which will be - difficult - to repeat, but that said, I don't collect basketball. Definitely appreciate that this here is a homegrown talent from Toronto and a nice design...and a nice signature actually. I find it is becoming harder and harder to find a solid signature with the next generation as half of them, if not more, never learn to write cursive. Man, that made me feel old to say. 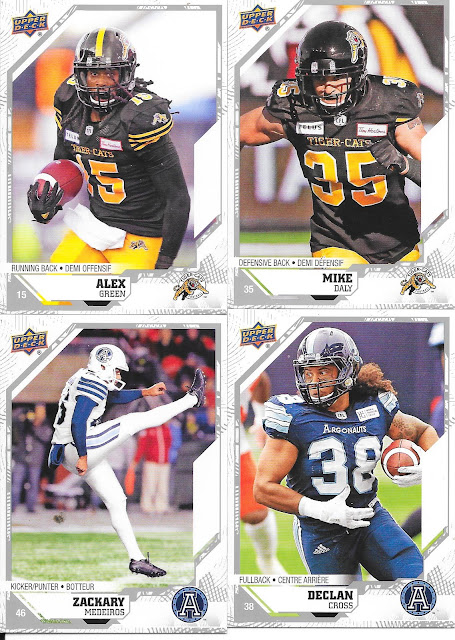 Doug wasn't sure who I follow in CFL football - Burlington is right between Hamilton and Toronto. To answer that question, definitely the Argos as I grew up in Toronto and moved to Burlington when I got married (though I first spent a year in Hamilton to be fair).

These are actually a pretty nice design - almost makes me want to collect football.

All appreciated and nice thoughts...then there were these.... 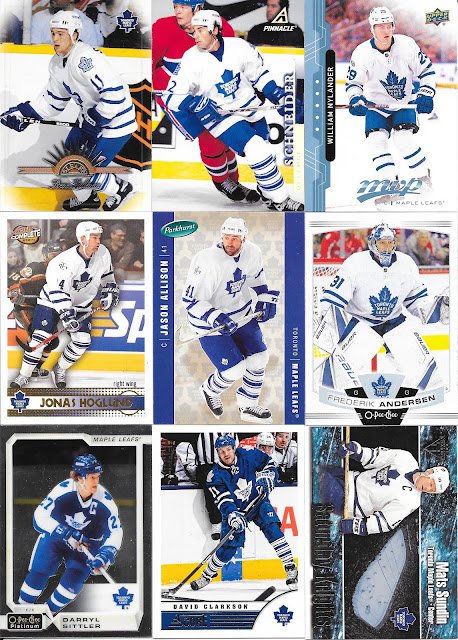 An awesome assorted bunch of Leafs which include my first 2019-2020 O Pee Chee card, first 2018-19 O Pee Chee Platinum card and a nice Titanium set Sundin. Awesome bunch of cards and would have been way more than I could have expected right there. 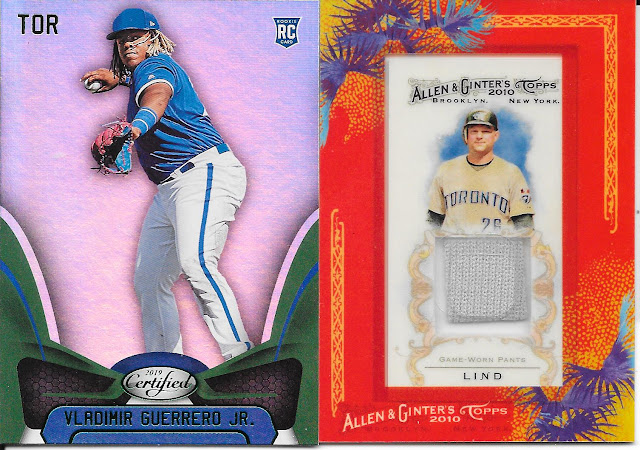 My first Vladdy Jr. rookie card and a sweet Lind mini jersey relic circa 2010. Yeah - pretty speechless when I saw these as I wasn't expecting to come across my first Vladdy, or any type of relic.

Going to have to see what I can put together to send a thank you for the thank you back to Doug!
Posted by CrazieJoe at 8:00 AM