Overproduced and over packed

Today, the first half of one of those Dollarama $4 for 80 hockey card packs. The couple I have picked up already were pretty good on variety, and not too bad on the "junk wax" amounts.

I don't really care - except on the fact that they are generally cards that I don't need much as I have a number of the sets completed. 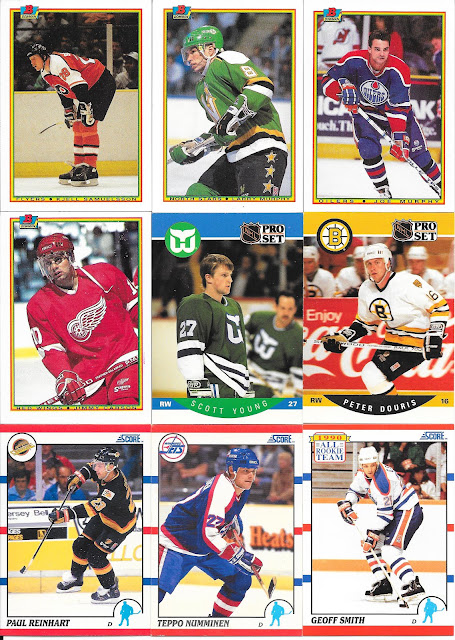 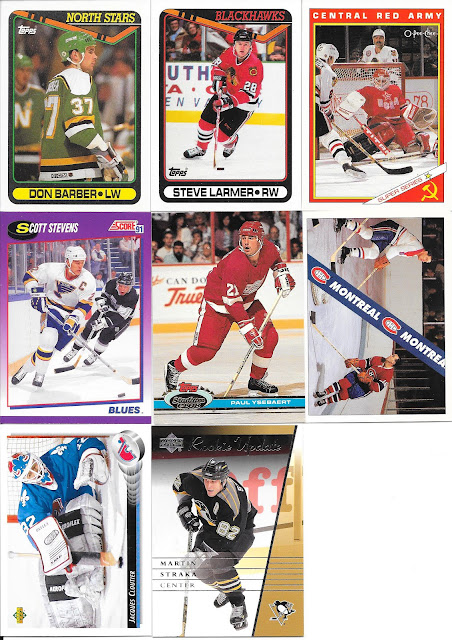 Not a surprise, but 1990-91 Bowman is heavily represented in these packs. One of the first sets I picked up when getting back into collecting about 6 years ago, was a boxed, complete set from Target (I miss Target.....).

I still don't mind getting Leafs from these sets, but that does make it smaller odds for getting something worth keeping from them.

Here is one insert which I do have as well - the |Russian & Shark insert card from O Pee Chee (though I do still need a couple cards, just not this one). 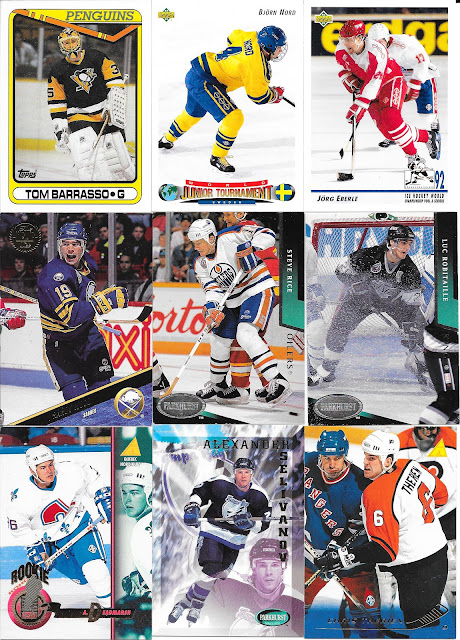 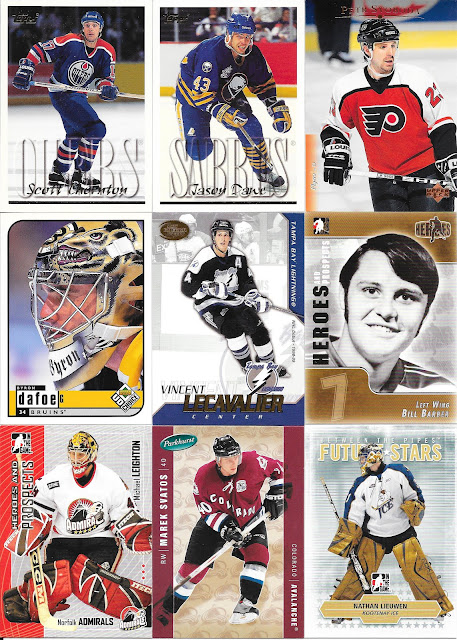 The keepers do show, still a decent variety in the sets. I am not really a huge fan of In The Game sets like Between The Pipes and Heroes & Prospects, but can appreciate the variety nonetheless.

Some of these will be short lived keeps I think as I need to go through and cull some of the "keeper" sets - especially the ones with minor league cards (like Heroes and Prospects - go figure). 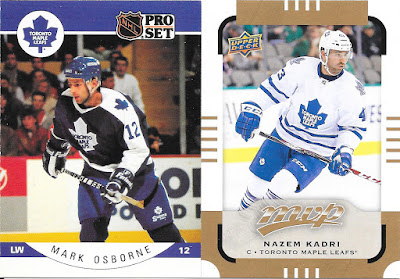 So here is the highlight of the first half - the MVP Leaf that was showing, and the reason I picked this specific package, and the....5th 1990-91 Osbourne card for my collection. As I said, still the off chance I can pick up a Leaf from the "junk wax" sets.

Will tomorrow be a better half than today's? I am going to go with...hopefully more Leafs, so yes?