Today's unopened packs for sharing, part of the 230 or so baseball packs in the collection. I like going through these once and a while, as most people should with their own collections, as it is great to review and enjoy that which you collect.

I won't bother with the standard fair - flagship Topps, Score, Upper Deck, but look at some of the others... 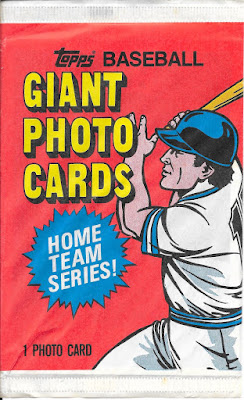 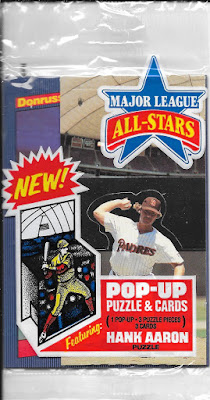 Here first, the couple oversized packs. The Photo Cards are from the early 80s, this one being a Red Sox card (I can see that much through the packaging). 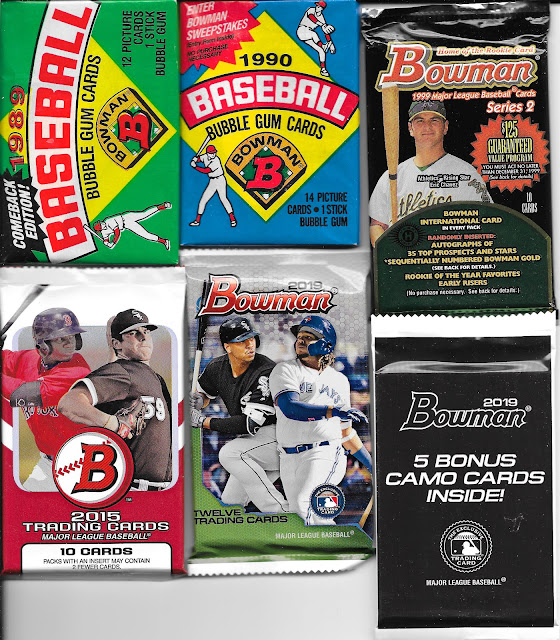 Yeah - not many packages, but the Bowman spans a hood period of time. Obviously, my favourite pack would be the 2019 Bowman given the certain Jays phenom on the front. 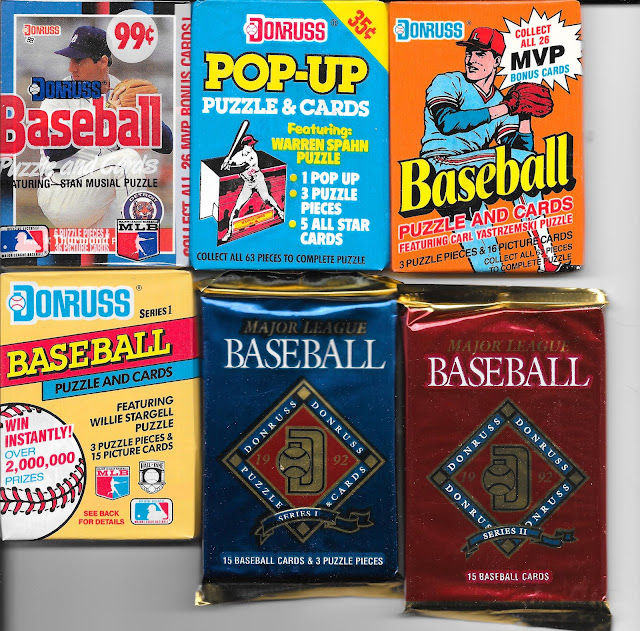 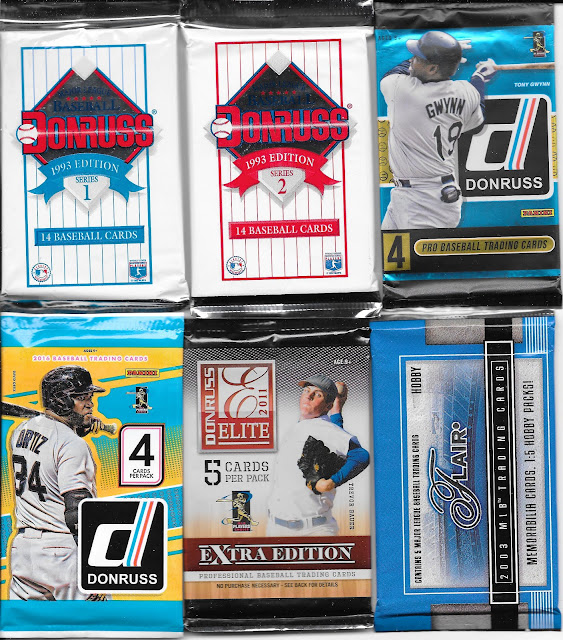 Donruss, like Bowman, I am missing a much in between, but have a good span of years.

I am not a big fan of Extra Edition at all - just because it is such a focus on pre-MLB stars, but still keep the pack.

I am really curious about the Flair package as I have only seen the one which I got a few years ago in one of the Target repacks of 10 or 20 packs. 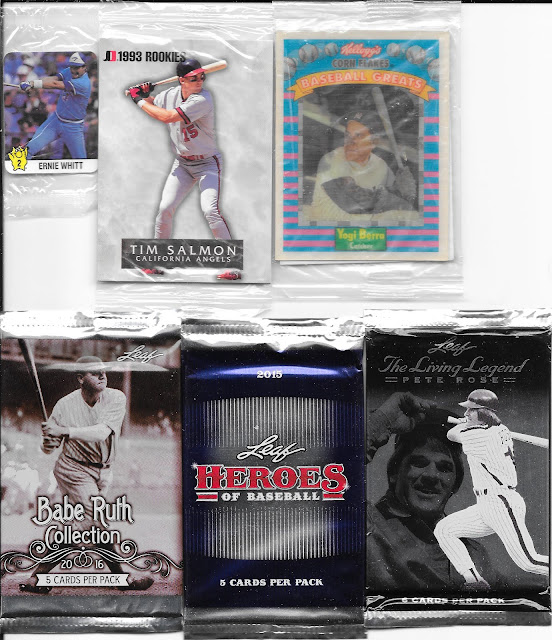 Always like some of the more off ones like Kellogg food issue, Hostess, and even the quirky Babe Ruth and Pete Rose set packs as well. 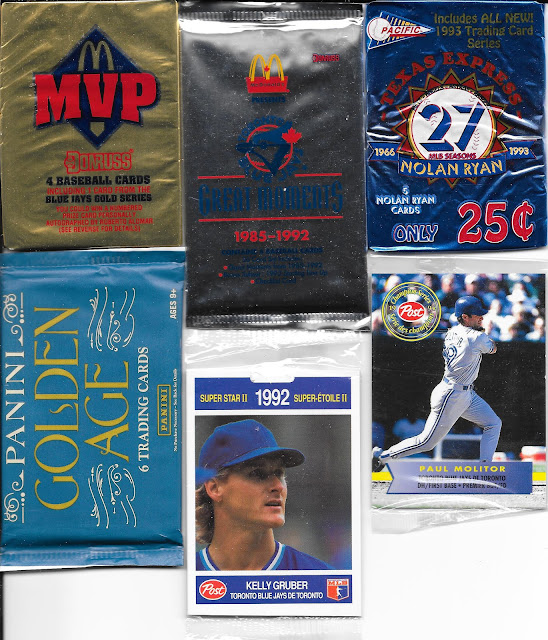 When talking food, and food issue, need to also mention McD and Post cards as well. 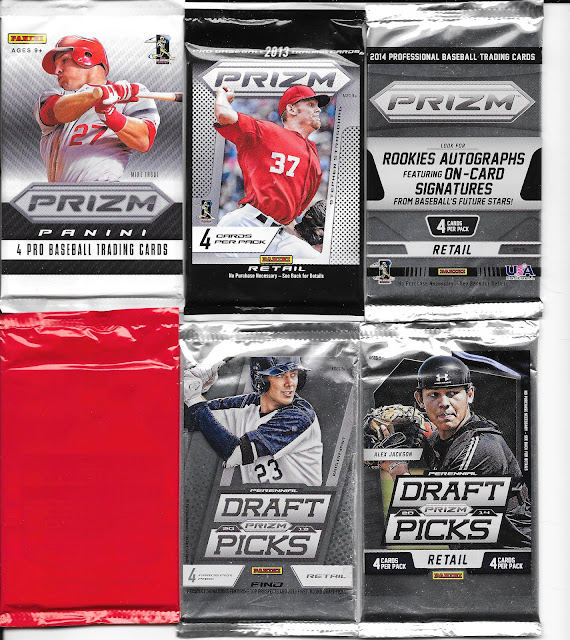 Not a fan generally of Prizm and Panini sets which are so focused on prospects. Now factor in that some of the special insert packs are simply red covered wrappers without any reference to what they are....fail. 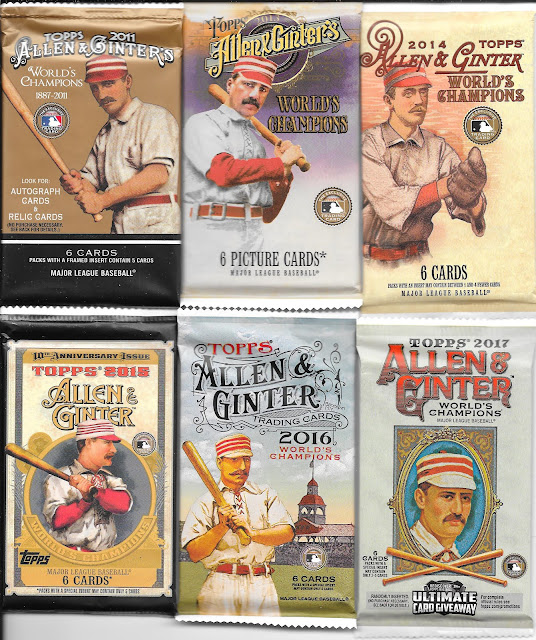 This is what I really like to see with these unopened packs - a nice run of them to be able to see the progression and changes over the years. A&G is a set I do enjoy for the old time, vintage feel, which is quite clear over all the designs. 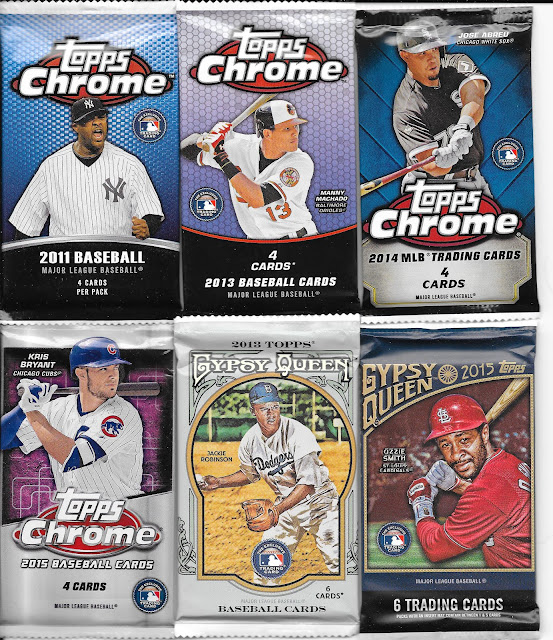 Chrome is about the exact opposite of A&G as well as Gypsy Queen. 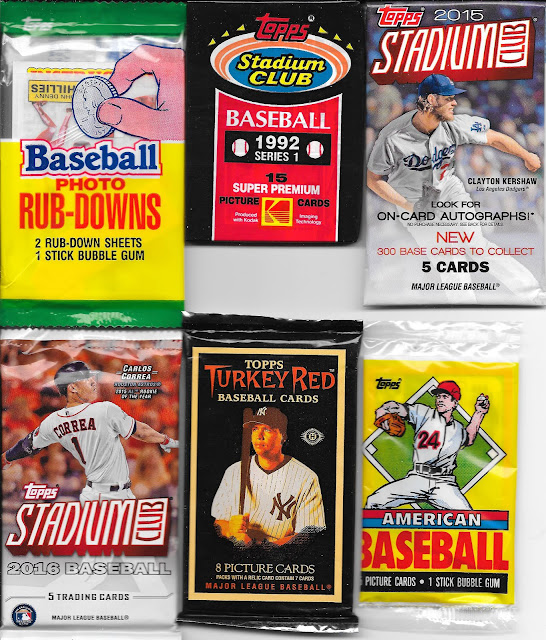 Under the unusual - I have a box of the Rub Downs which I never opened, but also this one off pack which is nice to put in the collection. I wonder if they are still in perfect condition... 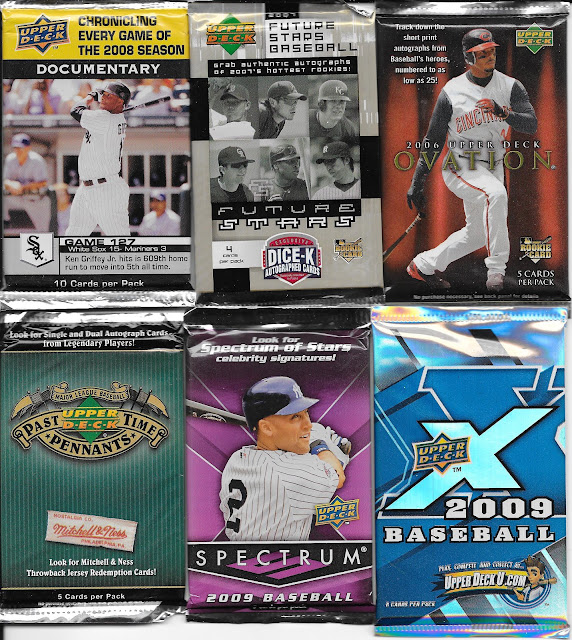 I'll end with some of the Upper Deck unusual set packs. I have a few cards from Documentary (a huge set - go figure). I don't think I have many of the other sets either - maybe a handful of Future Stars Baseball cards, and that is about it.