Some days, are just great days. The Santa Lot 20 have just about everything I could want....a Leaf card, a couple inserts/serial numbered cards, some 2004-05 Upper Deck Legends Classics set cards I need, and some 2005 Upper Deck Classics baseball cards I needed as well. Even for the traders, a couple football inserts as well. It would be awesome if each day I could have so much!

Before getting to that, it was also a great day in what came in the mail today. I picked up the following two cards for cheap on Listia - and I am a sucker for jersey cards... 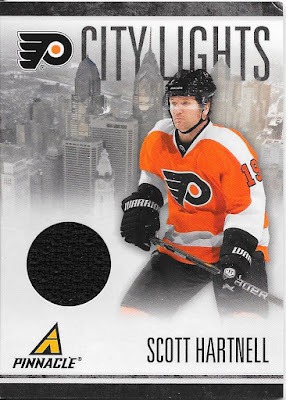 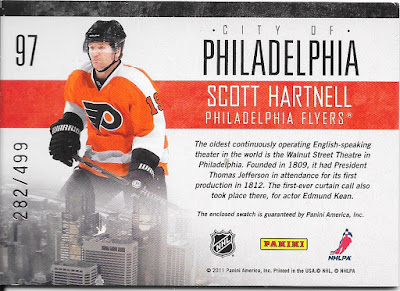 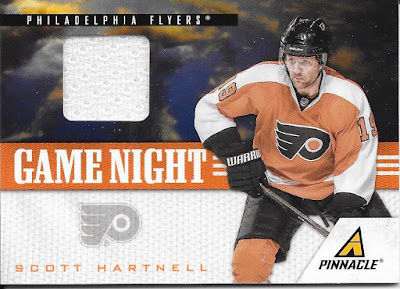 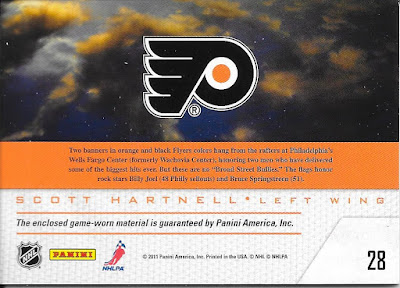 Have to like the first with the serial number and interesting historical fact on the back, even if it does have the slight nick in the top right corner. I'm not a big fan of Hartnell per se, but these were nice enough cards, I couldn't resist. Too bad they are plain swatches, but I don't mind! 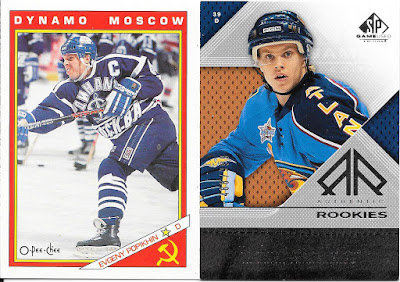 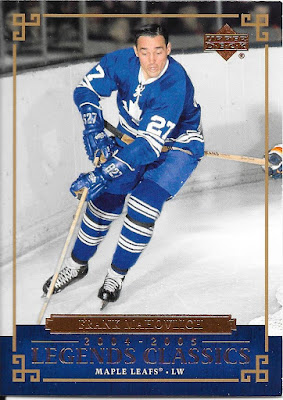 Have to go with Frank Mahovlich for one - especially given the set. Other highlights include an insert from 1991-92 O Pee Chee (the Sharks and Russian insert set) and a first time debut from the Santa Lot 20 of a new set - 2007-08 SP Game Used which is a serial numbered Enstrom rookie card - not bad at all! 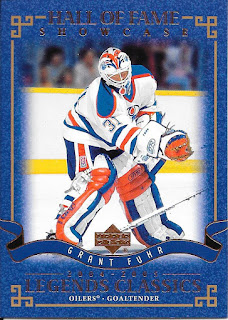 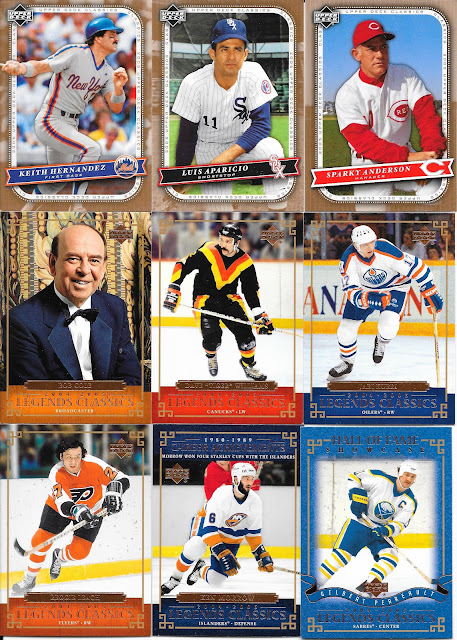 I was tempted to put all of these in the highlights as well because they are just so good. Keith Hernandez of Seinfeld fame - though I hear he also had a baseball career of some kind, and my all time favourite manager in baseball - Sparky Anderson. Combine that with a great Bob Cole card (amazing that they give some credit to the great voices of the game - awesome idea) and others, including another favourite of mine - Grant Fuhr - and I think hands down this is the best 20 yet. 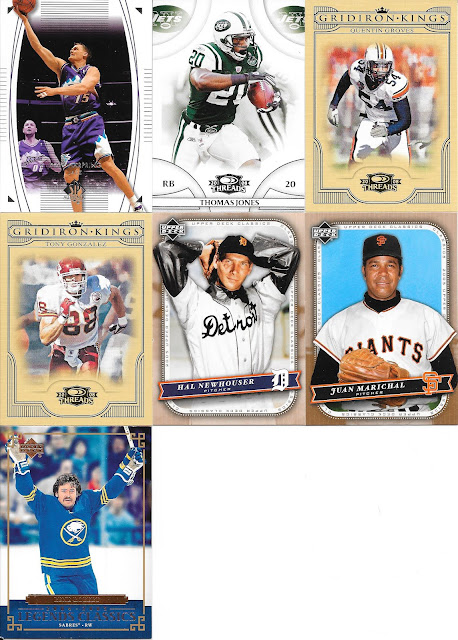 Getting a couple dupes of the great sets above isn't a bad thing, and add in the couple football inserts as well as I think the worst card of the bunch is "just another" 2003-04 SP Authentic basketball card.

Wow - going to be hard to beat this group of cards....