Picked up a couple Jays on Listia. Although no Jays were represented last night in the Home Run Derby, it was a great event - I am enjoying the new time and bracket set up to the event. I'm not one who necessarily enjoys change, but I think they got this one right. 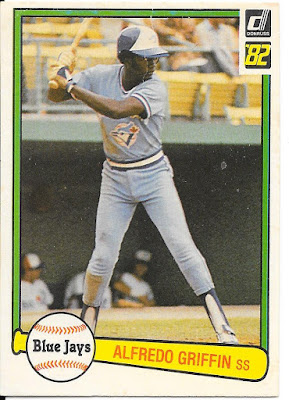 Anyway, I know it's not a huge number, and is about half of my Blue Jay collection. It also includes the multiple copies of cards, but hey, it is still a milestone and we reach it here with today's Santa Lot 20! 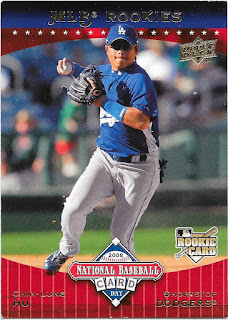 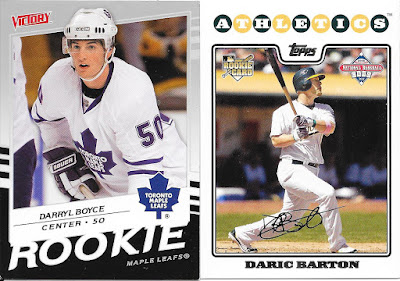 The other highlights, I will consider inserts given the small set size, and are not really the base set cards, as they are National Baseball Card Day. I had not seen either of these before, and like the upper deck one a bit more than the Topps one (though I wasn't a huge fan of the 2008 Topps set design to begin with).

Nothing spectacular for keeps here, but another rookie card isn't too bad. 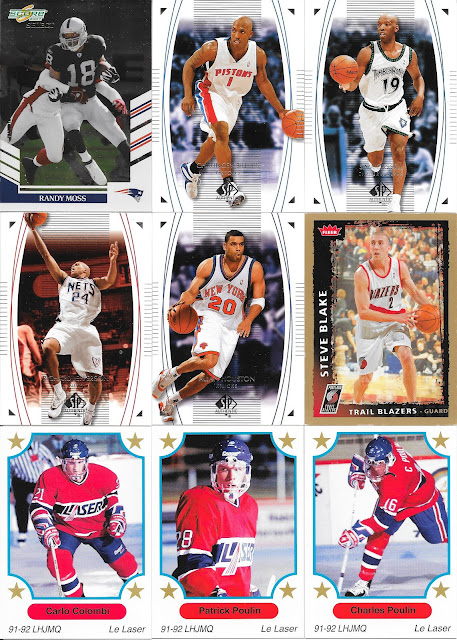 A chunk of 1991-92 7th Inning minor league hockey, a nice duplicate 2007 McD checklist, a Glossy parallel Fleer basketball card - and some new to me 2003-04 SP Authentic base cards. A varied number of cards which is always great to see - though I'd still take more hockey and baseball.