Just three different sets touched on today with the Santa Lot 20 - and only one of those I will be keeping, but goof news is, it is a set we haven't seen before. 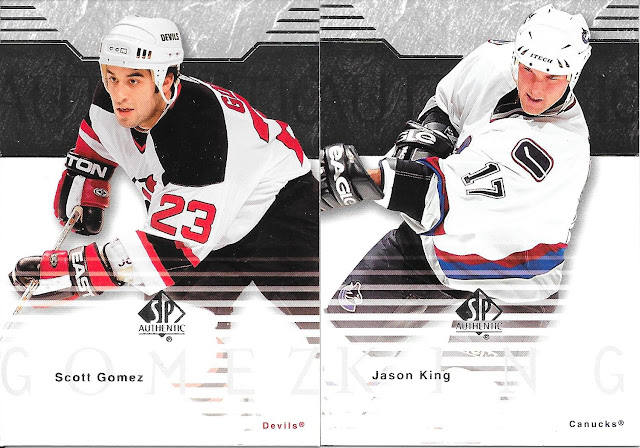 Definitely had some SP Authentic hockey sets come up with the Santa Lot 20, but these are the first from 2003-04. I get they are trying to be a bit fancy with the front design, but I'd rather just have nice full pictures on the front of the cards instead of the horizontal design they are using interfering with the photos. 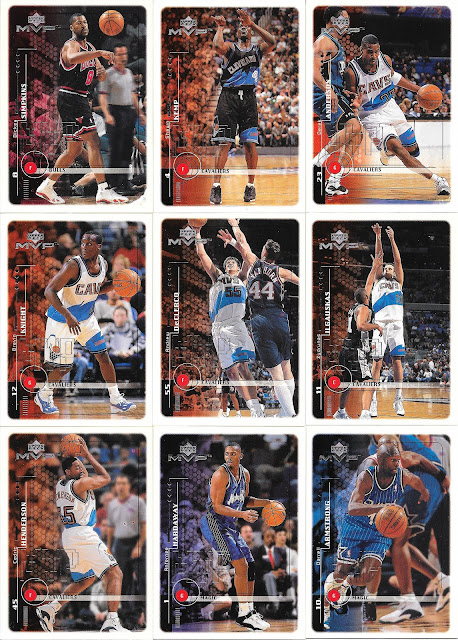 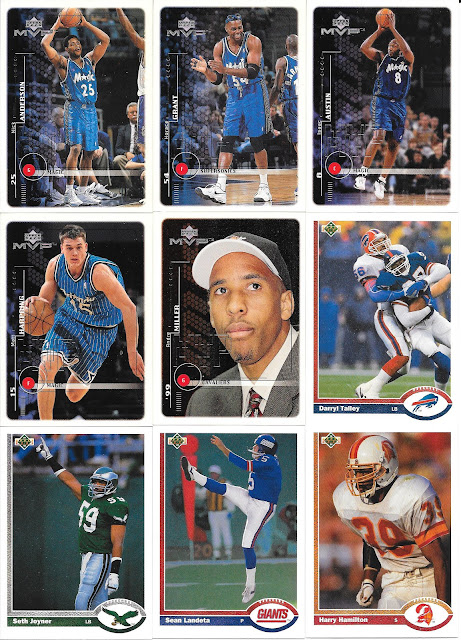 A lot of Cavs and Magic in 1999-2000 Basketball Upper Deck MVP coming up as well as a few more classic 1991 Upper Deck football.As far as star power in these cards - Shawn Kemp (who was made as a SuperSonic before becoming a Cav) and Tim Hardaway were stars during the time, though neither team made the playoffs in the 1999-2000 season.