Completing base sets is a goal for many collectors, some do so by avidly seeking out and buying the missing cards, some like myself, do so in a more passive way (at least until you get down to the last few cards). Today's Santa Lot 20 brings a few cards from a couple sets at varying completion levels. 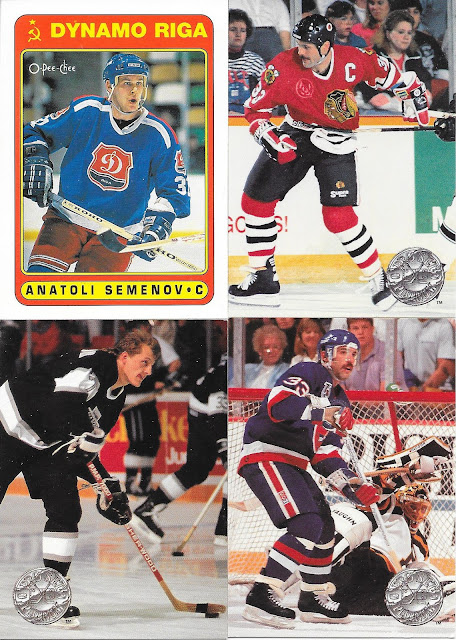 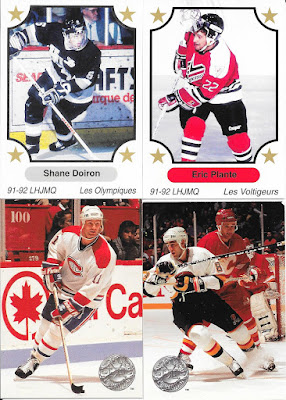 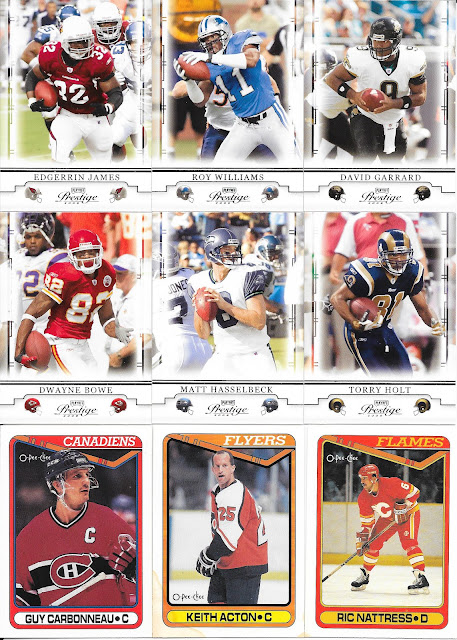 The good - the 2008 Playoff Prestige cards are all new to me and bump the 100 true base card set to 37% completion. Also, since a number of my 1990 O Pee Chee cards were from packs I opened which had some gum damage, I will have to check if these are an upgrade in quality of the cards at least.