As I mentioned yesterday, I think this box will likely be the bext one I have this year, just based on the fact there are three promised hits in the box of 120 cards (well, 114 cards if you remove the one keeper pack I'll separate). 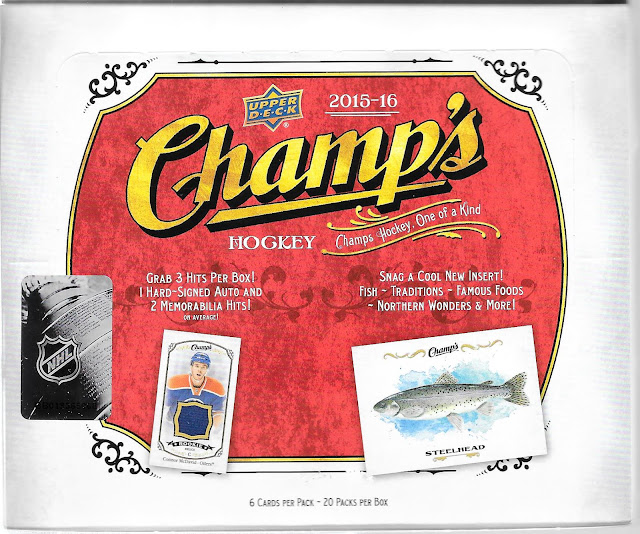 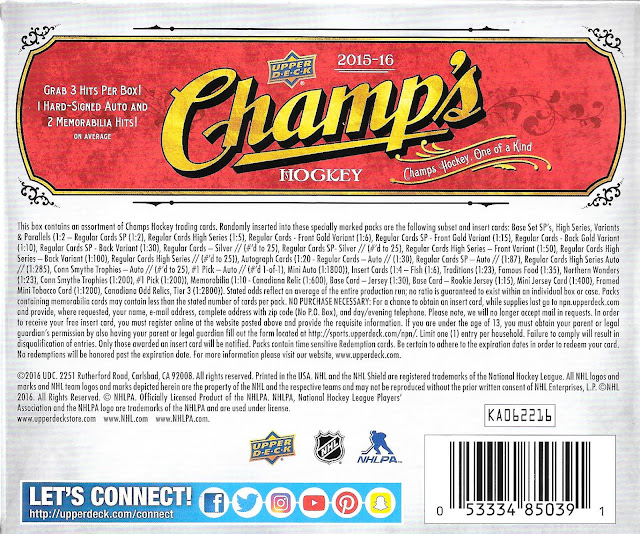 At this time, I have a single card from this set, so don't expect to end up with a duplicate per se - but if I do, not the end of the world.

I will also say, I have taken the packs out and cheated - there are two packs which feel different than the rest, I am assuming these will be the couple memorabilia hits, so I am saving those two for last. I really did it to try and avoid picking a keeper pack that has a memorabilia card...though I could still luck out and it could be the on card auto...

Here is what the packs look like, and the one I am putting aside for the unopened pack collection... 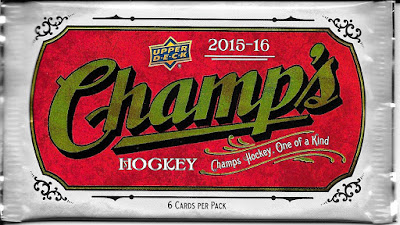 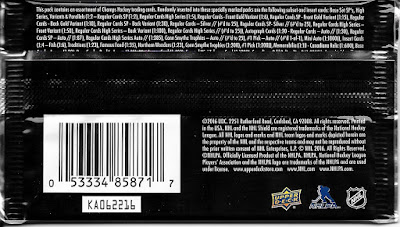 So, without further ado...let's get to the first pack... 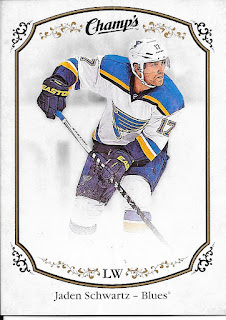 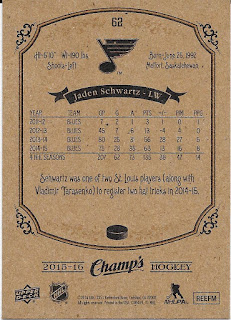 As there are only six cards per pack, I will show backs and fronts. Especially since I need to scan almost all the cards anyway, as there are many missing on tradingcarddb.com, and I do try and do my part where I can.

The designs are very O Pee Chee reminiscent, lots of white space on the front which is a bit too much, but leaves it fairly clean as a look. It also contrasts the cardboard brown backing.

Oh - and plenty of shadow legs on the front...a bit faded into cloudy smoke I guess. 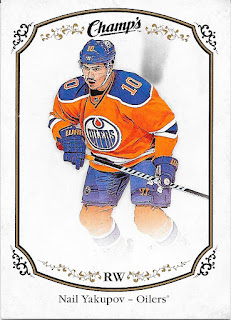 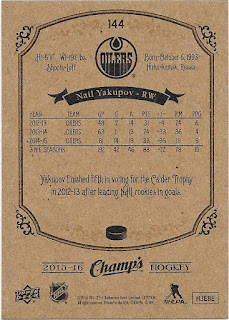 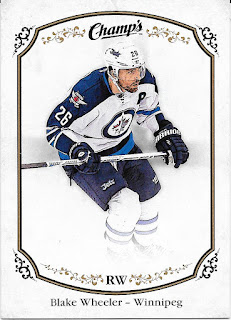 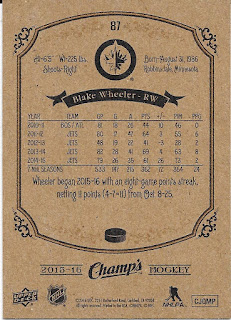 Some solid players in the base set. 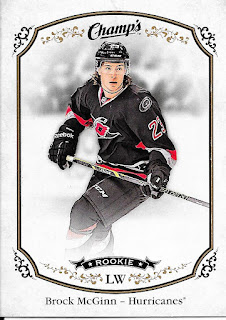 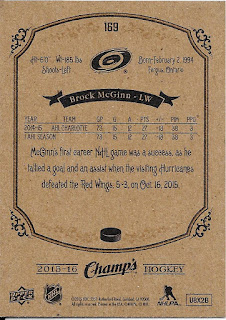 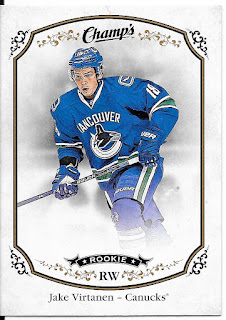 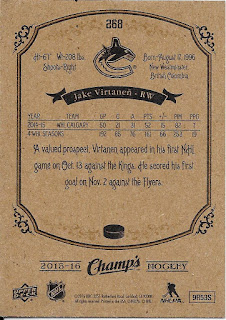 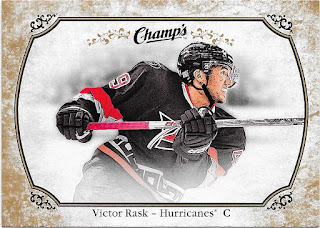 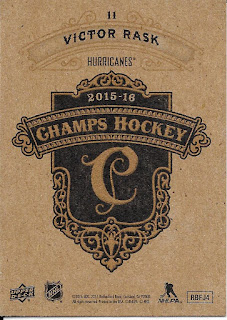 We end with the first parallel, and not just the gold, but the gold back with the Champ's logo - which are one in every 10 packs. Might see maybe one more in this box then, but a good start here.