Finishing with a dupe

Today, the final pack out of the 2017 Topps WWE blaster. A solid box so far, and going a great way to completing the base set, but did finally get one card I already had - one of the 6 cards I started with before this blaster... 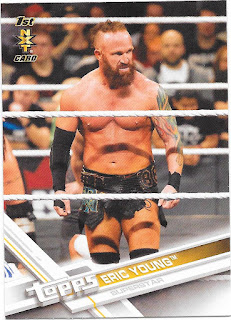 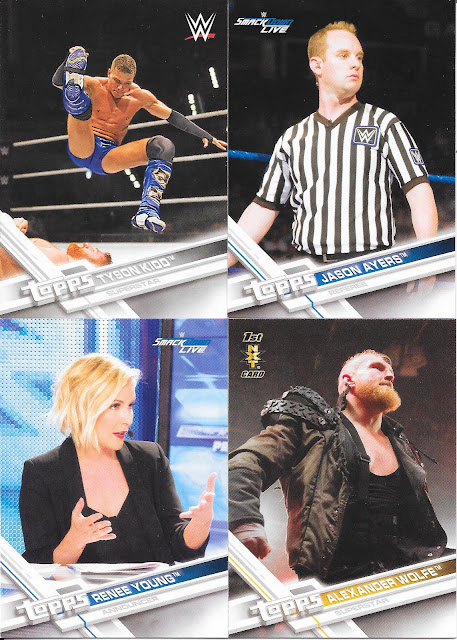 The rest of the base cards are all news adds, and push my base set to 53 of 100 cards. I have another blaster to open later, so will have to see how much more I can get, but happy with the progression so far - and another Renee Young card. 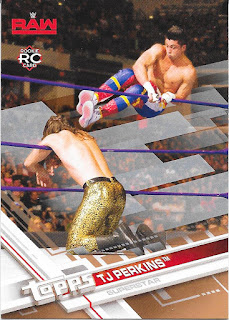 Here is the 5th bronze parallel I picked up, which is on par for a 10 pack blaster. 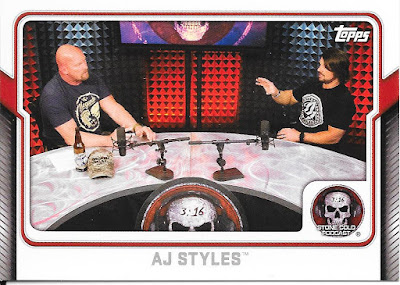 In 9 packs, this is the third podcast insert - which, since they come every 4 packs, put me ahead of the game.

So scores for boxes so far this year...

Looks about right with the inserts being a bit above average for the box overall.

Back to some baseball and hockey I think for the next little while.
Posted by CrazieJoe at 8:00 AM