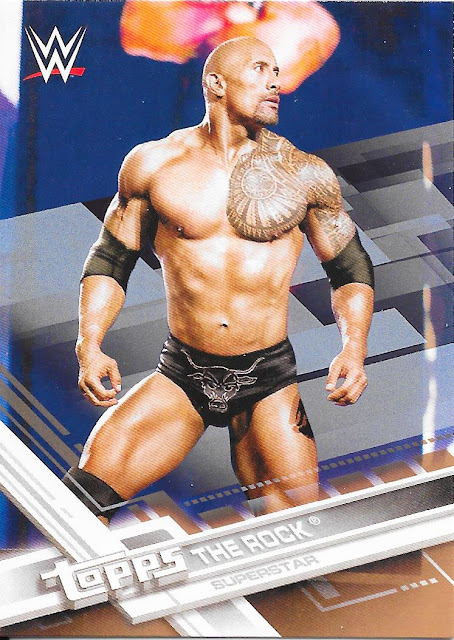 Here we have card number one of the set - except the bronze parallel of it of course. There is also a variation, but this is the..."regular" version. If you want to take a wrestler who should be considered for a bronzed statue - Rock would be one of them, as evident by the pose.

All the base cards that are new cards for me... 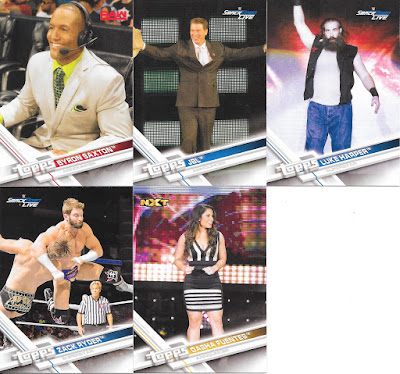 I think the most noticeable thing in these base cards is just how white Harper's shirt looks. Since debuting with the Wyatts on the main roster, not sure if that shirt was ever washed. It got more and more yellowed and stained over the years. Thankfully the shirt was changed when the whole Bludgeon Brothers gimmick started. 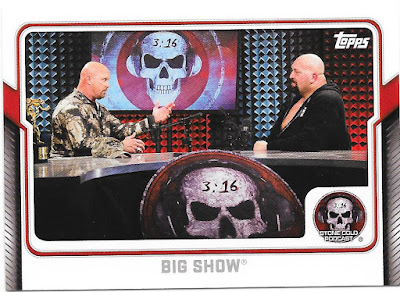 We end with another insert from the Stone Cold Podcast set. I enjoyed the show with Big Show, two guys who were around the business for years, and they shared a number of stories about their time, and Big Show making it - one of the better shows if you are going to catch any of them.

Today, I received one of my Listia wins *there are less of these nowadays as I find the site seems to be dwindling a bit as I think the whole currency change and the cryptocurrency devaluing from about 10 cents each a ear ago to about half a cent each now, just drove some people away.

As you can guess - a Winnipeg lot, and only picked it up for the Smail card I needed. I still have a while to go on this set, about 60 cards, but slowly pick up cards like this when the price is right. Given the weak price on the currency, these cost about 10 cents and included free shipping.

Not sure how much longer I will stick around Listia - truthfully, probably will keep on there but just end up getting less.
Posted by CrazieJoe at 8:00 AM