I mentioned it the other day, that some of the cards received were minor league cards, like... 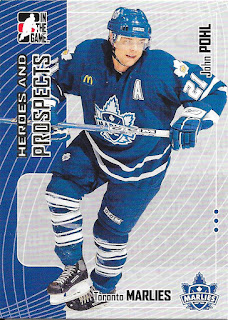 Does give decent trade material, so always a plus.

All the rest, keeper Leafs including... 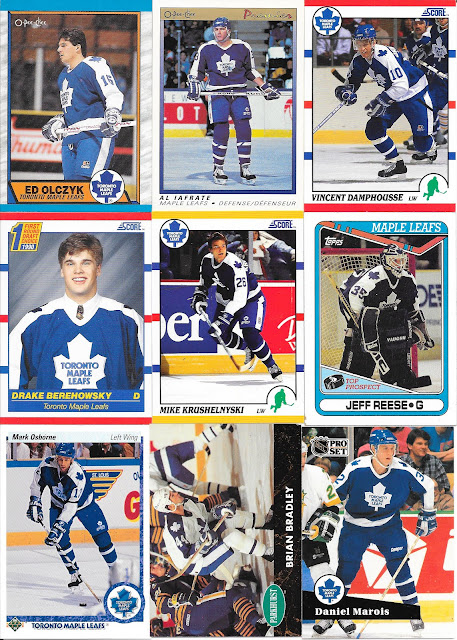 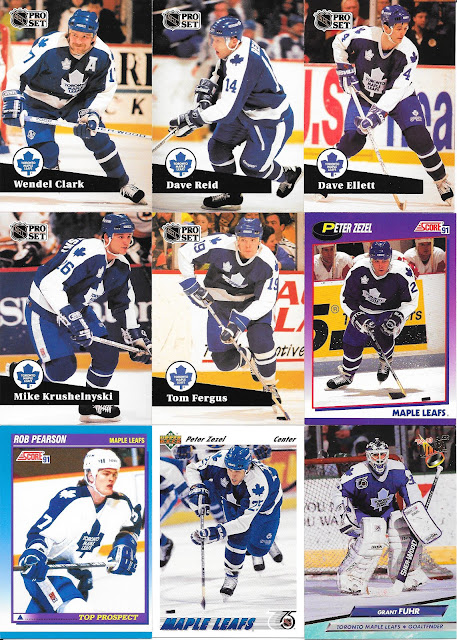 1991-92 Pro Set may have been an overproduced set, but these are adds for me because they are the French version! I am sure it was also overproduced, but I haven't seen as many come up for trades and such so these are nice to knock off. I don't typically collect non-English cards, but will make an exception for the major releases in Canada that include a French version. 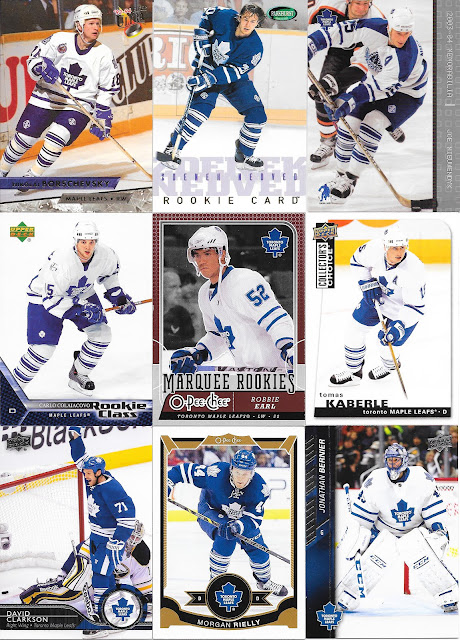 Now we get a bit more interesting and a number of new adds as we get into the early 2000s. The middle row were all new adds for the collection. I have seen a bunch of 2008-09 O Pee Chee cards from the Santa Lot, but it didn't cover all of the base Leaf cards, so I still need a few more there. 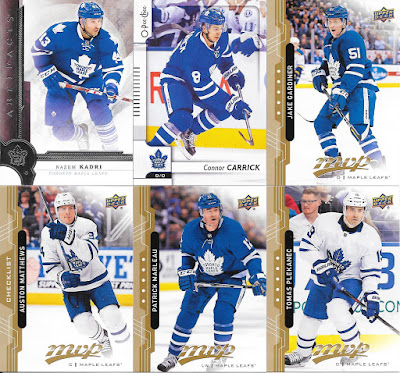 Love me some Artifacts cards of pretty much every set. Didn't need Nazem, but I'll take a second, no problem. The MVP adds were dupes as well, just as I had received a number of the recently, but again, like the design and happy to take dupes.

Another fun bunch of Leafs, and I am only about half way through the box!
Posted by CrazieJoe at 8:00 AM