Last day of the big box of blue.

Like yesterday, a few non-Leaf Leafs. I will say, some of the Heroes and Prospects designs are too bad, though they can use a bunch of space on borders.

Nice to see a needed Gold Score parallel card. I am probably a while off of actually completing the base set, but may be on the horizon in a couple years. 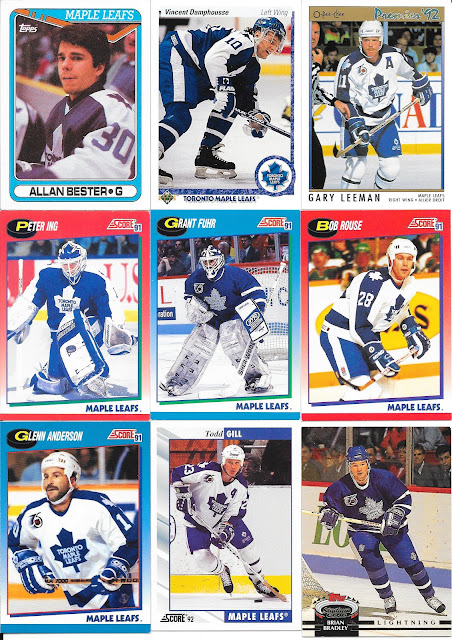 Hey, some Stadium Club! Always nice to see and get. 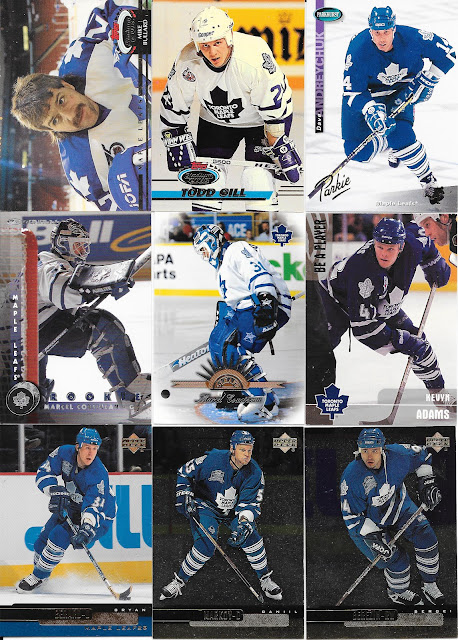 A nice Parkie parallel of Andreychuk along with some late 90s Gold Reserve. 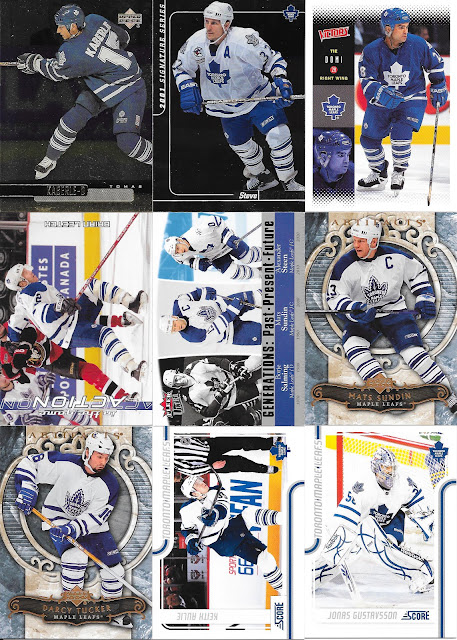 We end the box with some nice Leaf Artifacts, and one of my favourite inserts from Ultra with a Generations card for the Leafs.

Nothing like a great box of hockey cards to cool off at the end of July.
Posted by CrazieJoe at 8:00 AM