Taking to the air

I don't care which sport, but getting a good picture of an aerial act can make all the difference for a card. In baseball, it can be the slide for a catch or a steal, in hockey, the aftermath of a hit or dive for a puck, and in wrestling, a top rope move.

Today we get to celebrate a couple pretty nice pics of such. 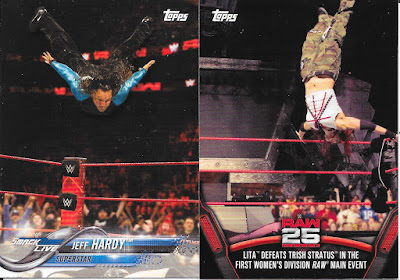 It makes for such an interesting pose - Jeff Hardy here with the head on shot. Only downside is that you completely lose his legs due to the black pants. Lita's comes off better in this regard, but both show the athleticism of the moves well.

I can't believe how long it took from that RAW main event women's match, to then do it again and get a real division push. This was Trish and Lita circa 2004!

The rest of the base cards...

Otis is a big dude. Put his card beside Mandy and he seems like a really big dude. 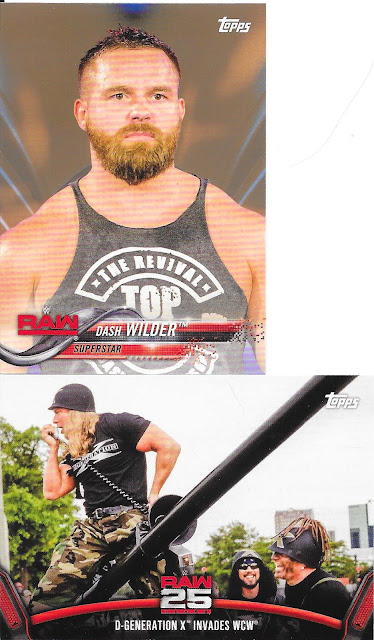 A step up on the bronze insert here with Dash. That said, if I didn't already have the base version, I wouldn't have known the background colour was different as it looks like a possible normal background.

I'll take on a quick add from Listia... 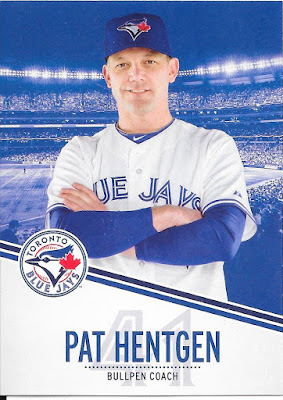 2013 team set card. I actually already have a couple of these complete sets, but gladly pick up any card for a couple pennies. Jays fan know Pat from his playing days for the team, well before his pitching coach days as shown here from 2013.
Posted by CrazieJoe at 8:00 AM