Another pack of 2018 Then Now Forever - and we get someone who came to WWE with a set character in hand. 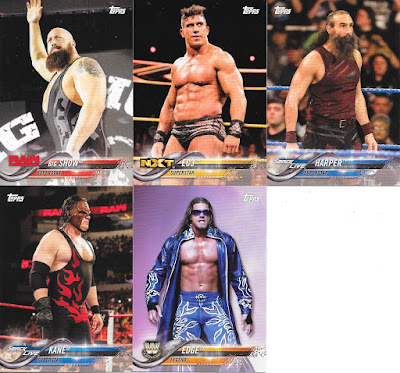 EC3 created his character in TNA / Impact whatever it was called at the time, and brought it with him when he came to WWE. The top 1% - a solid character, and he has the look...could be a top guy, but time will tell if/where that will happen.

Oh - and the Edge legend card design - very nice, and with Edge the purple hue background is excellent. 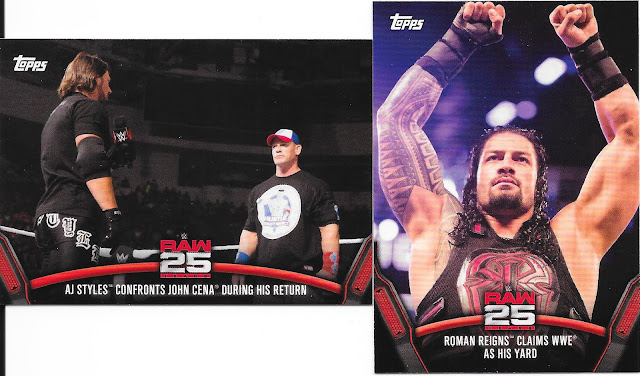 We end with a couple more Raw 25 insert cards of more recent times. I am a bit tired of Roman Reigns (character - the guy himself is great and all the power to him with his recent health issues), but can't get enough AJ - always continues to be awesome. 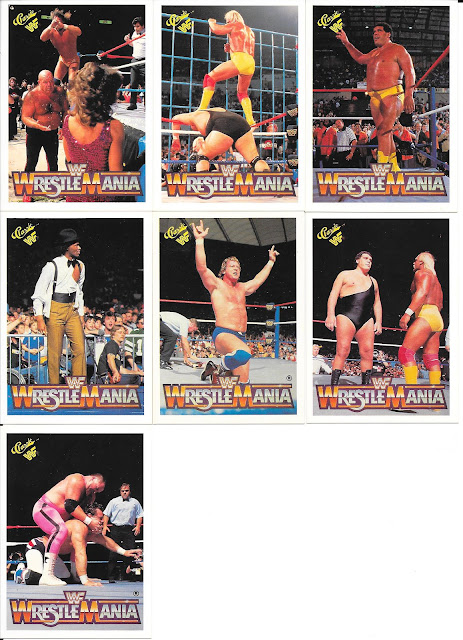 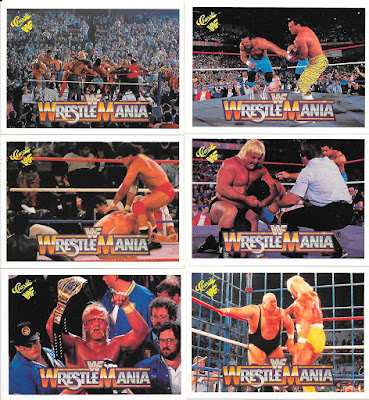 Wrestlemania II is the first show I really remember well as a kid - specifically King Kong Bundy being to me, such a big baddie trying to injure the ribs of Hogan....oh the time of Kayfabe.

As always, thanks for the trade!
Posted by CrazieJoe at 8:00 AM