We saw some yesterday, and we get more Supreme cards today. 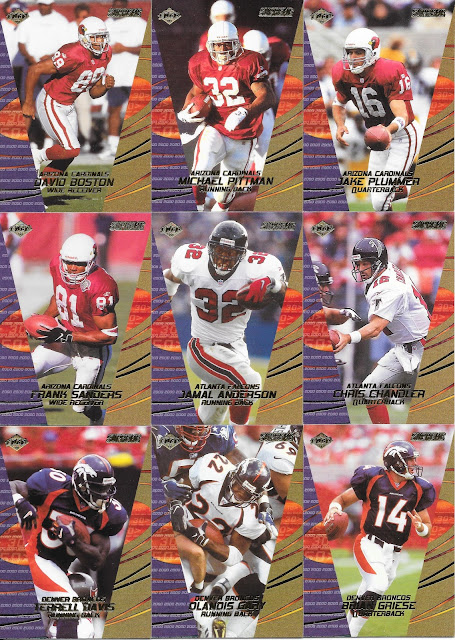 At under 200 cards, there are only a few players per team, and here we start with the start of the set, and looks like the teams are in alphabetic order, so nothing unusual there.
As for star power - not too much for my non-football following brain. 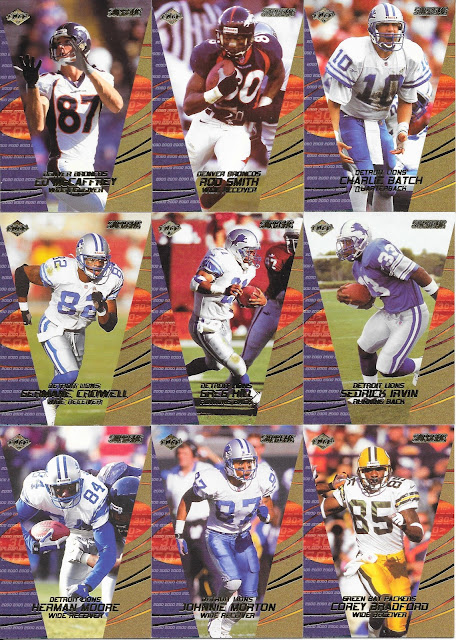 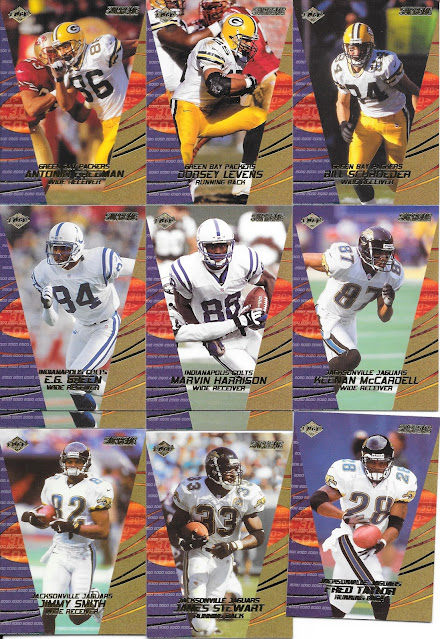 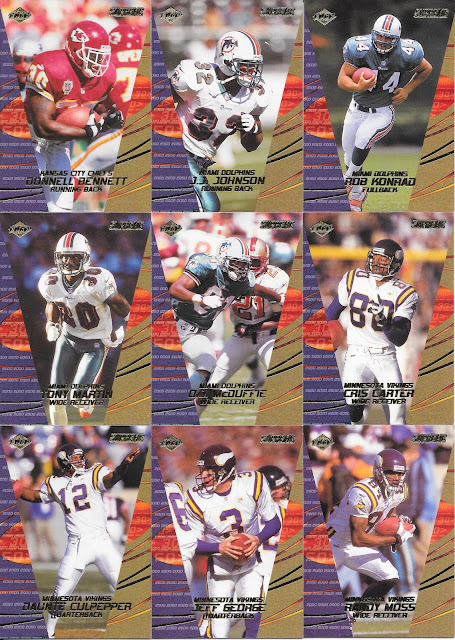 Okay, we get Cris Carter here at least, that's a name I know. Also true about Randy Moss. Again, seems like we get some star power, just not the top of the top which have been picked out. 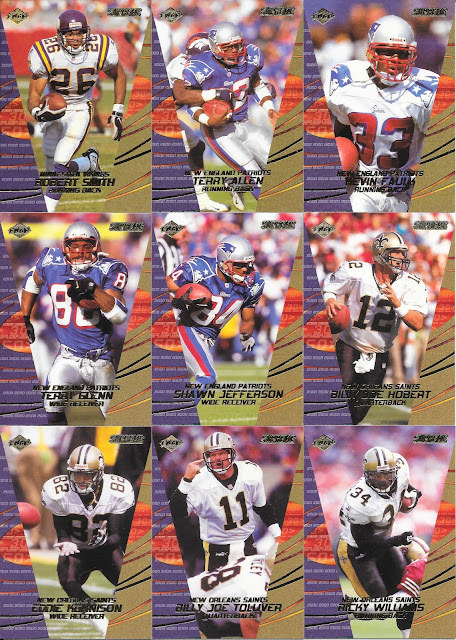 Well, at least we have a few cards with names I recognize like Tiki and Ricky Willaims.
As much as I don't mind the small base set for collecting purposes (as it is easier to complete), it does bother me when base cards are done as SNs. Just put them as an insert set so I don't have to differentiate between the real base set, and the whole base set that includes the SN cards. 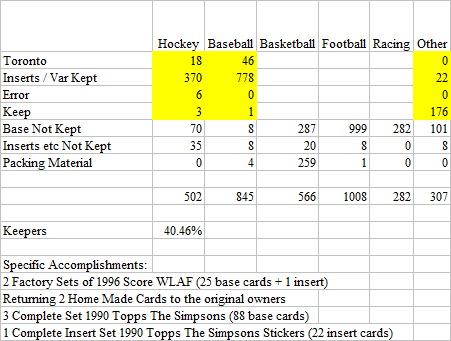 Let's end today with something I haven't received in a while...a No Purchase Necessary card. I still enter these maybe monthly...so not that much, and it has been a while since I won one of them...I think I have won maybe 4 all together. This won't be a keeper as it just isn't in my collecting sights, but I will find a good home for it... 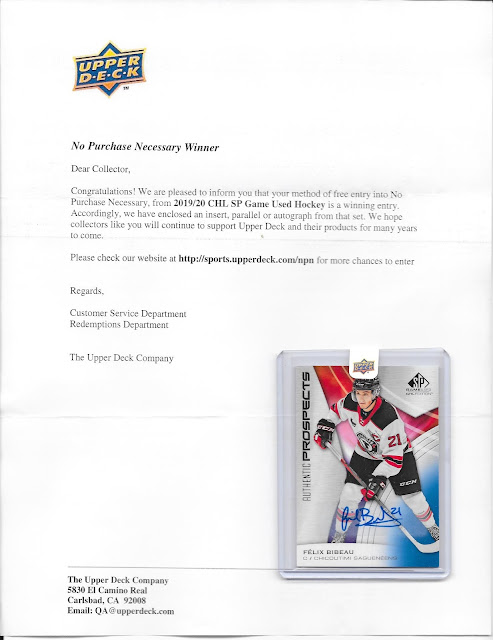