2006-07 Upper Deck Mini Jersey set is 130 cards, with the first 100 being the real "pure" base set and the last 30 cards being the rookie card subset. Given the small set, the cards today are enough for me to keep and put aside for a slow build at some point, at least on the pure base set of 100 cards if nothing more. 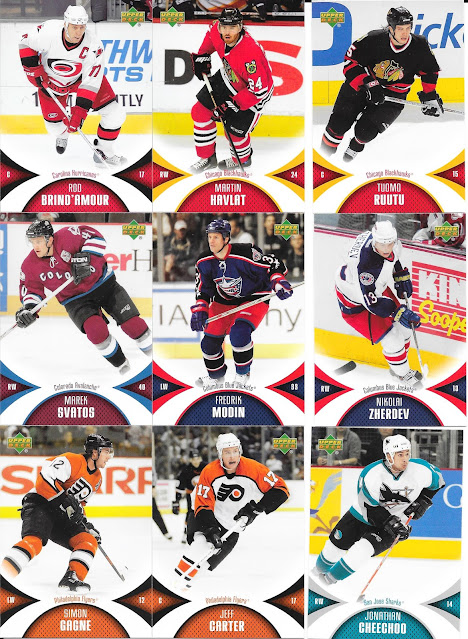 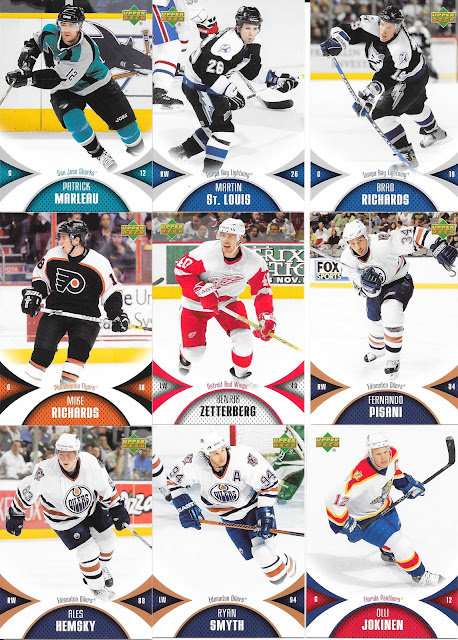 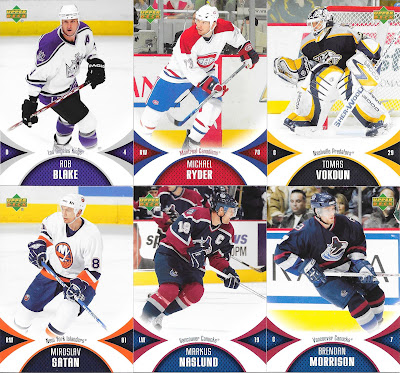 I believe it is the 2007-08 Mini Jersey cards that I have seen a good share of from the last lot of cards I picked up a few years ago, but this design does feel familiar - so good that they keep the styles somewhat similar year to year I guess.
I like the team colour use, and the way the design lines up with cards side by side, so team cards and colours seem to flow from one card to the next nicely. 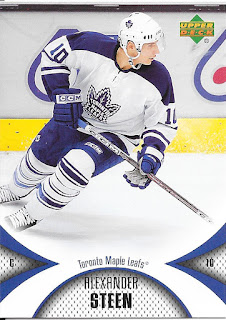 A lone Leaf in these cards, but a new card for me, so I'll take it, no problem.
As for the dupes... 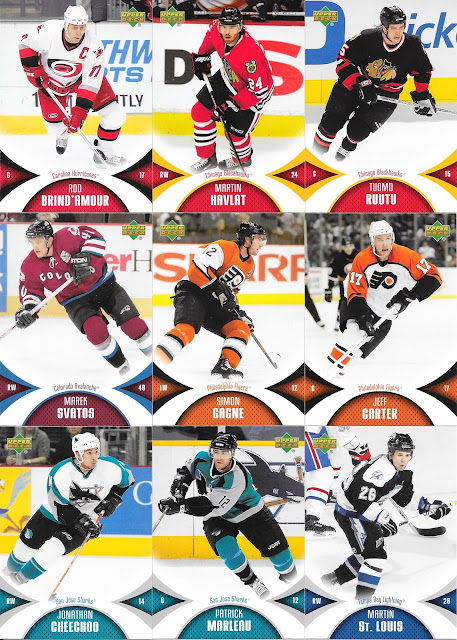 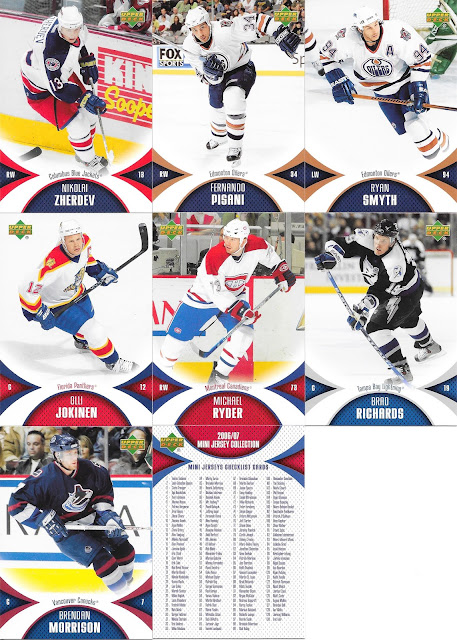 Seems many of the cards came in duplicate in this chunk of cards. Works for me as there are a couple cards I know another home for already.
I actually already had the checklist as it was an "insert", and don't need another. 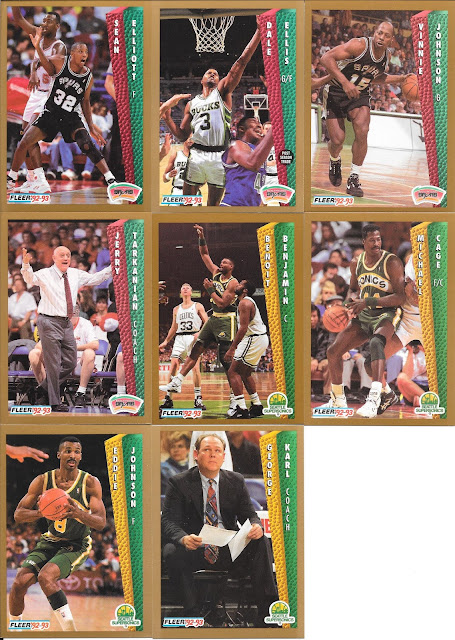 We end with some Spurs and SuperSonics.

A nice step up today from the last few! 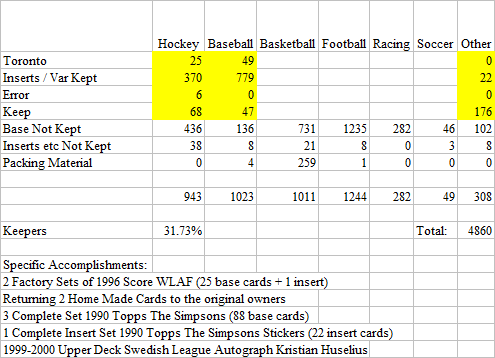 Let's end with a completely unrelated review of a couple cards I owned for a while, and are something different than I thought.
So I recently bought a black light off amazon - the excuse being for the kids to play with and for the wife to be disgusted by how stains seem to stay forever, but also so I could check out a few of my cards.
Specifically, 4th Edition Magic The Gathering cards. This set was the first one to have a print run in the US, and the quality of those cards are different, including a different gloss on the cards, much akin to playing cards, which stands out under a black light.
In normal light... 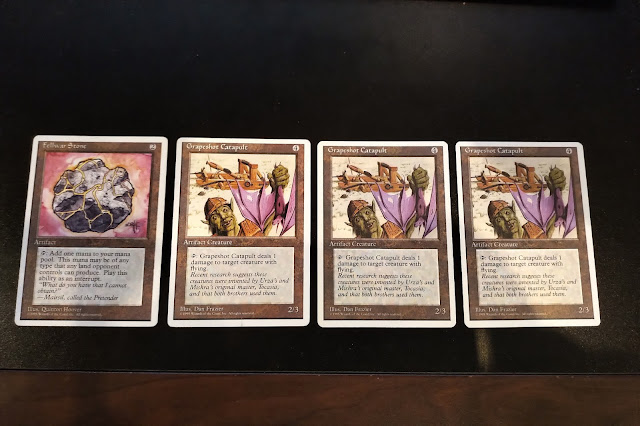 The two cards on the right are "normal" versions, while the two on the left are these alternate ones. Not much difference in the light of day but... 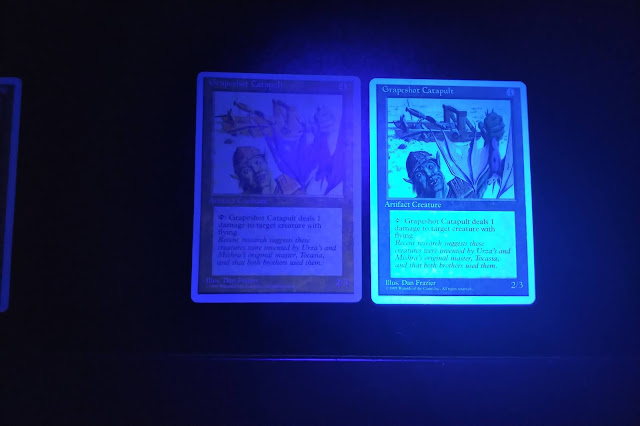 The gloss under a black light makes the card look dark. The bright white on the right is what the "normal" run cards look like. These alternate 4th edition cards are fairly rare, but it doesn't translate into huge dollars - more like maybe double the price - so 50 cent cards instead of a quarter.
Still - very cool to have a couple as I hadn't thought I had any.
Now, if you want to talk odd printing alternatives, we could talk about Summer Magic Revised edition Magic cards, but I don't have any of those, and those are extremely rare. A story for another time though maybe.
Posted by CrazieJoe at 8:30 AM