Sure, today we have the last (for now?) few SUpreme cards to show... 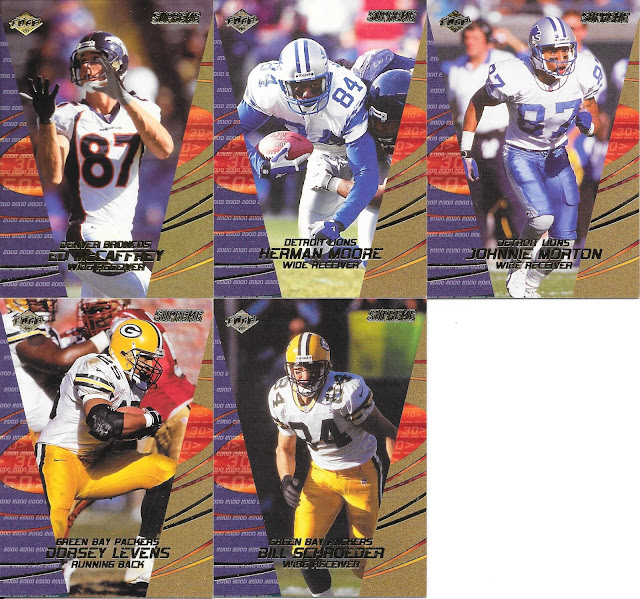 Moving away from football, we get some Flair.... 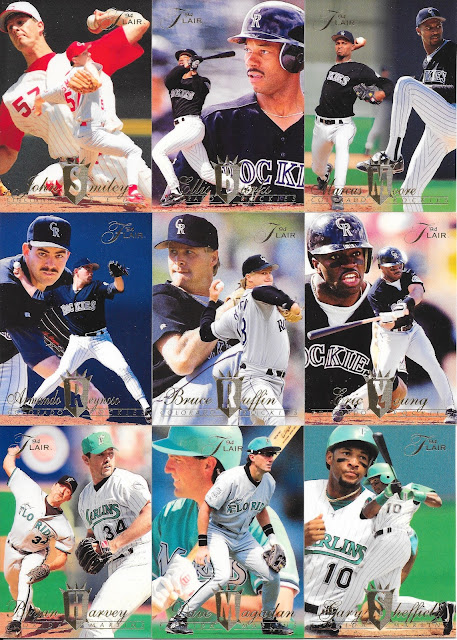 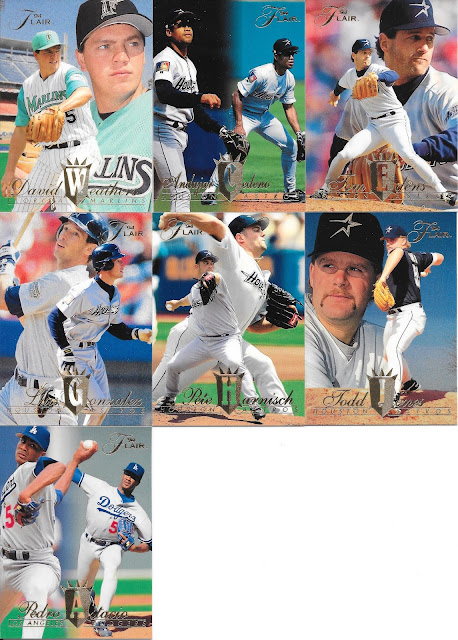 So yeah - plenty of fish and rocks here...Marlins and Rockies galore. The Flair sets were definitely something different in hand back in the early 90s. The cards are as thick as some thinner jersey cards, so nice cardstock, and with the glossy full picture front, they came off as being higher end, which was the point.
The 1994 year here is 450 cards, which is likely going to be too big a set to want to start in on with this small number of cards, but if more appear in the lot, maybe there will be enough to hold onto this one. 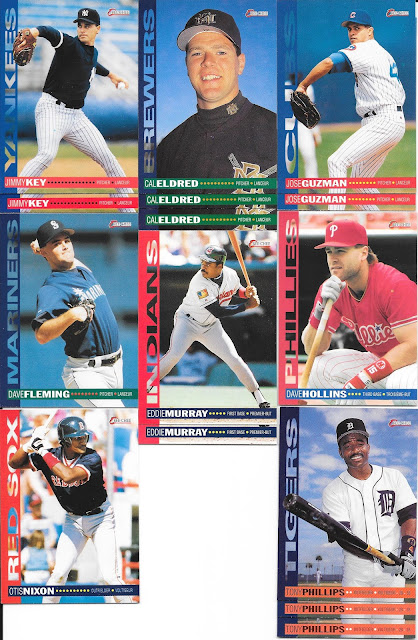 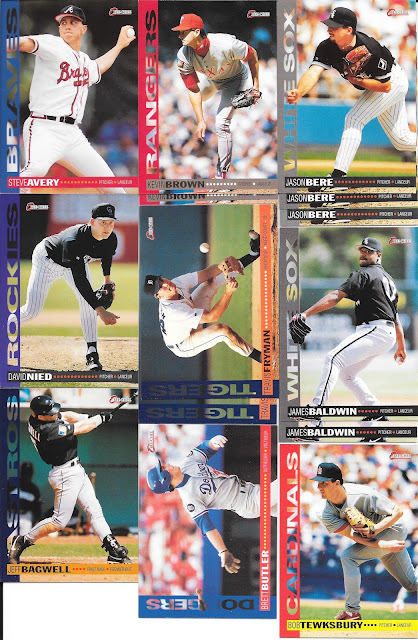 I know you are O Pee Chee baseball, so I do want to love you, I do, but 1994, I really dislike your design, I'm sorry. It's not you, it's me.
It maybe anti-Canadian to be against an O Pee Chee design, I'll have to go and double check the rules to being Canadian, but this set just doesn't look or feel "O Pee Chee" to me. It's like there was an identity crisis for the brand or something.

Another large set that I probably won't see enough of to keep for set building purposes. 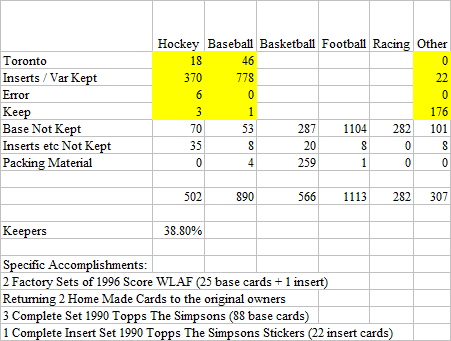