As we go through more of these basketball cards, seems the language still is a bit mixed - some French, and some German. Two different sets which actually each have two different releases. I haven't looked at why two releases, and if it was some sort of series 1 and series 2 thing, or something else, but either way, glad I am not really keeping any of these, so I don't have to figure it out too much! 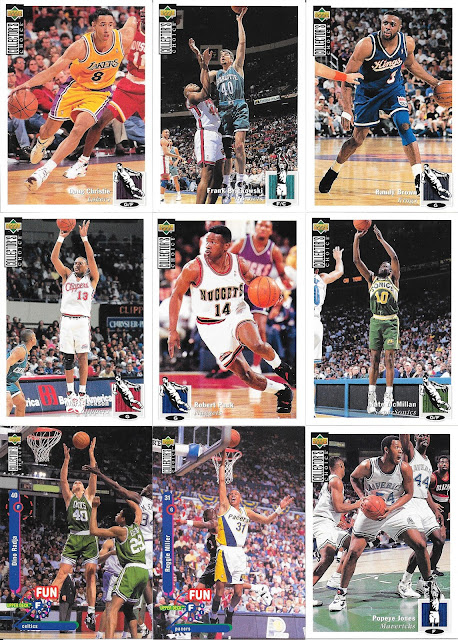 Doug Christie here, I know from his run with the Raptors which started shortly after this. After LA, he went to New York for a bit, then to the Raps where he played a key role. 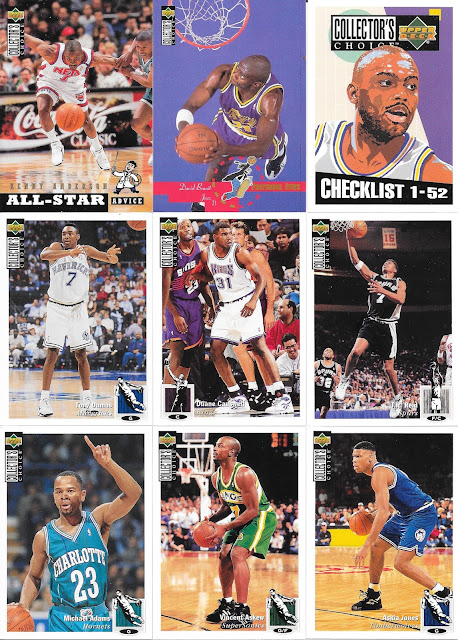 Notice the top right card and how the checklist 1-52 goes across the bottom. 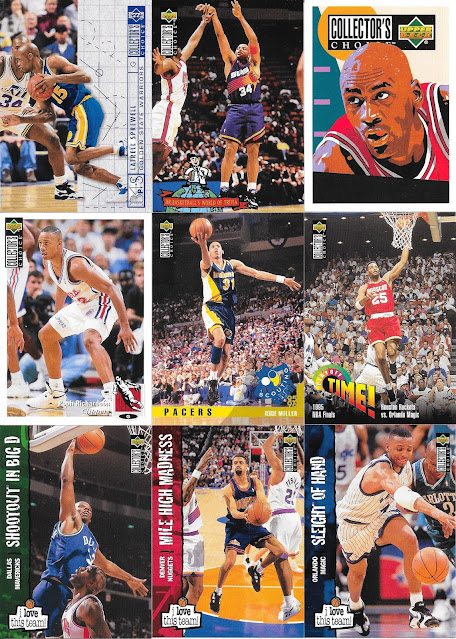 I can only assume that this same type of checklist note was supposed to go across the bottom of the Jordan pictured checklist card in the top right here. Does it count as a UER when the version of the card didn't have it, but another language version did?
Even in getting these together, I think I mucked up some of the French versus German...lol... 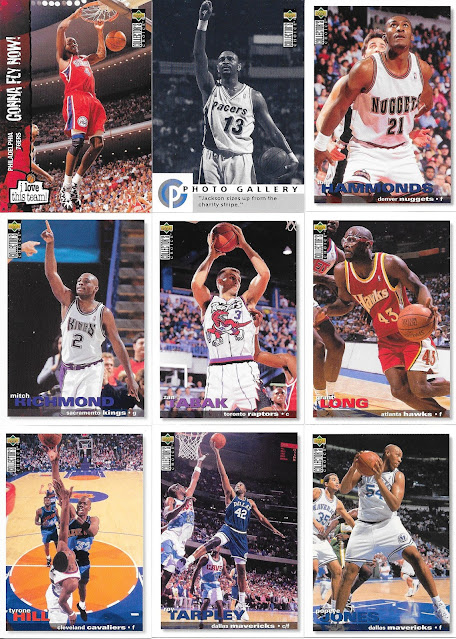 We get an actual Raptors here with Tabak dead centre. 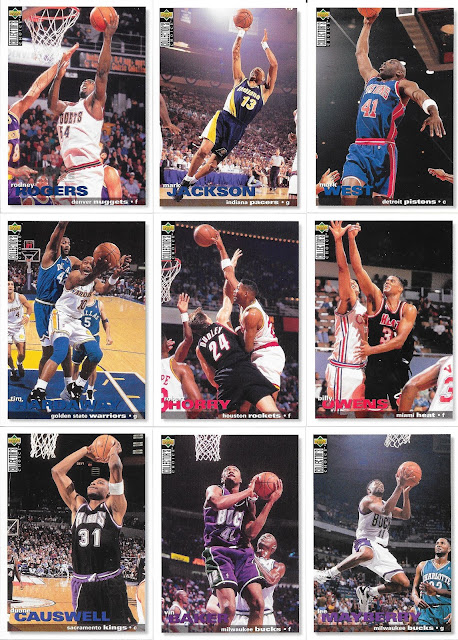 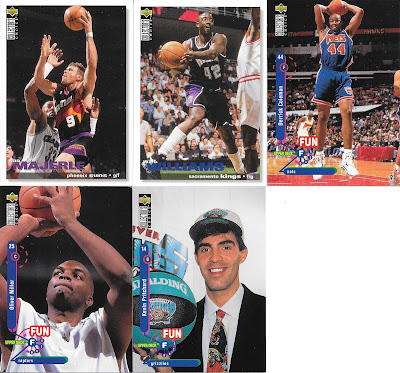 Another solid bunch of cards...just nothing I collect, but that's all good. 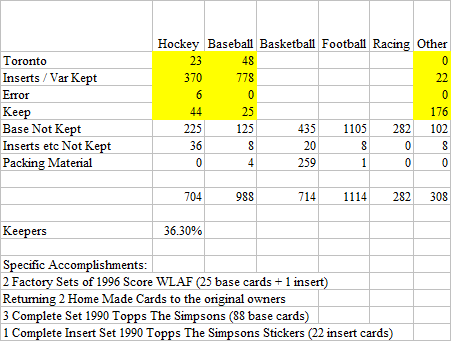