We pretty much split today's post between two posts and between keepers and not so keepers, and that's something I'd take any day. 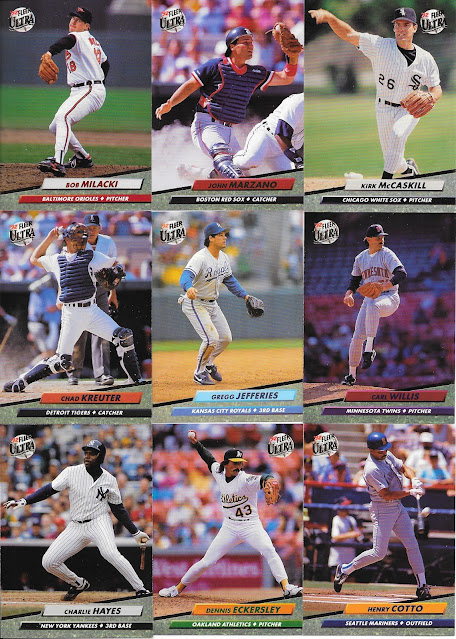 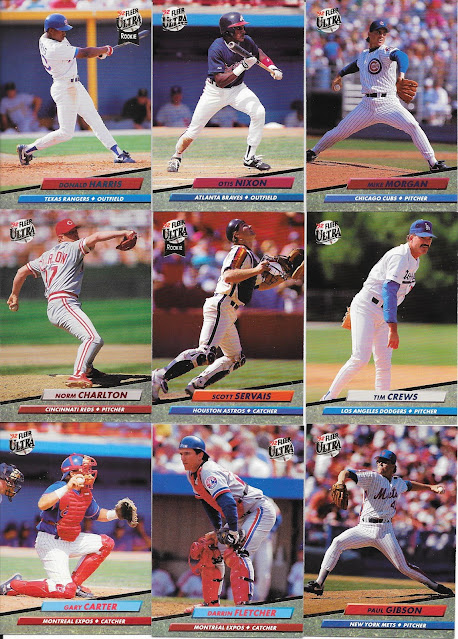 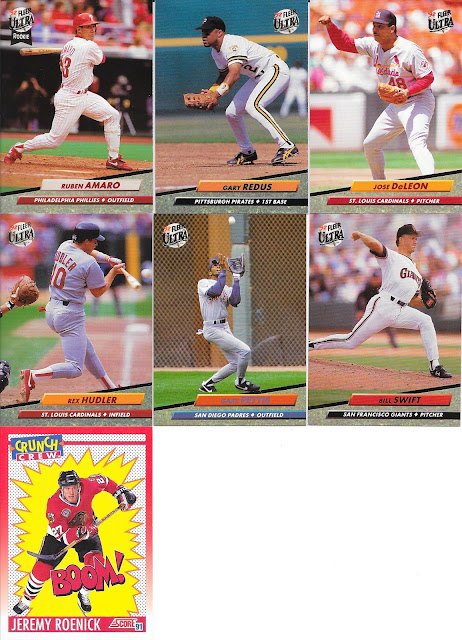 1992 Ultra Baseball has grown on me. I like the front - always have. The full picture, clear name and team with nice colours which represent the team, all kinds of good.
The back is what held it up for me. I am still not a big fan of the back, only one year of stats and a total line, no write up, a couple photo shots and a faux background design.
Still, a keeper set, and one I don't have too much of, so lots to keep here. Hey, it even has a Gary Carter Expos card - nice!

We tack on a single early 90s Score Canadian Bilingual Crunch Crew card. Yeah, sometimes the sets not only separated Canada versus American, but even English versus Bilingual. Surprised Upper Deck hasn't gone and added a Canadian bilingual parallel set to recent day sets...but I shouldn't give them any ideas. 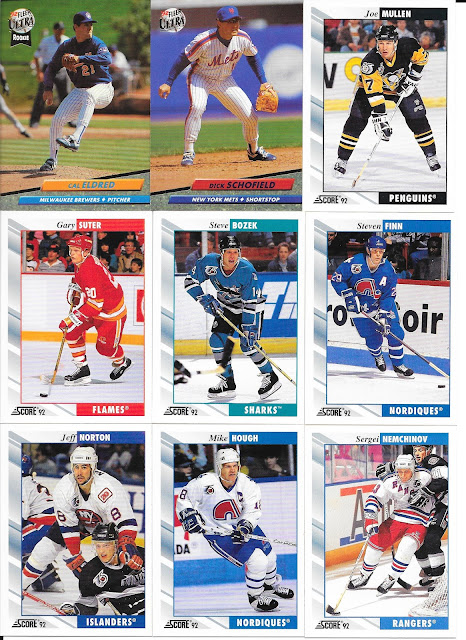 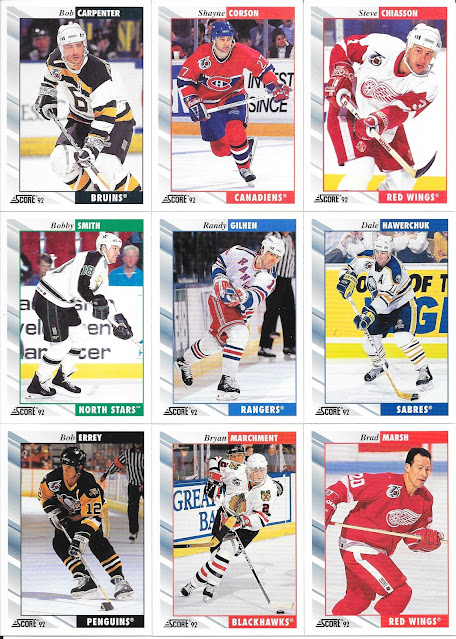 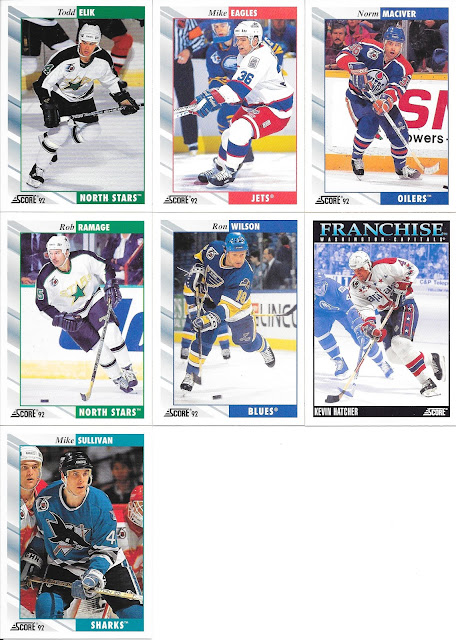 1992-93 Score (as opposed to Score Canadian which was the Canadian release) is a decent set, just not one I have seen too much of. The design is fine, and though there isn't much for me in them, I have a few team collector people to pull for too, so some of them will find specific homes to go to. 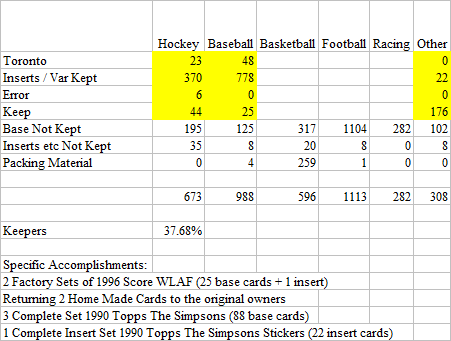