Some Gold and Boots

A bit out of place here, but I am not complaining as it is a card I will keep. 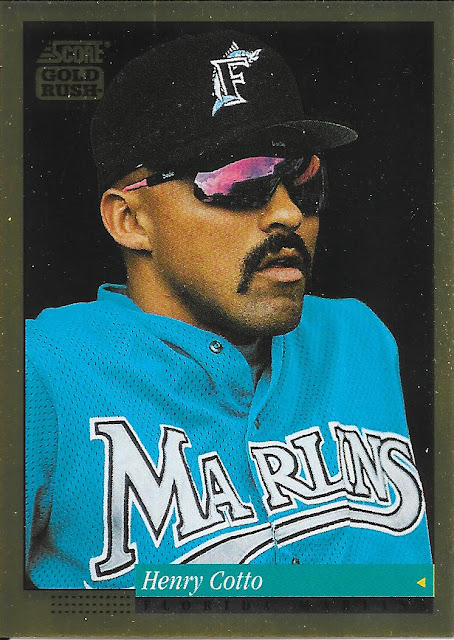 Classic Gold parallels from 90s Score. Henry was a long time Mariner before making the move to the then new to the league Marlins. We get a nice chilled pic from the man here - probably not too worried about winning since the Marlins weren't doing too much of that right off the bat.

Interesting that the first two seasons the Marlins were above .500, they won the World Series. 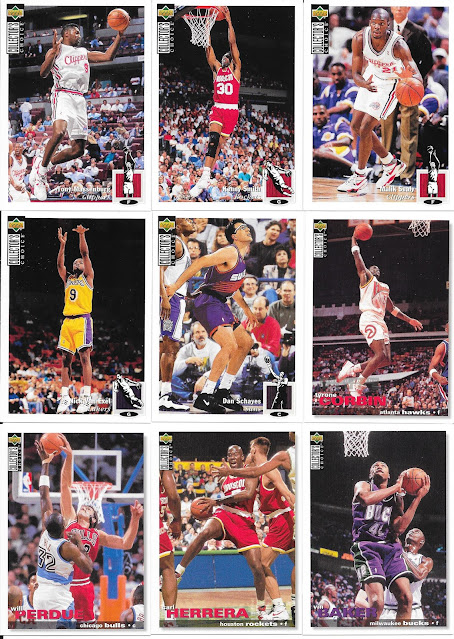 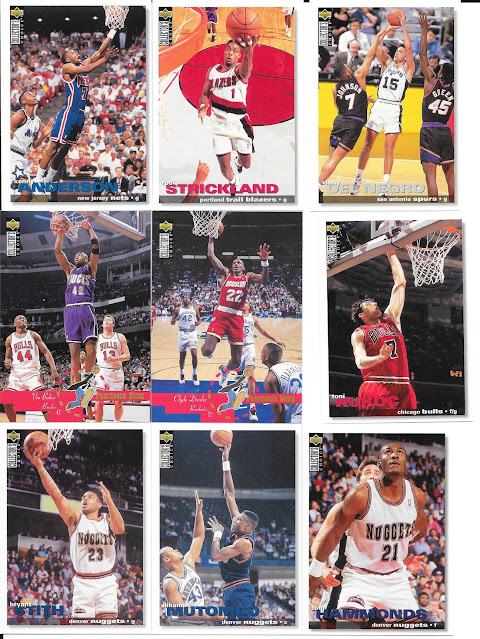 These are more like it - basketball in languages that are not just English. 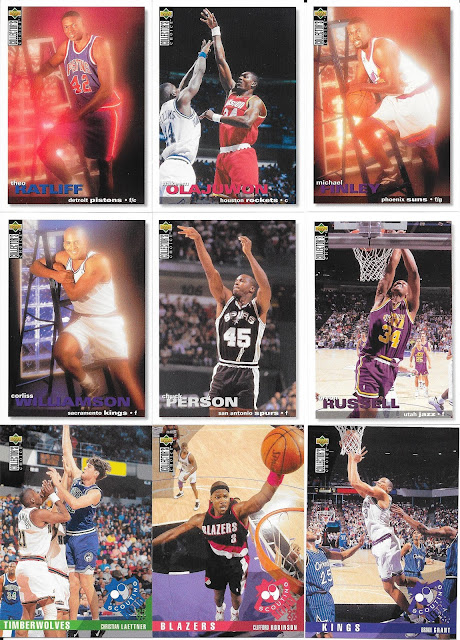 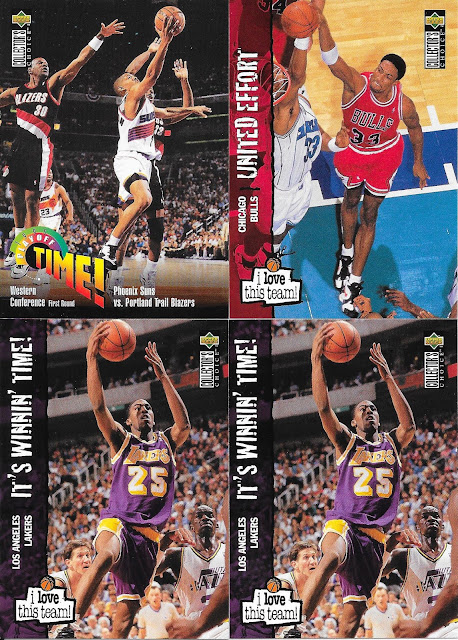 So, still not a fan of the sauna shots, but like the fact there is a Pippen card in here. As the card notes - amazing that over a 5 year span, the Bulls were .700 in the regular season. Crazy!

Getting to the boot portion of the post....still cards that are in not just English though... 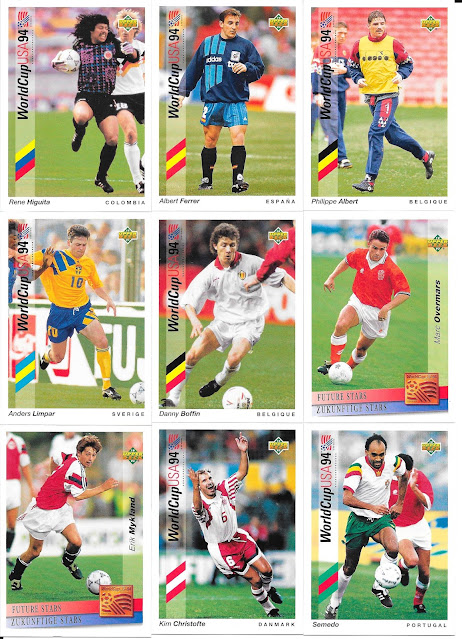 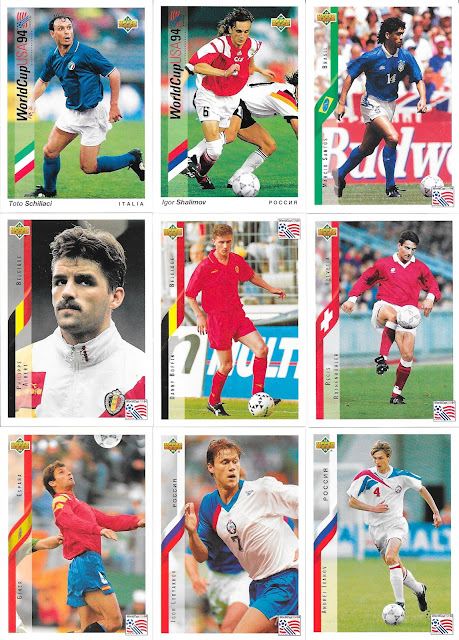 A couple different Soccer sets from the mid 90s. These are in German and English, and are a nice design. I remember the 1994 World Cup fondly (the sets here are actually a 1993 World Cup preview set, and a set from 1994).

For the 1994 World Cup, I watched every game that was one - so other than when games were played at the same time, I saw everything, or at least, part of everything. That said, I will still watch international soccer, and "my team" has always been Germany from first watching around 1988-89, which was when I was playing as a kid too. I'd love Canada to do better overall, and would cheer for them wildl too, but it's still Germany #1 for Soccer. 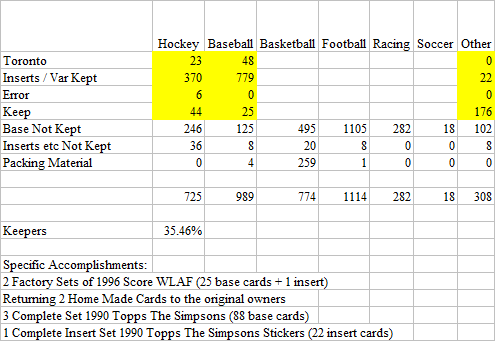