When I get a few days of posts out of the same set of cards, it can be a bit boring seeing the same fronts every day, so I like to also do a back showing since they get missed a lot of times when showing cards, and they can provide a lot of info and a new look to a set. 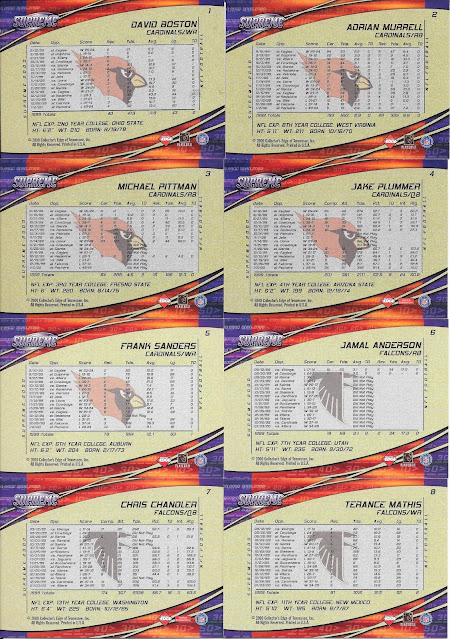 I think it is very cool to have a breakdown of the season, game by game. You don't get career stats even, which makes this much like a season snapshot set, sticking it in a vacuum, uninfluenced by other seasons. 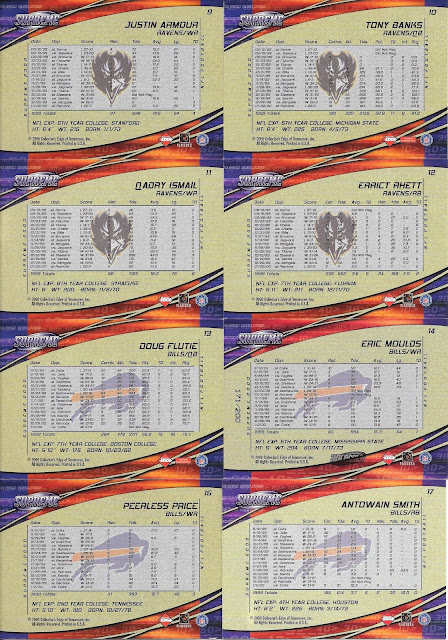 I would personally again prefer a little less border, and a bit bigger font then on the stats as my eyes prefer a large font so I am not straining, but I do like the logo in the background - very 1991 Topps Baseball logo-ish...though I don't think this set has dark variations.
Also, yay - Doug Flutie (much more of a CFL star who had a bit of time in the NFL). 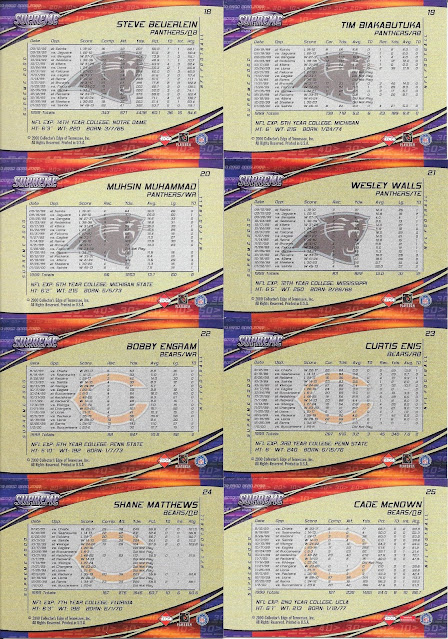 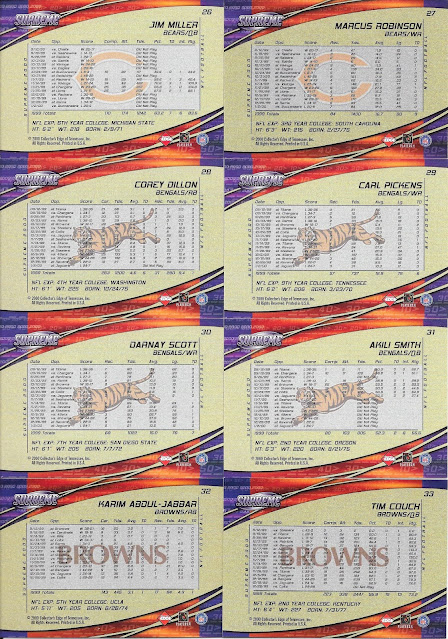 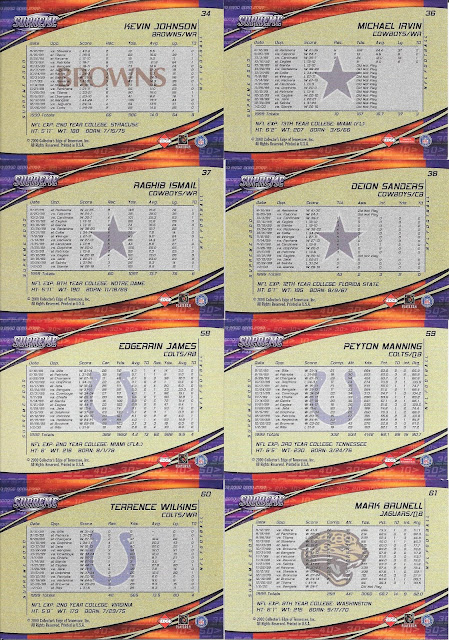 Nice and surprised to see Peyton show up in this bunch, would have thought he'd have been pulled from here. Add in Michael Irvin and Deion Sanders, and a lot of star power here actually. 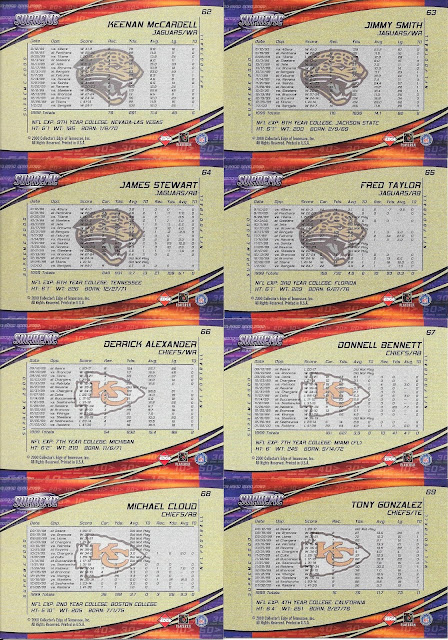 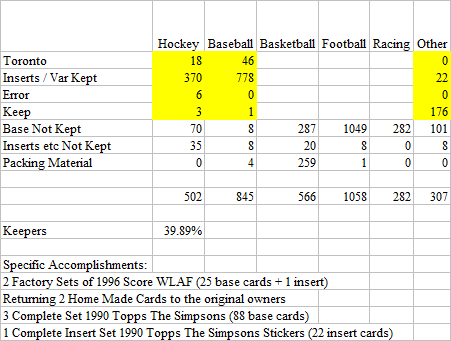