Today's pulls from the 20 in 20 lot, similar to the last few, starting with some basketball. 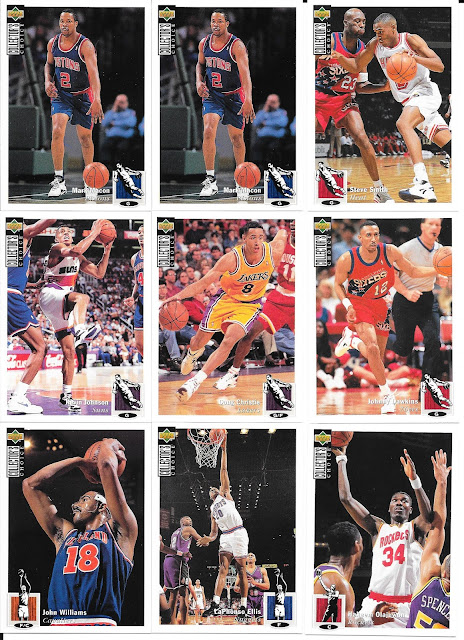 Dead centre, Doug Christie, who we saw before. Asd mentioned, this is before his time with the Raptors - the Raptor days being probably his best on an individual performance level, but worst on a team performance level.
In Toronto, Doug was given the chance to really drive the team along with Damon Stoudamire, but those first seasons were tough as the team was a bottom of the league performed the first few seasons. As it worked out, Doug was traded to the Kings after the 1999-2000 season, and it was really after that season the Raptors took off having just made the playoffs for the first time (as they did again in 2000-01 and 2001-02, which included their first playoff series win). That would be the Vince Carter era in Toronto. 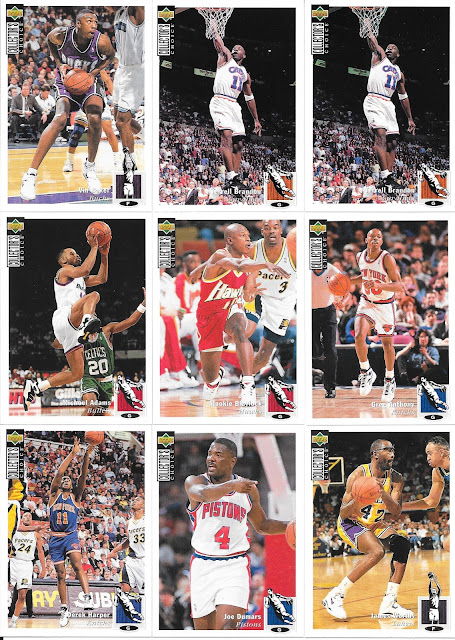 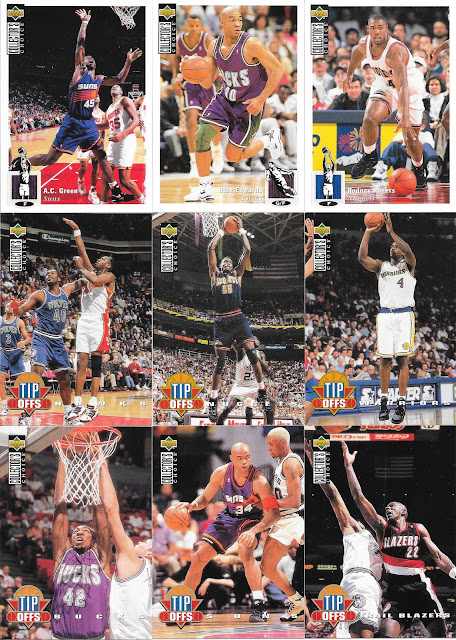 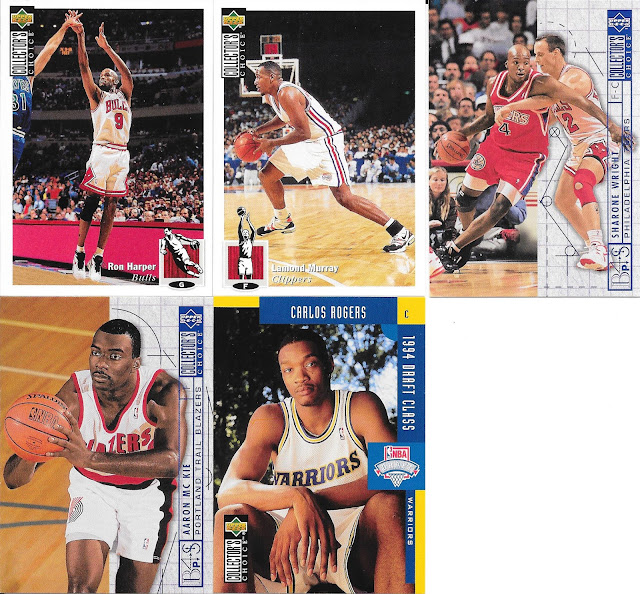 We then move on to some more soccer cards... 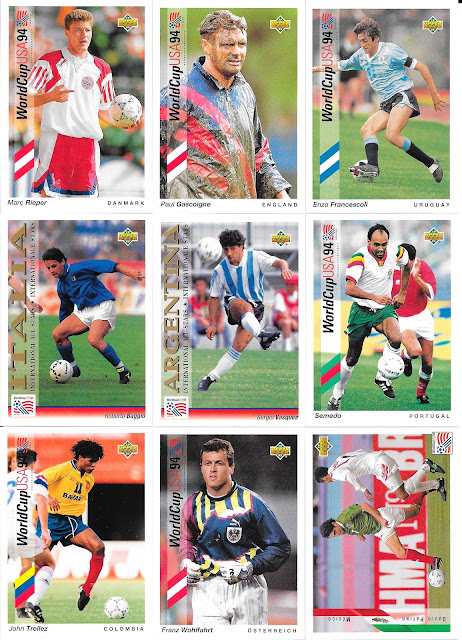 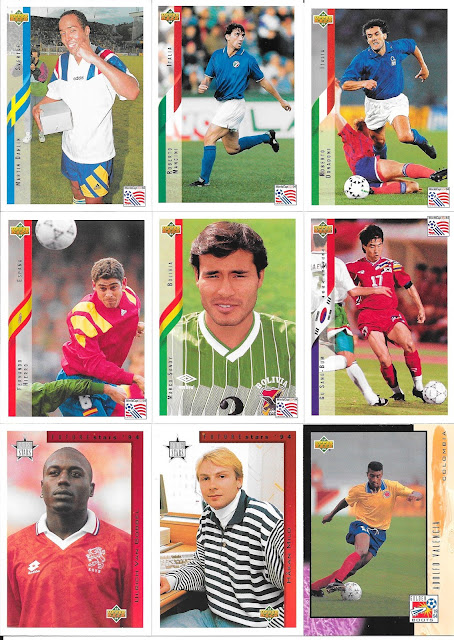 These include another insert with the final card. A neat little insert set which highlighted teams heading to the 1994 World Cup, their outlook on the event, and highlighting a specific player to watch.

As it turned out Colombia was the odd team out in a tough Group A which was Romania, Switzerland and the US advance from group play. Adolfo here did have 2 goals for Colombia in their round robin games. 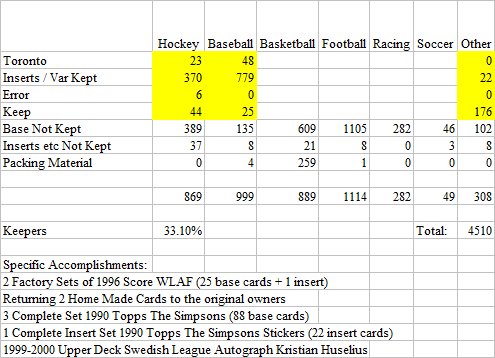