Changing of the Guard

We start today with a couple more Jays cards from the 1996 Upper Deck Collector's Choice set.

The first, is the team checklist car. In 1996, Carlos Delgado was getting his feet under himself and Shawn Green wasn't quite taking off yet, Joe Carter meanwhile was in the ending days with Toronto, 1997 being his last season with the team.
So, he was still the face and leader of the team, but I would expect the writing was on the wall at this point that he would be on his way out of Toronto either for another team, or having to take a lesser role in helping the new guard. 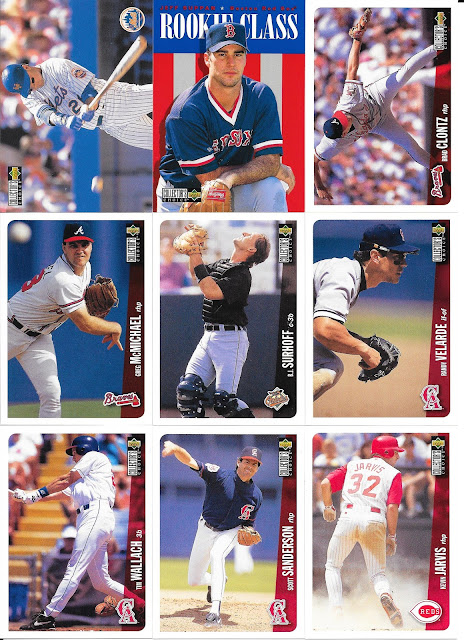 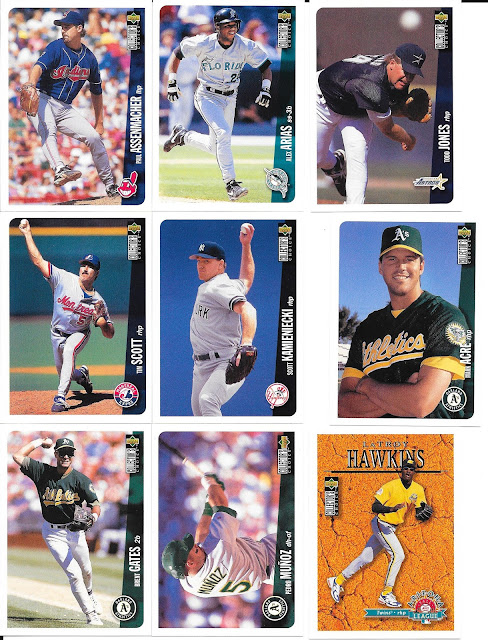 A nice bunch of other base set additions. As for LaTroy Hawkins - a good pick as the man went on to about 20 seasons in the MLB as a relief pitcher, including his final stop being in Toronto for about 18 appearances in 2015 at the age of 42. 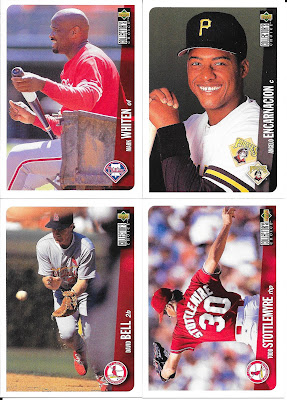 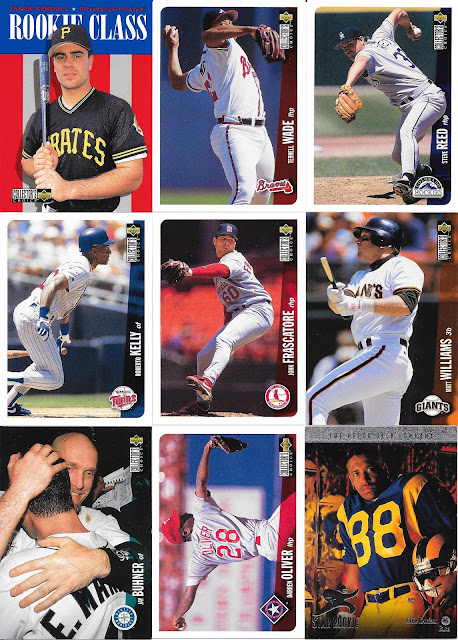 Some dupes from the same Collector's Choice set, and then onto the football - more 1996 Upper Deck 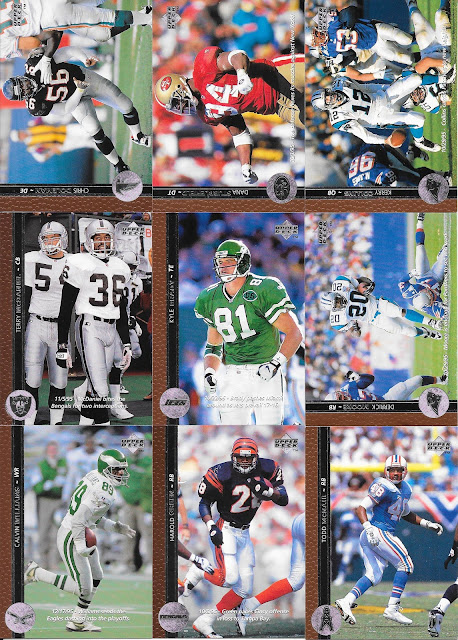 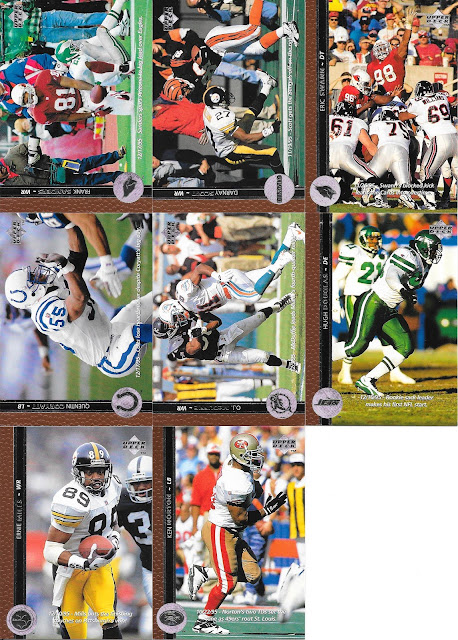 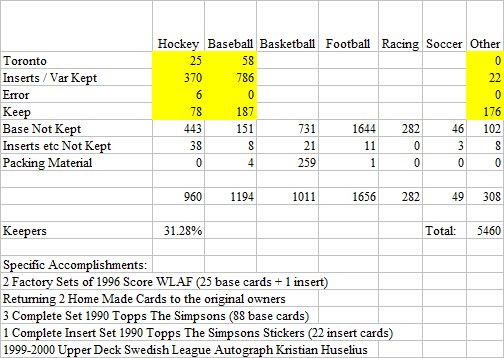