Today, some more 1997 Upper Deck baseball, which continues to show, these cards have some pretty awesome photos. 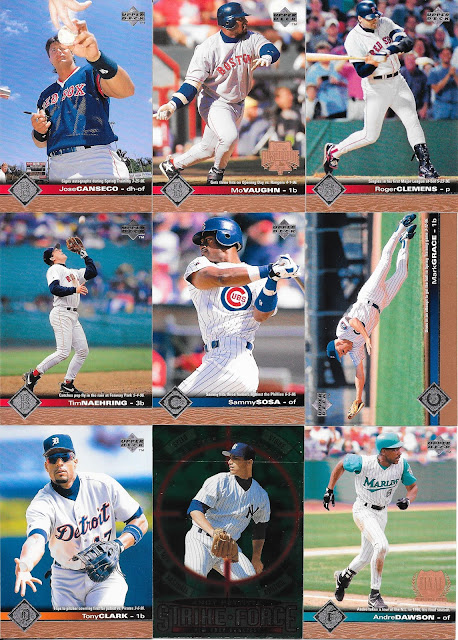 Whether a fan of Canseco or not, that's an interesting shot. Only thing that would have made it a bit better is if the angle was such that the baseball wasn't covering part of his face. Though, then again, it is Canseco, so maybe that's not a bad thing...
The Mark Grace is a great full out dive defensive stop shot which shows his range. 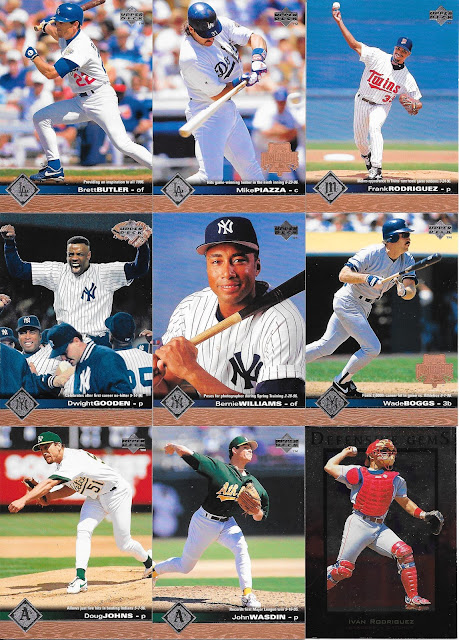 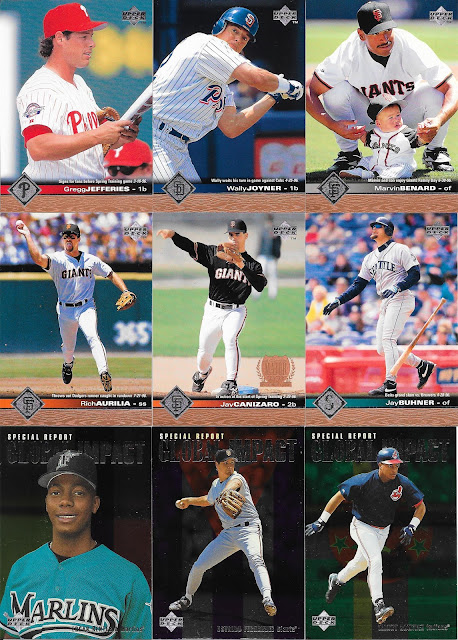 Okay, Marvin wins with such a great father and son shot. Kids' so adorable - kid must be about 24 now...might not be as cute, but has a card to remember that day. 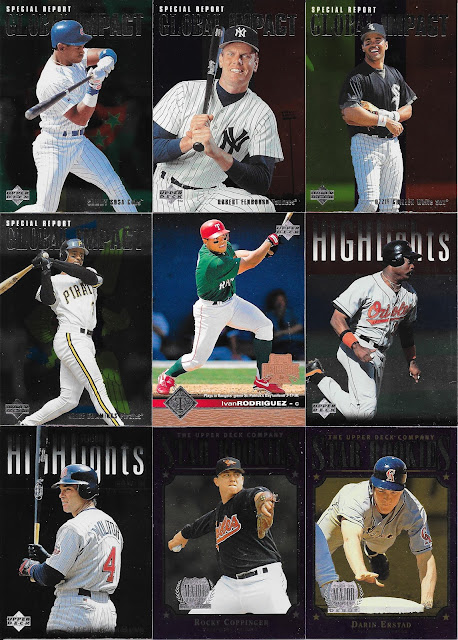 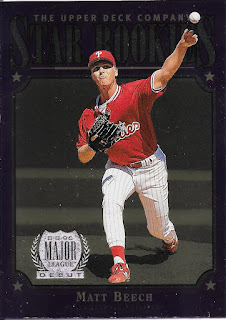 So the only subset from Series 1, which these cards are all from, is the starting subset which is about 10 cards all about Jackie Robinson. May not see those, will have to find out, but getting close on getting the rookies covered which would surprise me. 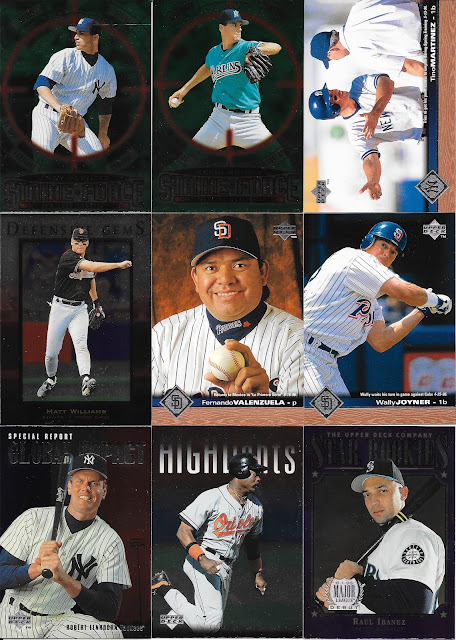 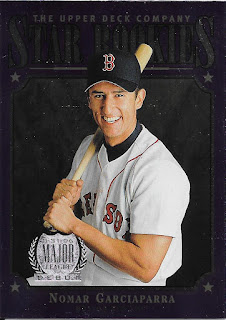 So just checking in - series 1 itself is 240 cards, then there were some mail in cards, so I'd be fine with getting most of the 240 cards and calling it a complete series/set at that. 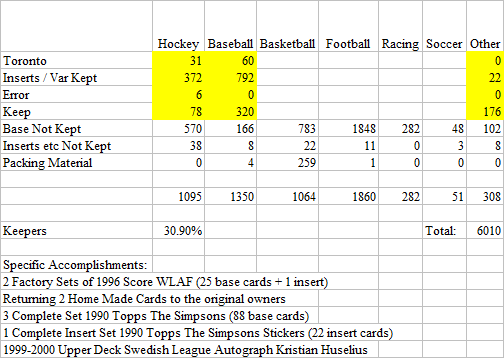