So, this lot of cards has had a bunch of Collector's Choices sets across sports - we have seen basketball and some baseball as well - a few different years. After getting a small bunch of baseball cards from the 1996 and 1997 years, I figured to start collecting those sets, at least while going through this lot, since I figure there would be enough of both to make a good starting dent to those sets. 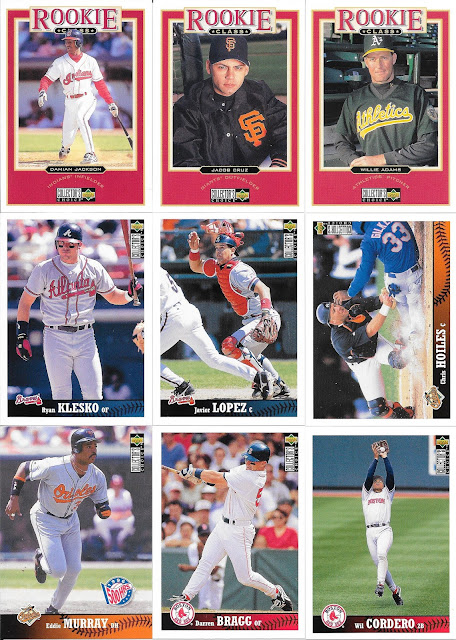 Eddie Murphy is always a solid get and after spending most of the 80s with Baltimore, then making a few other stops, he went back to Baltimore here and as shown, had his 500th home run in 1997. 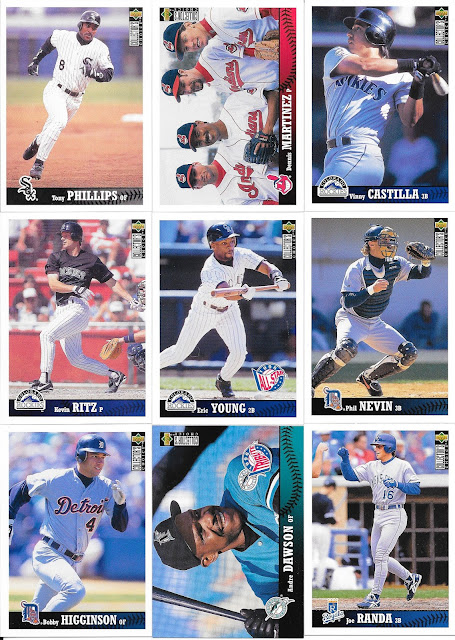 Dennis Martinez is always an Expo to me, but continued to post over .500 with his win-loss record for the Indians. We also get Andre Dawson near the end of his hall of fame career. 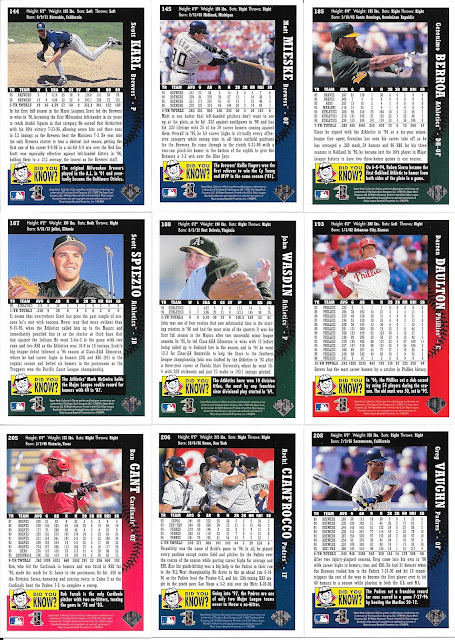 Like the fronts, the backs are quite similar to the 1996 design, and are solid. I like the "Did You Knows" and you get full stats and a write up where space permits, but do we need the full name banner on the side as big as it is.I mean, it's just as big as the front - but small complaint overall really. 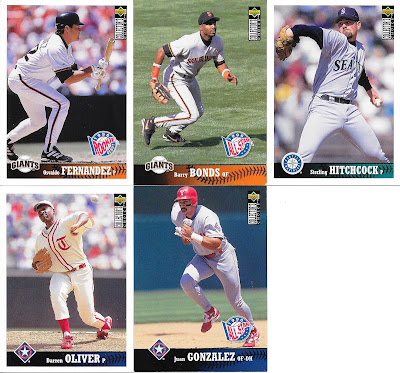 We end with another personal fave with Juan Gonzalez - I mean with Eddie, Andre and Juan, you hit a few of those guys I really liked to see play - sweet! 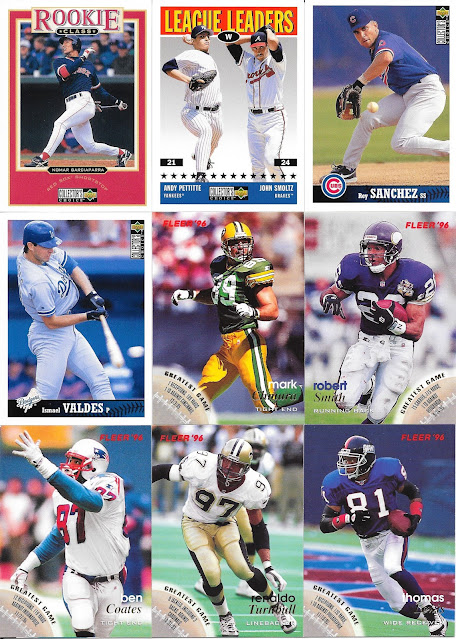 Just a few dupes from the set and then into a usual suspect in 1996 Fleer Fottball. 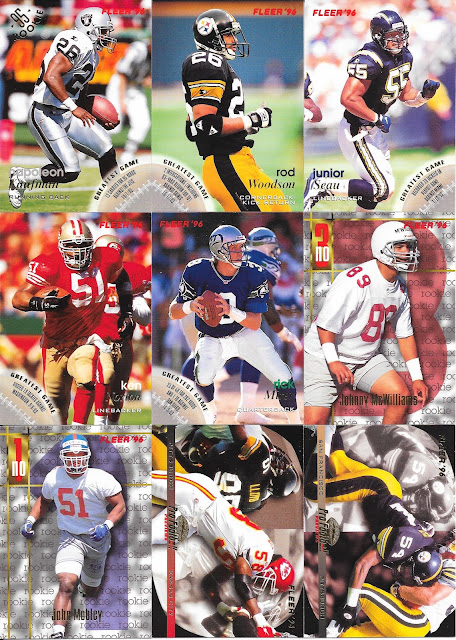 A great day though as the 1997 Collector's Choice is over 10% already. Ah, the fun of random cardboard and sets you didn't know you'd want enough to collect. :)