Apparently he may be a choice of the fans... 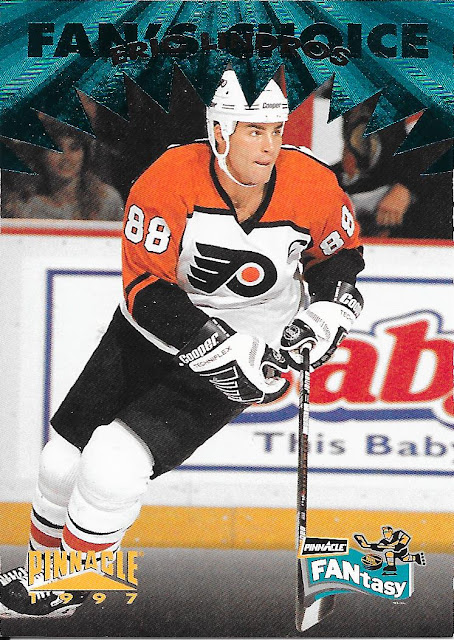 Okay, I really don't like the overlap of the name and the title at the top, but overcoming that, this 1996-97 Pinnacle card comes out of a Promo "Fantasy" set. It is a star studded 20 card set with names like, Lemieux, Gretzky, Bure, Coffey, Bourque...and I can go on.
The mid-90s were great for Eric - best he was playing, with the team he should have spent his whole career with, and before health issues really started to derail him.
He gets to be the only keeper for me today...at least, so far. 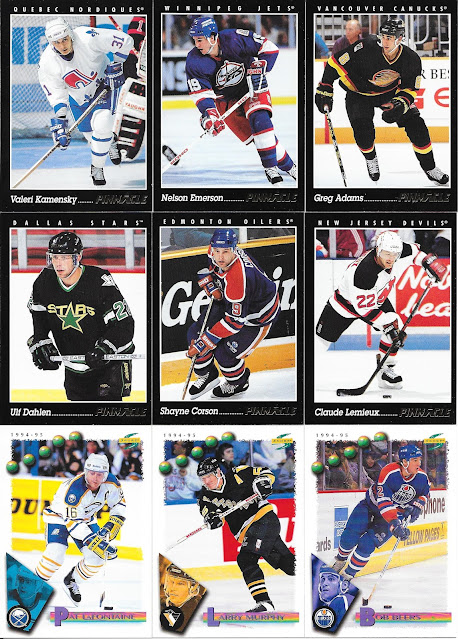 Keeping the Pinnacle trend, 1993-94, the Canadian version bring the hard to keep clean black border, and hard to play clean Claude Lemieux.
We then get right into some 1994-95 Score. 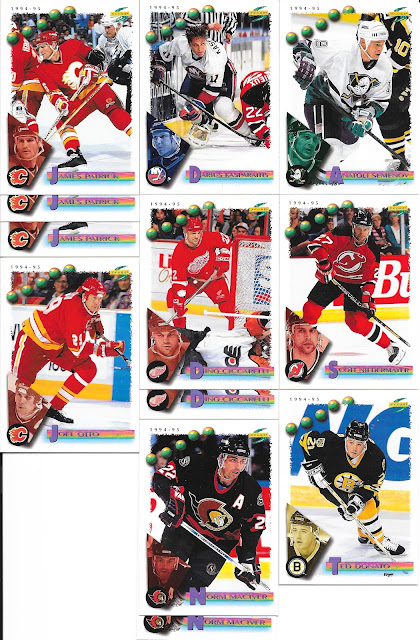 Okay, a good bunch of the set, and with some dupes too. I have a feeling this may be something I move to collect by time I am done with the lot. I am not a big fan of the multi-coloured name design on the front, or the floating ball graphics either, but it does scream mid-90s. 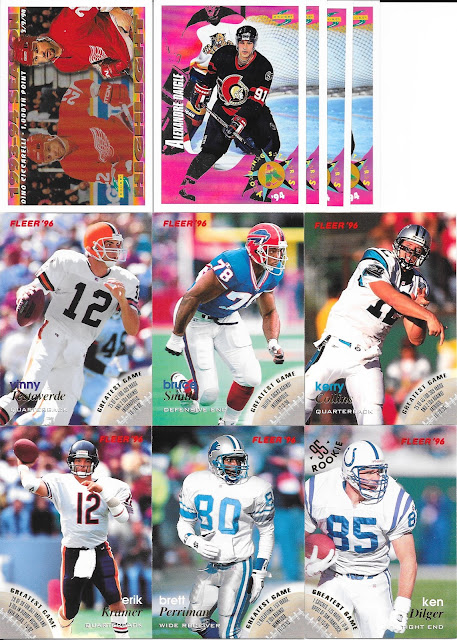 ....and back into some 1996 Fleer football. I'll have to check in on that set completion again in a few more days if I keep getting more. 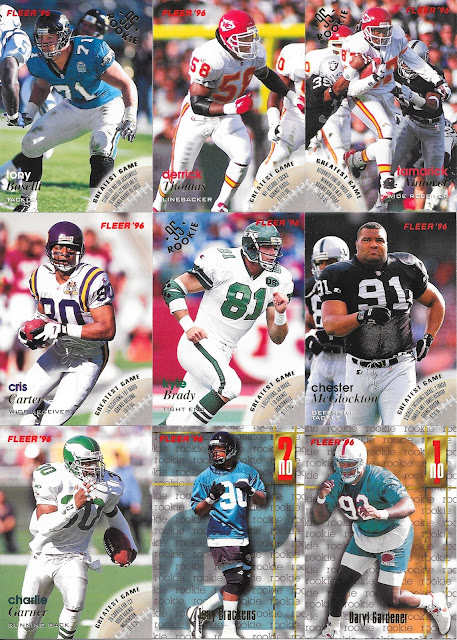 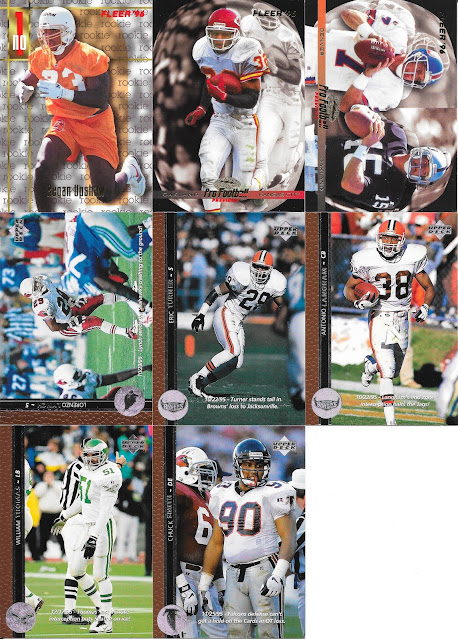 Sure, I only ended up with one card to keep today, but a promo card of Lindros is a nice pick up! 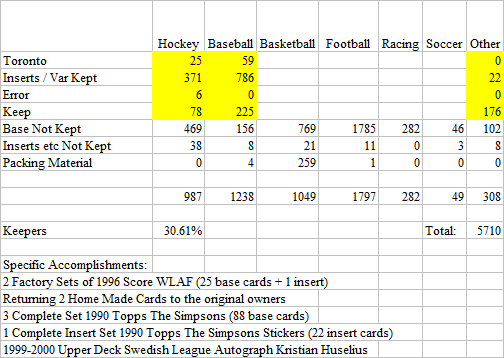