Well - at least this gets to be a quick post in mid April, and mid April, I can save the time and put it towards work like most waking moments these days. Happy when busy season is over and at least we are getting there... 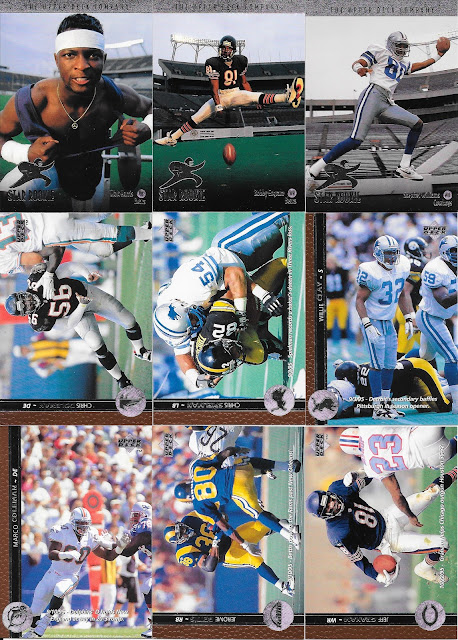 Another bunch of 1996 Upper Deck football cards including a few rookies.
How did they do?
Walt Harris was a Pro Bowler in 2006 and spent 13 years in the NFL, Bobby Engram was in the league just over 13 years, while Stepfret lasted just parts of three seasons.
Still, not bad picks overall. 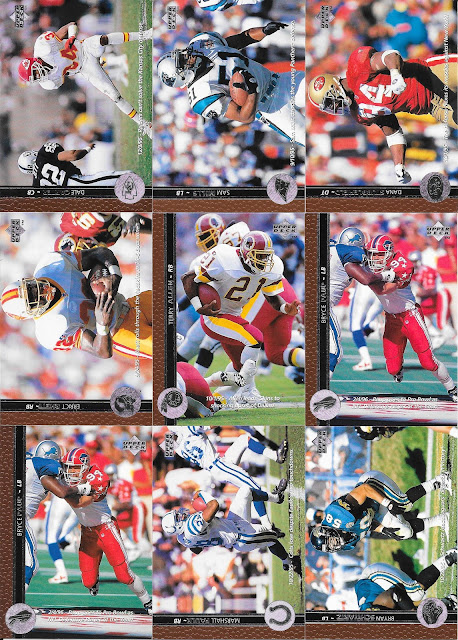 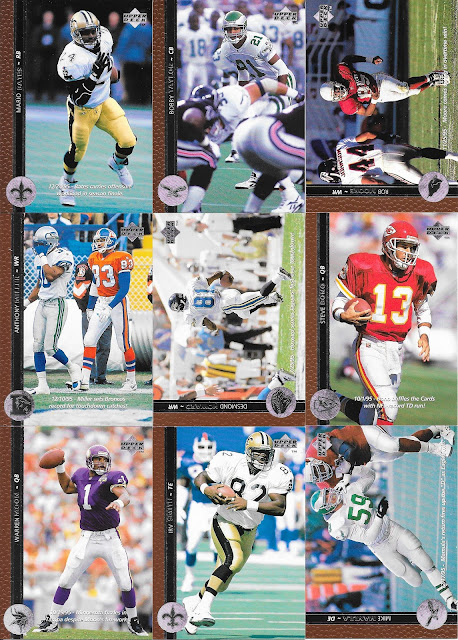 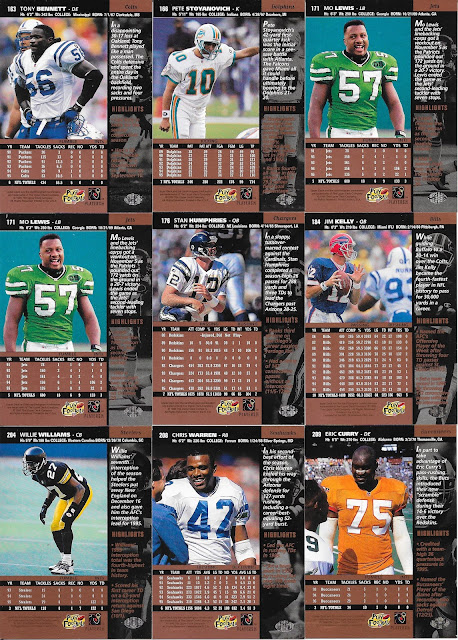 I know a number of these are not new and we have seen before - so will be interesting to see how many copies of cards I do end up with, and if there is a compete set, but still - do like these cards overall as the back is decent - maybe more stats so they aren't as mushed, which I think I highlighted before. 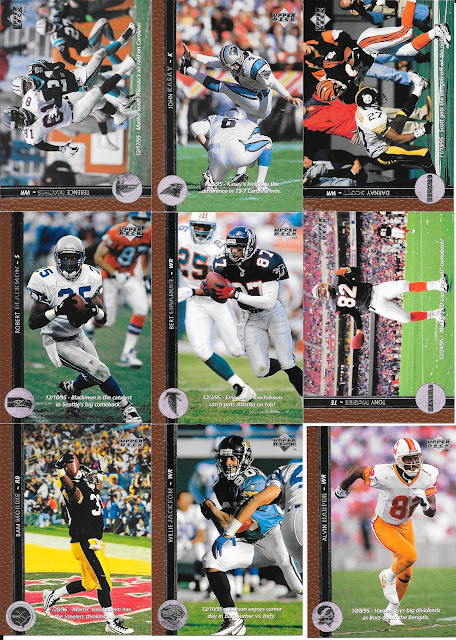 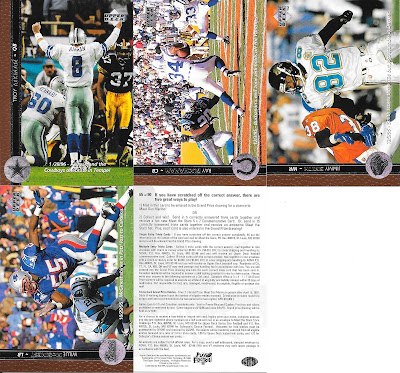 We end with another game card which I scanned the back so you can see the numbering, and if you want to zoom in, all the great rules! 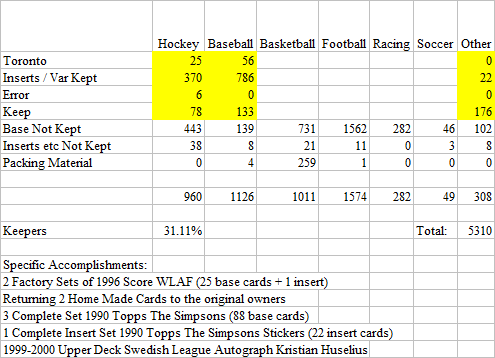