I was hoping to see more of this set... 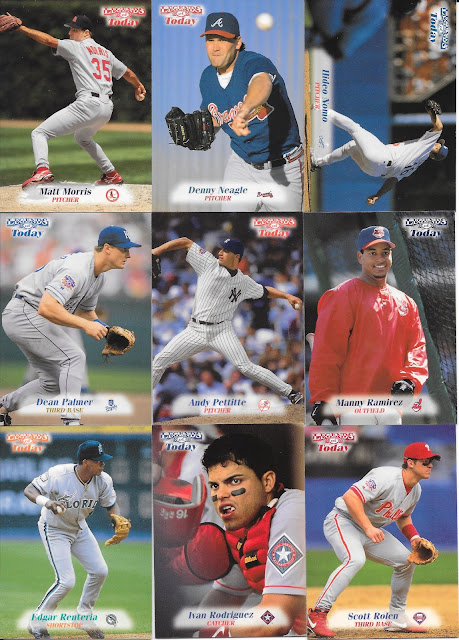 1998 Sports Illustrated Then and Now. 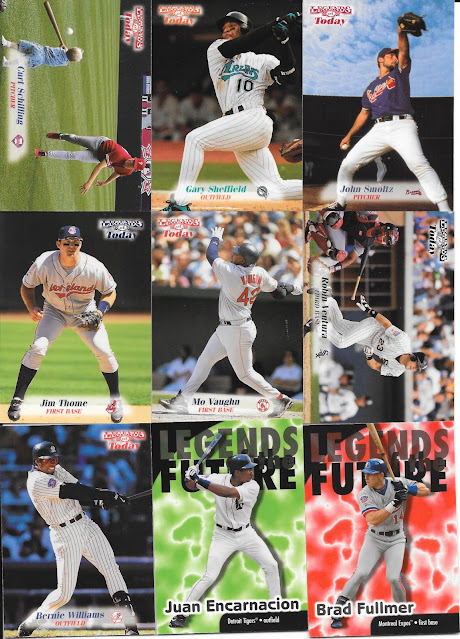 How can you not love cards like the Curt Schilling one - kids on cards are awesome. I want to take a quick focus though on the supposed Future Legends, and see how correct this title was.
Juan Encarnacion - over 1200 games over 11 years with 5 different teams, did get 2 World Series rings out of his tenure, but not a Hall of Famer.
Brad Fullmer - 8 years over 4 teams, including 2 years in Toronto, did get a World Series ring in 2002, but not a Hall of Famer. 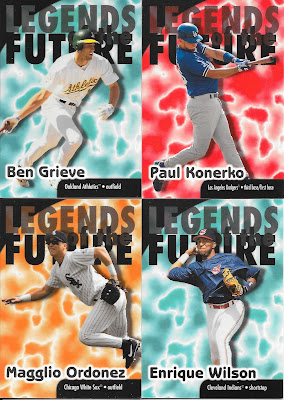 Enrique Wilson - 9 years with 4 teams, not a Hall of Famer. 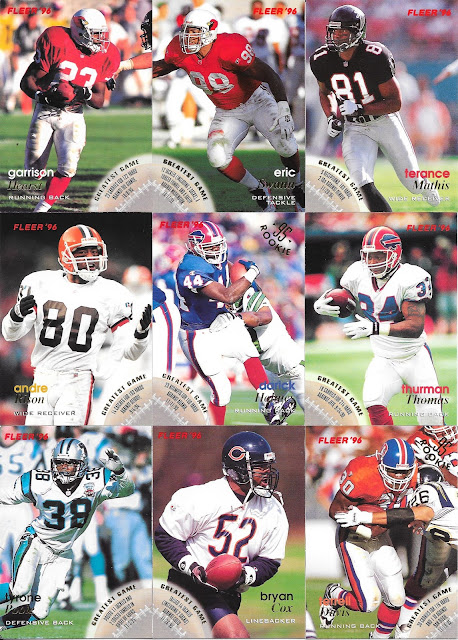 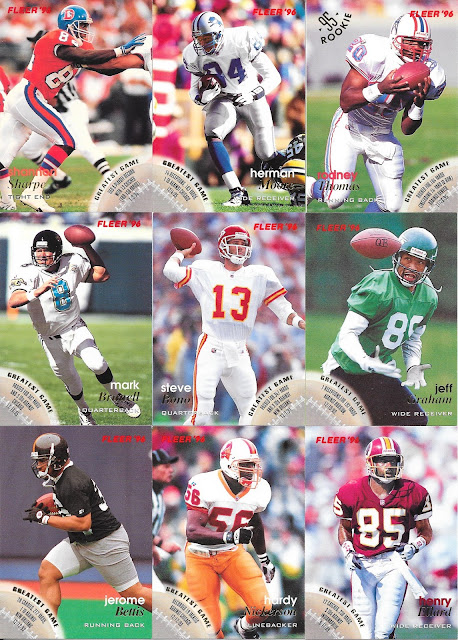 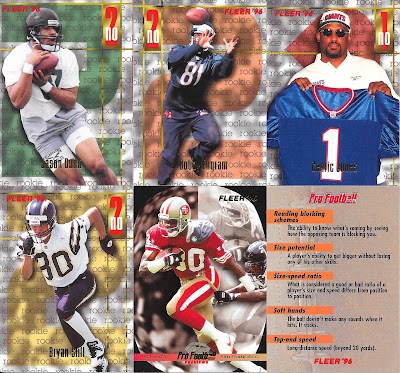 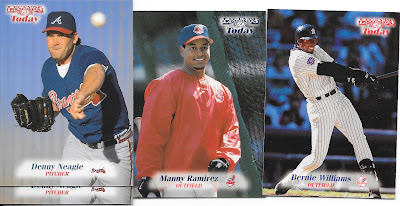 A few dupes from the set, and more football with no surprise there... 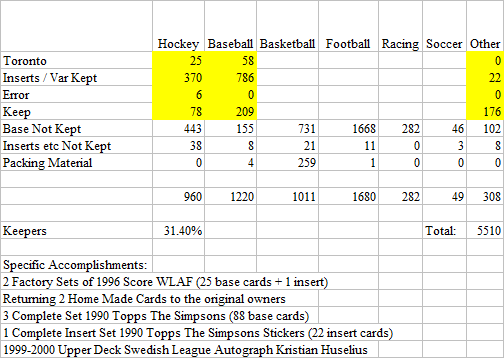