So, I probably shouldn't find this insert as cute as I do. 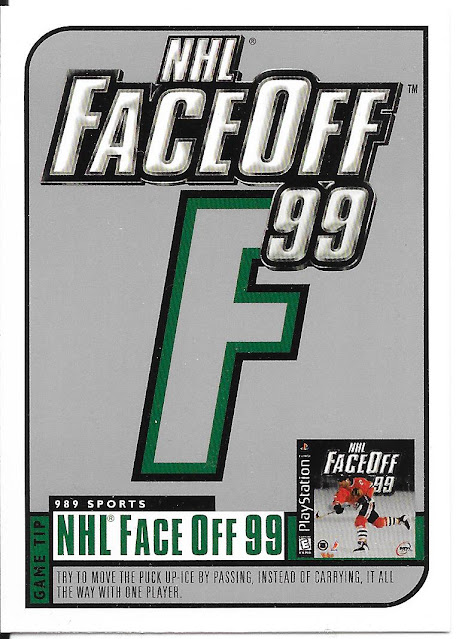 Instead of just having a single card promoting the game (which I never played as I was never really big into PlayStation, though I do have a PlayStation 2 I picked up in the early 2000s), there is a series of them so that you can actually spell out NHL Face Off, and then a limited number of cards for the year.
It was done as a contest/promotion to spell it out and win, which will be why the number of year cards were limited, but a great little ad/promo card insert. 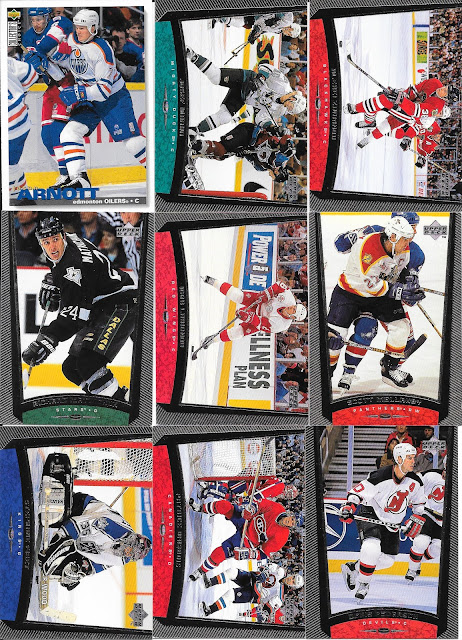 Given the "F", no surprise to see a bunch of 1998-99 Upper Deck cards. Another set, I don't specifically love or desire to collect, but could be swayed if I see enough of them here.
The design feels very early Black Diamond to me with the edge design. 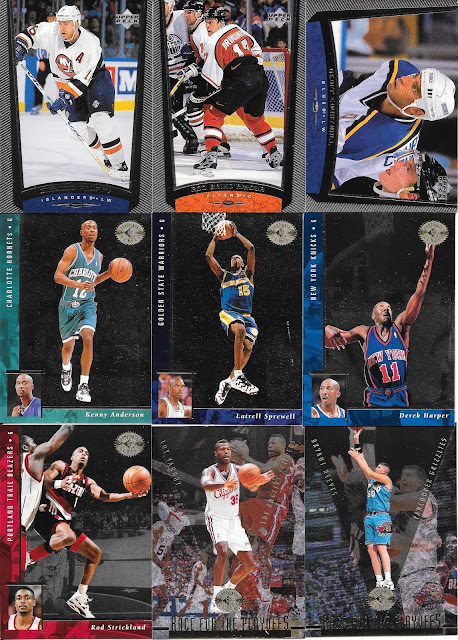 Some more 1995-96 SP Championship Series cards which I don't know much about, but am guessing they would have been really cool in the day and stood out from the flagship Upper Deck sets. 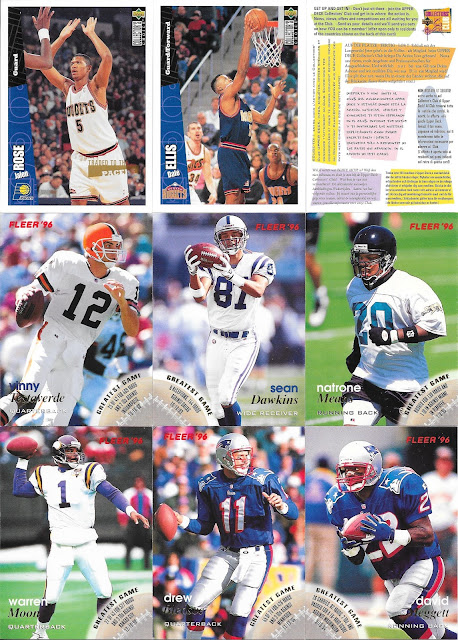 We then get into more 1996 Fleer football - go figure. 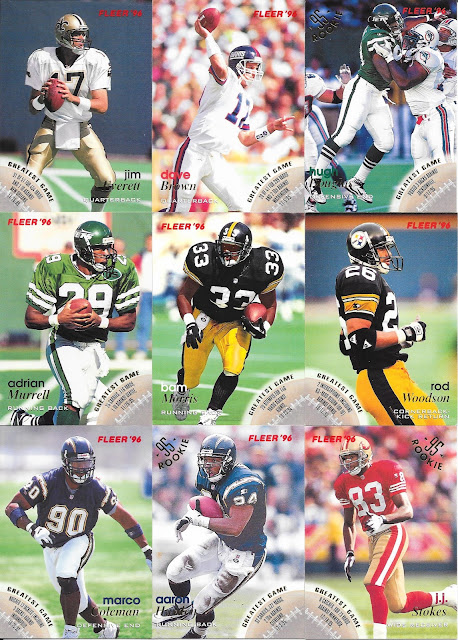 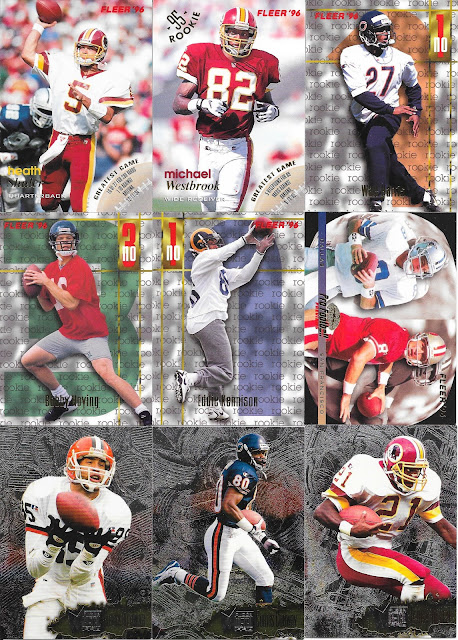 Including all of these cards for 1996 Fleer football, the set completion is now at a point of only missing 23 cards of the 200. 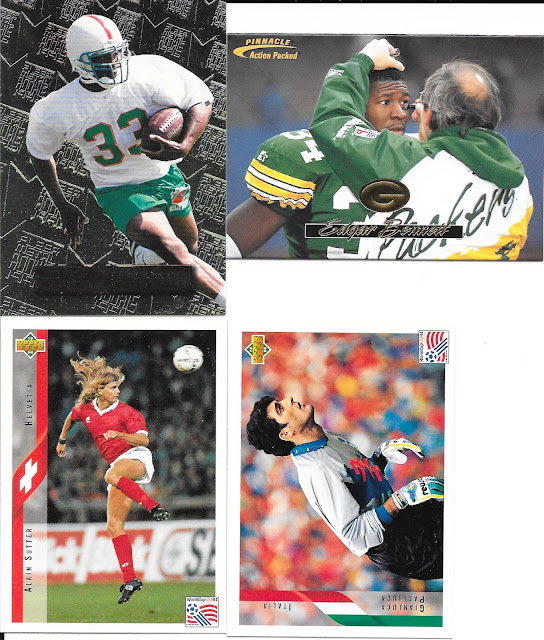 We then end with a couple soccer cards and an Action Packed football card which, from the makeup, I suspect is supposed to be "opened" so it will actually sit up since it is not a single flat card but a connected front and back instead. Very different - I'd open it, but it hasn't been and I'd rather keep it "as is". 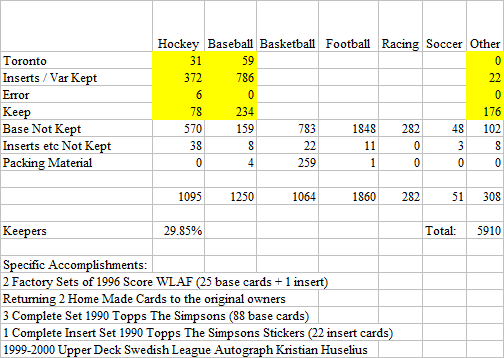