So here is one of those insert sets that, now, is named more ironically than anything. 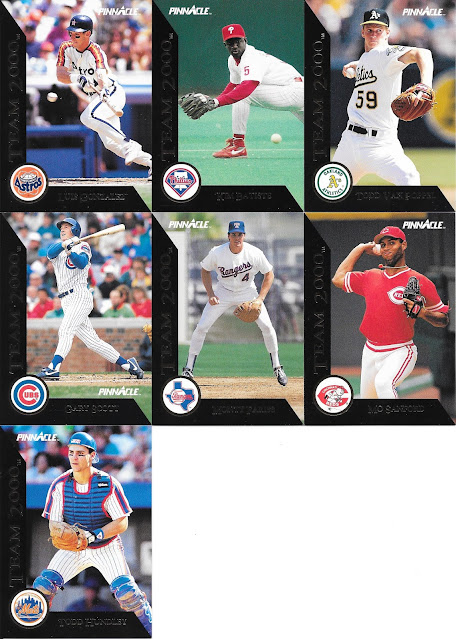 Team 2000 inserts by Pinnacle were a great idea since the year they were inserts was 1992. 2000 was 8 years away, and they tried to point out the players that were going to be the stars of the league 8 years away. A difficult task at any time, and one that we can judge well after the fact to see how good the choices were.
Since the insert set was 80 cards, plenty of choices made, and since I believe these cards were a bit picked over, I doubt the really hall of famers will be here to show - so more likely we get those that leave a chuckle for thinking they would be huge stars. Honestly, I'd call it a success if the player was still in the league in 2000.
So how did the picks go here? Well, the ones that were still around in 2000 were Luis Gonzalez, Todd Van Poppel, and Todd Hundley. Not quite a passing rate on these ones. Hope we will get to see more again soon! 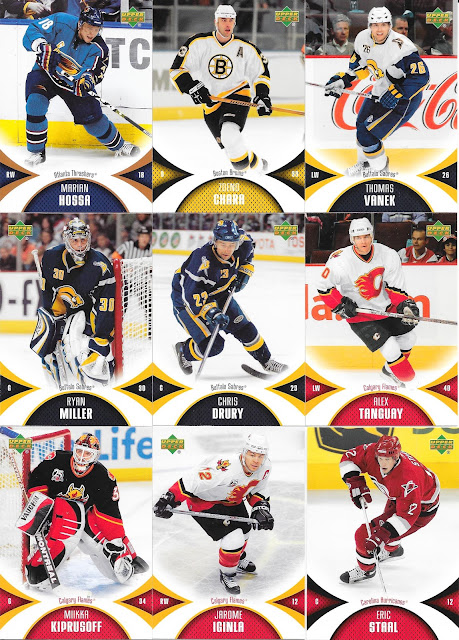 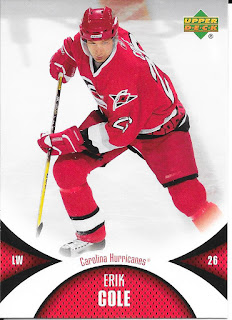 Success in getting a bit more set help on the 2006-07 Mini Jersey set. Two appearances in posts and I have 37 of the 100 "pure" base cards. Doubt I will see any of the 30 rookies at the end of the base set, but that's cool with me if I see more of these anyway!
Like the other post, some cards came in duplicate... 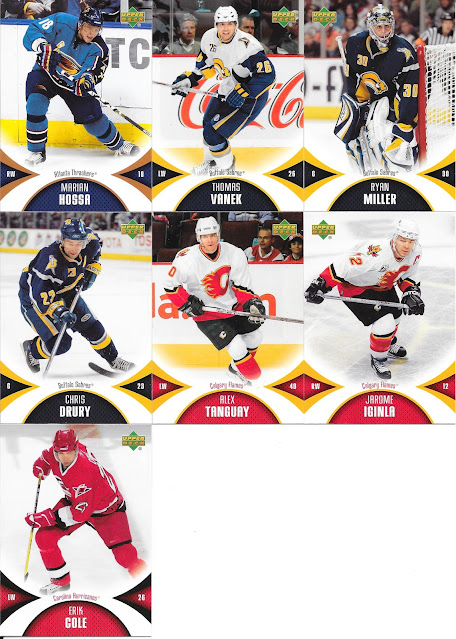 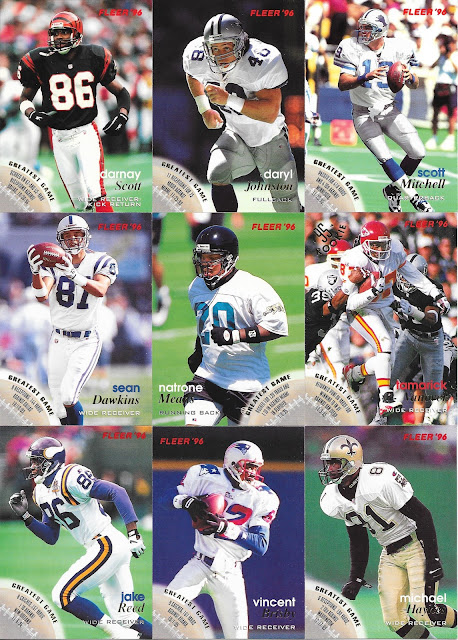 I will say, with a lot going on with the front, the cards are able to give a good full photo. The team and player name are out of the way, the set name is kept in the corner too, and they even add on a quick quip about the player's best game without really interfering with the photo. 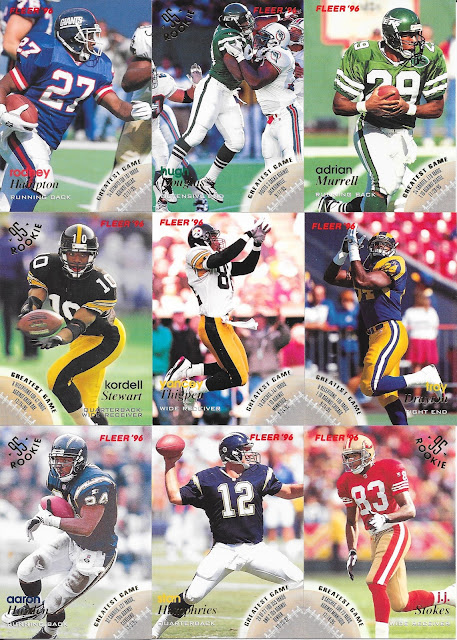 Even the large signifying of the rookie card status, is kept out of the way.
Now, that all being said, the card is 90s busy - the only thing it is missing to complete the "90s-ness" is to have these all in different neon colours or something. 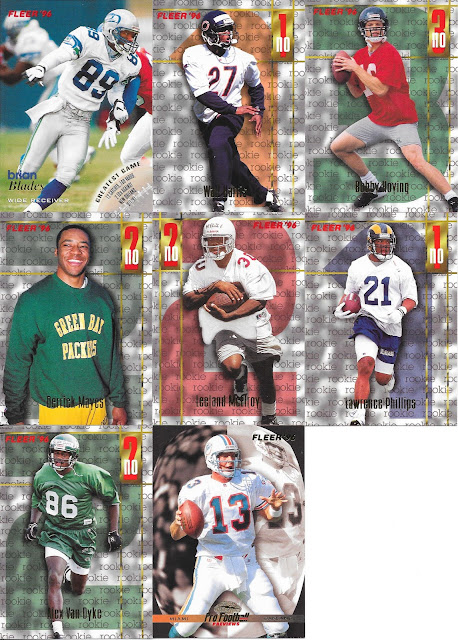 The rookie subset is generally inoffensive in design, and will have to see if any of the other Pro Football Weekly subset cards show up to make a decision on those.

A 200 card base set for this one - so will have to see how much of it shows up on whether we get a complete set for it...or close to complete... 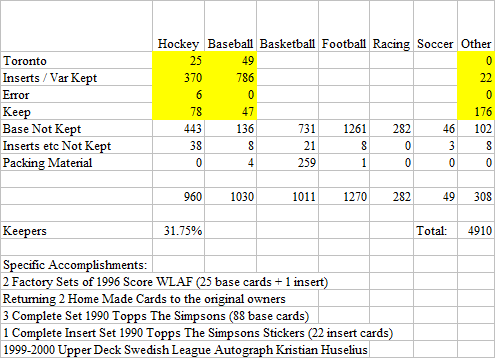