So today is a whole bunch of football - so I am not going to focus on those and just show them, but more so talk about the last cards. 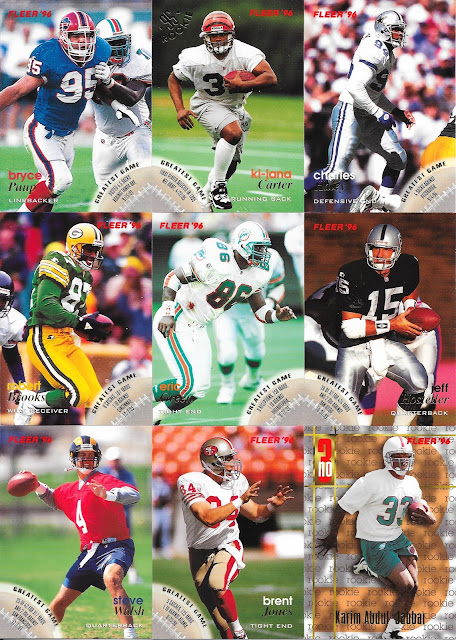 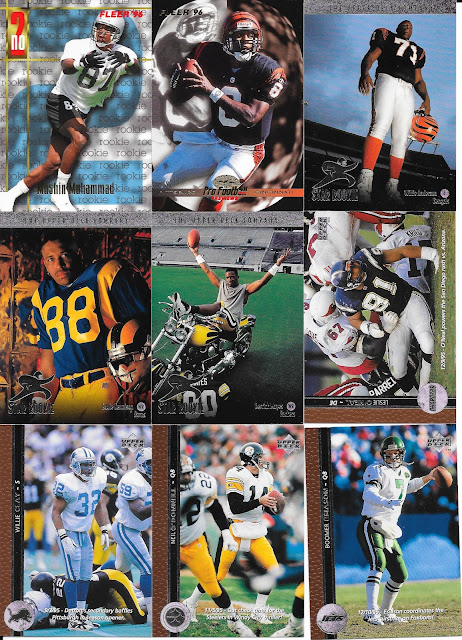 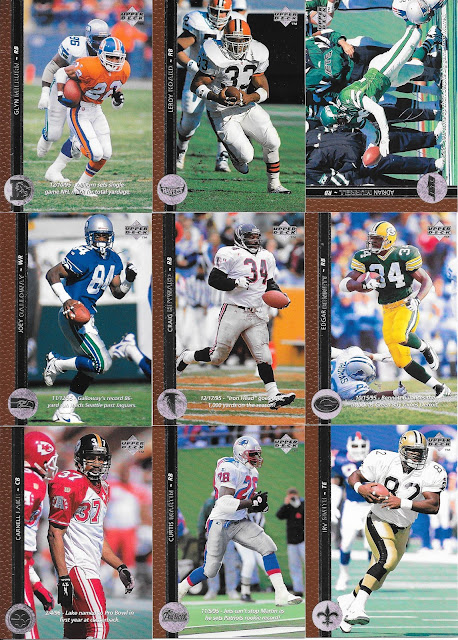 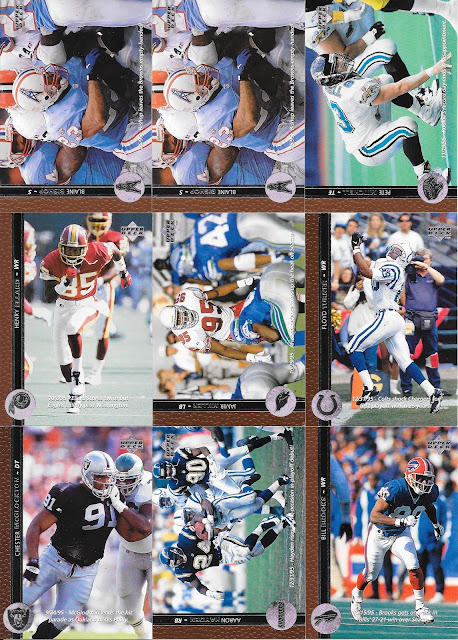 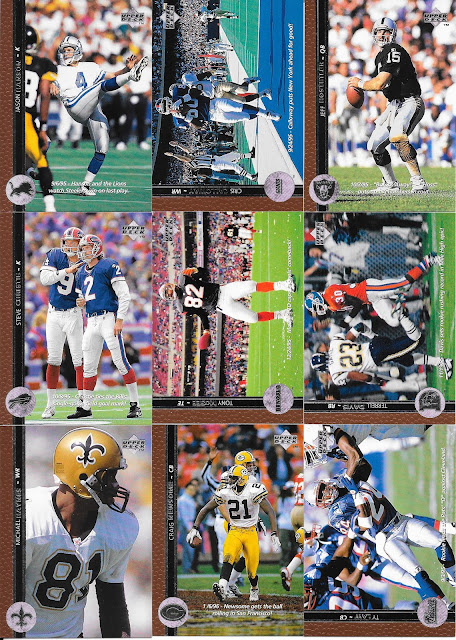 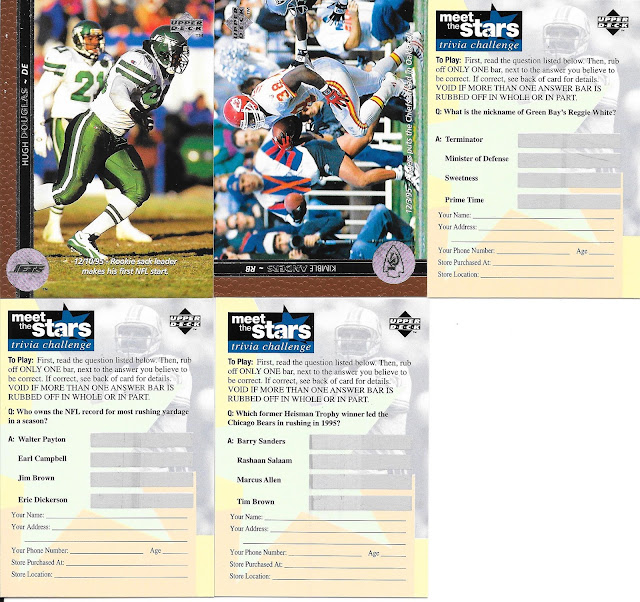 I know scratch items like these weren't new even back then. First ones I ever got were the discount cards out of 1990 Pro Set hockey, even those weren't the first of course, but the first I ever had in hand.
So, the prize for these - a chance to meet Dan Marino! There were some other collect to win prizes which are detailed on the back, but come on - take your chance to win one of the three grand prizes - open to the US and Canada (except Quebec and Puerto Rico). The value of the prize is apparently about $10k US.
I am probably a bit late in completing these, but they are still collectible if anyone is interested. The interesting fact to me - based on the numbering on the back...there are 90 of these! 90 different questions. Good for them for going all out instead of just having a handful of questions repeated.
Wonder if anyone is collecting them as a set... 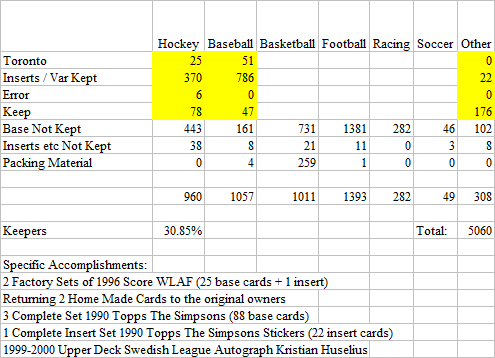 Let's end with a quick PWE trade I received from TCDB member Double B who reached out to me. Honestly, this time of year, it is those who reach out only - I just don't have time to search out trades. Heck, I have a couple pay it forward envelopes I received that I'd love to send something back in return, but it will probably wait until May as work is so busy, and I feel bad over those delays.
Anyway...Double B's envelope... 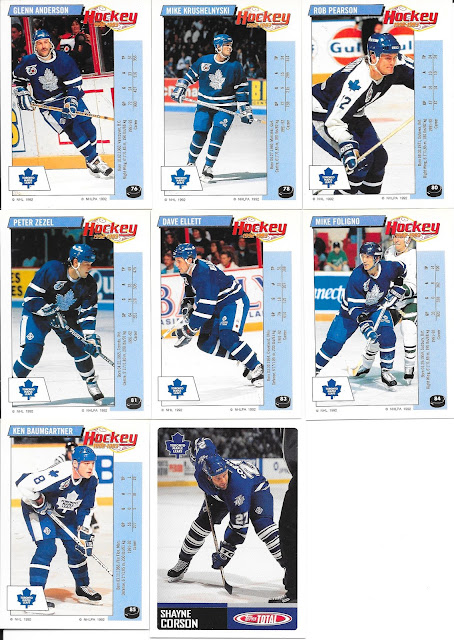 I have a couple of the 1992-93 Panini stickers, but here I get huge help for the team set. All names I know well between Hockey Night In Canada and Super Nintendo video games. I like the stats on the stickers, though up the side isn't as good as across the bottom.
Really appreciate the offer and the cards Double B!
Posted by CrazieJoe at 8:00 AM