Today, fingers crossed, will start the end of my completing the 1991-92 Upper Deck hockey set. I have a good bunch of the set already, including a high number 200 card box set, and there looks to be a near complete set here, so I should be good over the next number of days, to finish off the base set.

So, the text version only exists on the 1-500 base set, while the logo version is on 1-700. I'll end up eventually maybe getting both completed, but from what I see, we are looking at text hologram cards here.

It is an iconic set, as I find the 1990-91 through 1992-93 Upper Deck designs, and no need to show every card here as we go...besides, I don't mind going a bit faster through thinking I am going to be looking at a complete set for myself here! 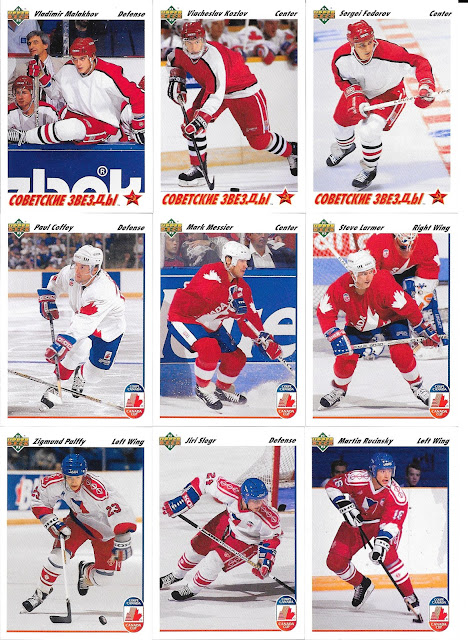 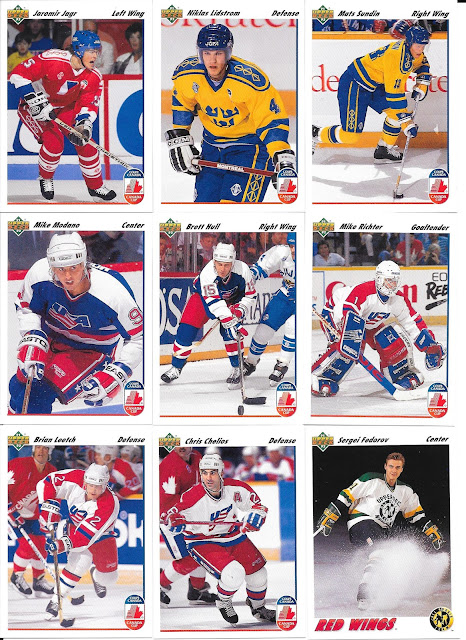 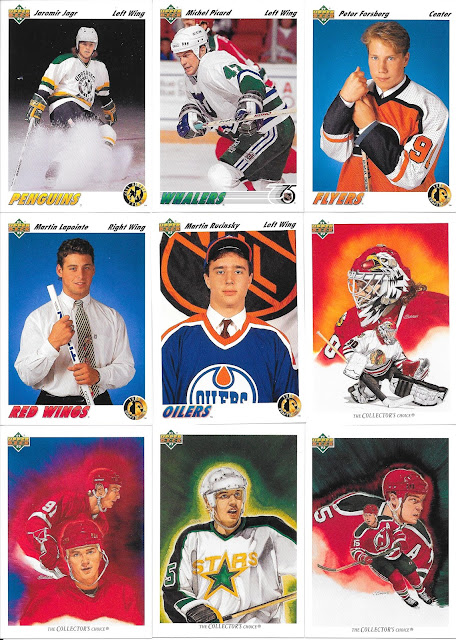 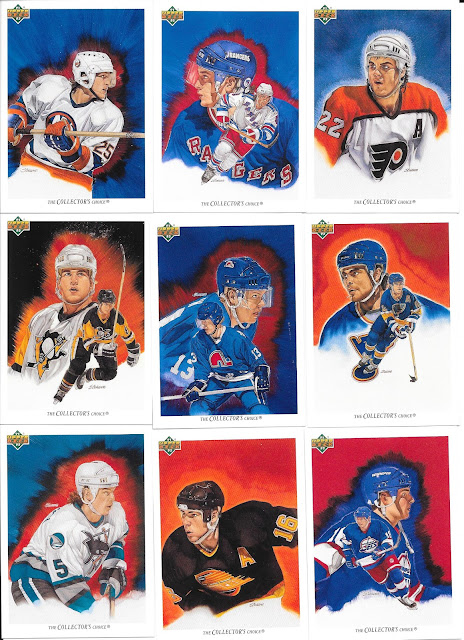 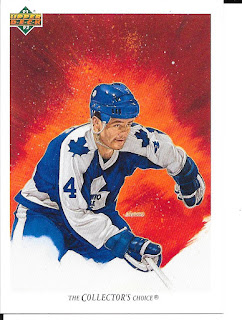 From the set padding with Russian stars, to the team checklists with the artistic Collector's Choice labelling, solid designs of the time. 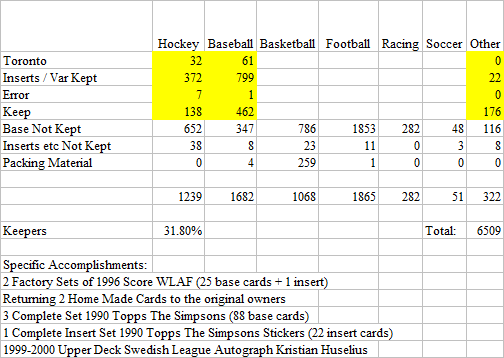 As I mentioned the other day, I needed to catch up on a couple April items received, and here is the other, the PWE from Ken. 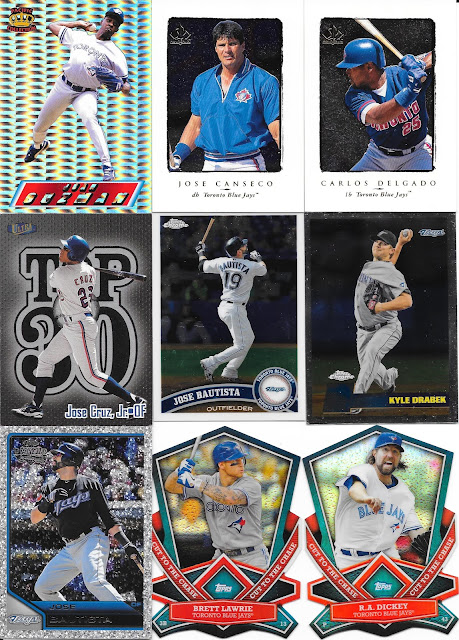 SO many different things to love about these. I mean, I am a sucked for shiny things and die cut cards, so yay at these. Pacific being Pacific with Juan - very different yet very 90s. The Legacy Diamond design which people tend to either love or hate, and the 2 Blue Jays in the Cut To The Chase insert set from 2013 Topps.

We also get a few gold cards, which is what Ken first reached out about, though not these specifically. They do raise on question I haven't looked at, but maybe someone knows...the 1994 Topps Archives Gold parallels have the back in different directions...was this some difference (retail versus hobby or packs versus set?).
Many thanks!
Posted by CrazieJoe at 8:00 AM