Getting up to card 600, a big part of the high numbered series is the Young Guns.

As I mentioned, the Young Guns isn't new, though the fever over collecting Young Guns now is much different that when they were a simple subset back in the early 90s.

You still had solid players as Young Guns back then, but there aren't 10 parallels and short printing the way they are in newer sets. 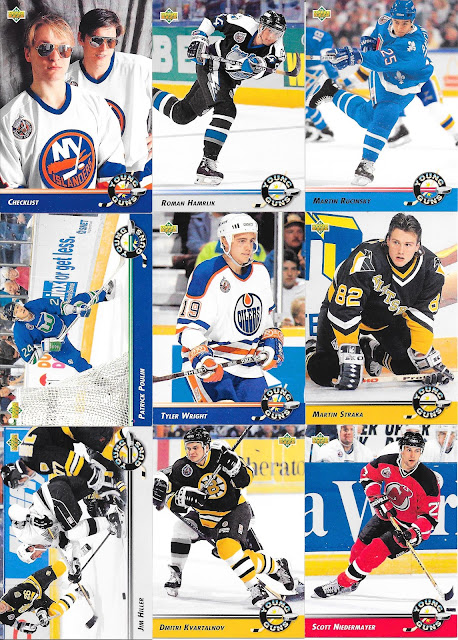 Some great names in the bunch this year Hamrlik, Straka, Neidermayer... 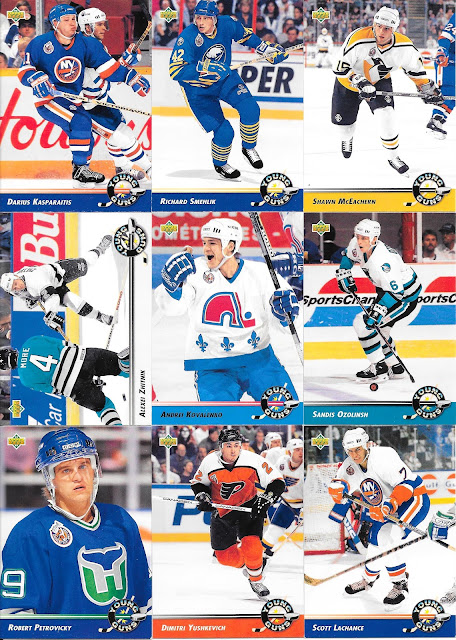 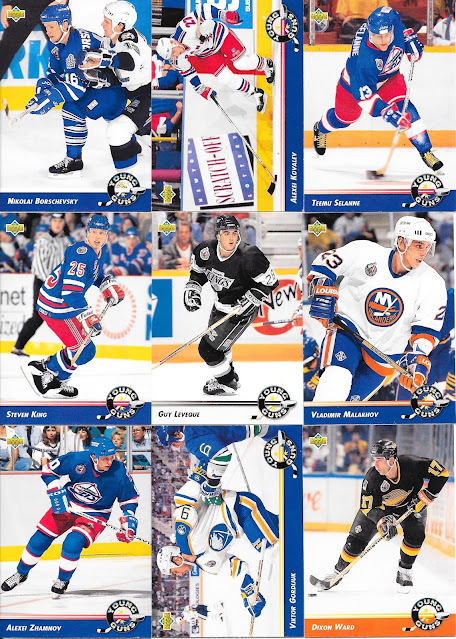 The design of the cards was kept simple - even the current versions I would say have a bit more fanfare to them.
I do like the colour matching of the name bars on the front, with the team names though. For the Leafs, Borschevsky didn't last long. Another player I probably remember more for his role in video games in the period, he only lasted parts of 4 season for about 160 games.
I played way more than this with him on the team in Super Nintedon hockey games for sure! 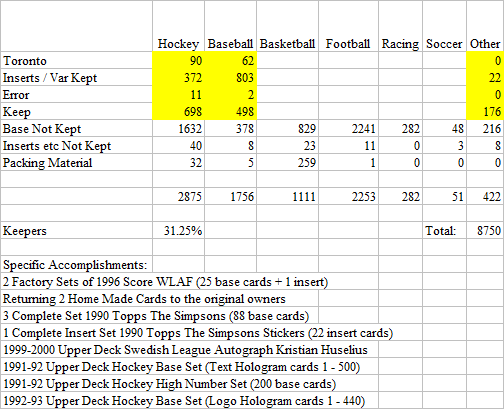