Another quick post today, but going through 200 cards because, after working through the 500 card 1991-92 Upper Deck Text Hologram set, we have a full High Numbered Upper Deck Logo (because it is the only one for these cards), set.

Will show the few Leaf cards...

Rob's a solid Young Gun...man...how Young Gun cards have changed over the years. Really like the Doug card though as this was for his trade to Toronto from Calgary, and what a great time in Toronto that lead to. Fuhr was a great addition too.

I prefer when the traded sets are treated as completely separate sets. Heck, I prefer releases to be completely stand along ones, rather than even split between series 1 and series 2 - there is just an unfinished feeling about series 2 if you have series 1 done. Oh well, at least I have the full 700 cards for this set...just in two different parts. 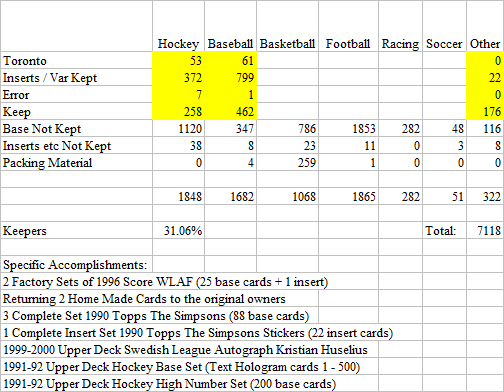