To end the set, and end the look at these cards, the last bunch is a final subset which is an Upper Deck Profile of stars.

The card backs are interesting enough, with a Studio feel of Q and As about the player, but I want to focus on the fronts. 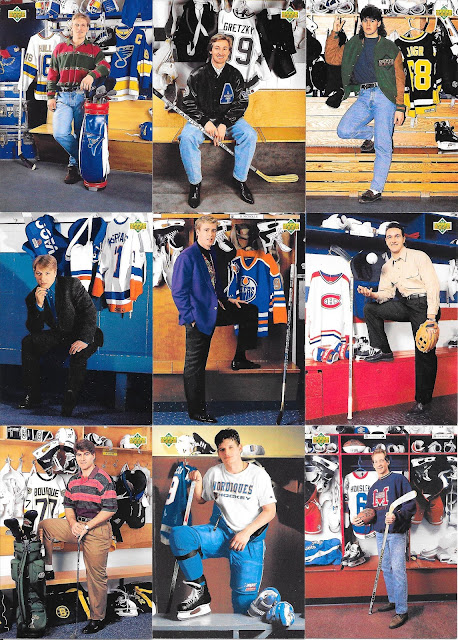 As you can see, no markings, just a full picture front with the player in the locker room. I like the concepts and you can see that the shots are posed, but interesting in seeing the off ice photo work. 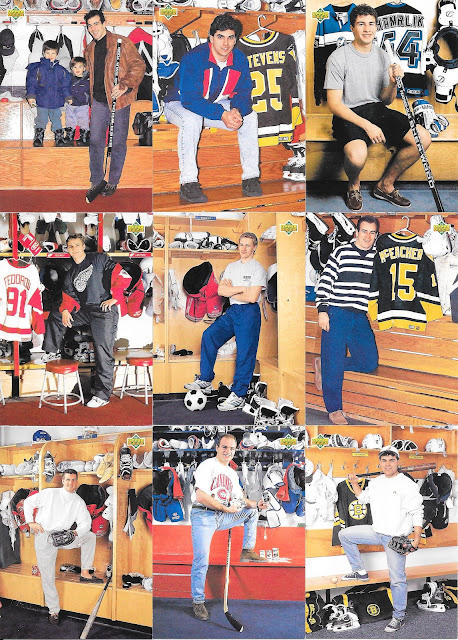 Some stand out more than others, such as Oates and the baseball bat there is one that really stand out, and that, to me, summarizes the player in a simple and complete way.

Doug Gilmour stands out as the cool guy in the group. With his Uncle Jessie on Full House vibe, ready to hop on his bike, just love it. Sure, he's in a hockey locker room, can lace the skates and pad up, but really - he's a rough and tumble, cool, biker.
I don't know, it just gave that "grit" vibe that he played with throughout his career in the NHL. He stood out as a player, and stands out here as well - at least to me. 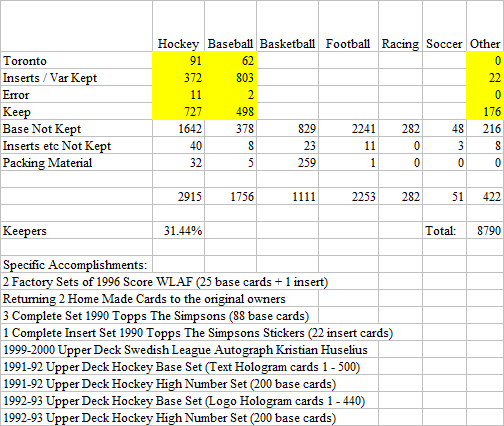