Have to point out a couple subsets that I have just recently now seen, and really like. 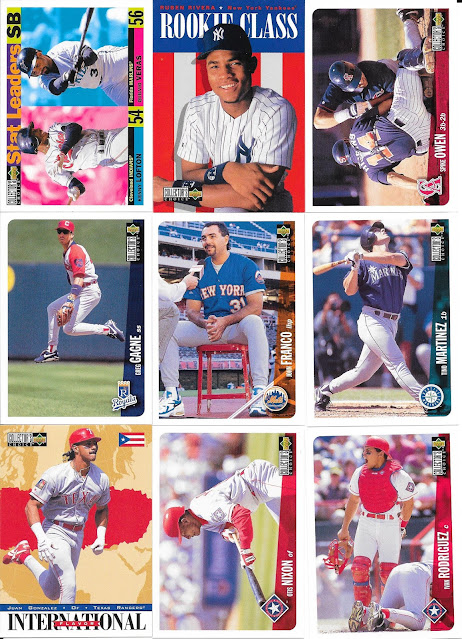 First card here is a stat leader subset from 1996 Collector's Choice. I always like the idea of stat leader cards, especially when it gives you a running list of the top 5 or 10 in the category, and that is exactly what we have here. Now, I could complain that on a leader card about stolen bases, neither guy leading their respective league, is actually shown stealing a base. The back of the card does provide the top 10 in each league which is nice, even if the colour scheme here is so very 90s. 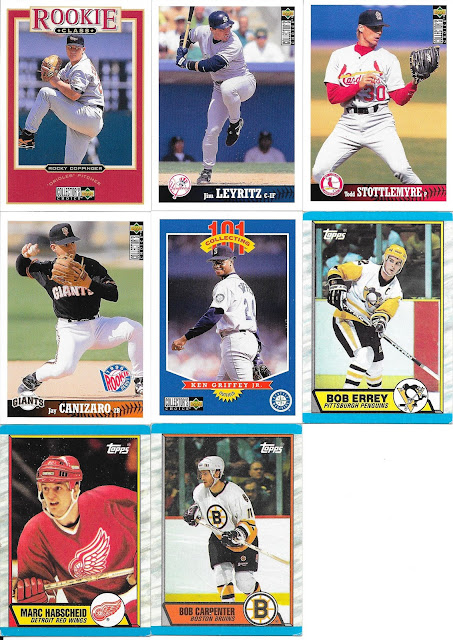 A bit surprised to see a second Griffey insert on collecting 101, the topic here being "completing a set", which happily this card assists ever so slightly in doing.
The rest for today... 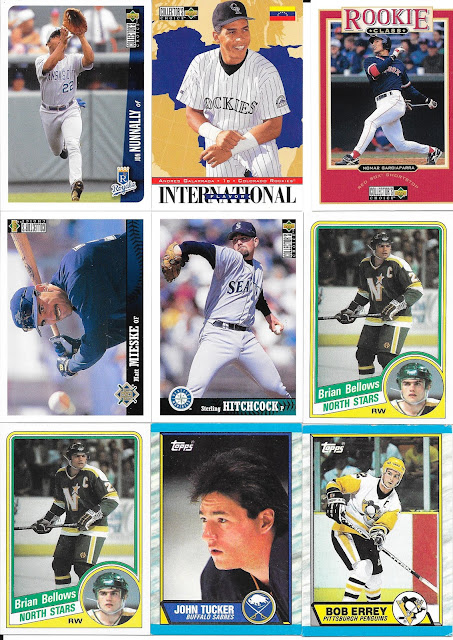 Not going to complain about more 1989-90 Topps hockey - though I was surprised, since I don't have too much of the set - only 10-20%, but hap[pened to include having these. 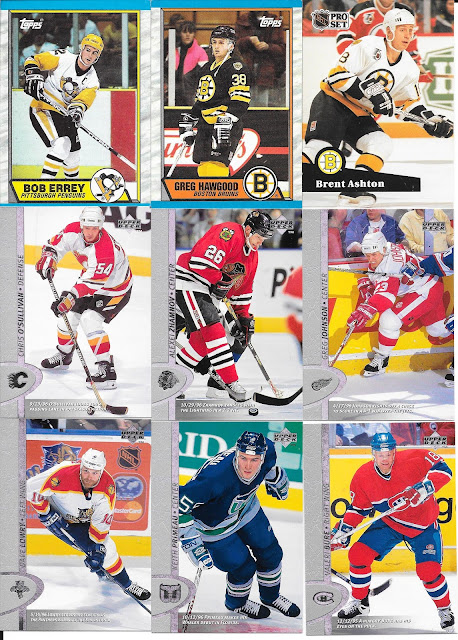 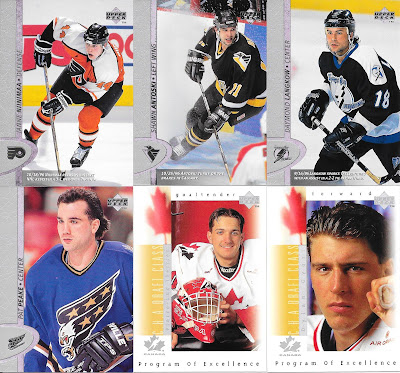 To end...a new set, though not a new design. 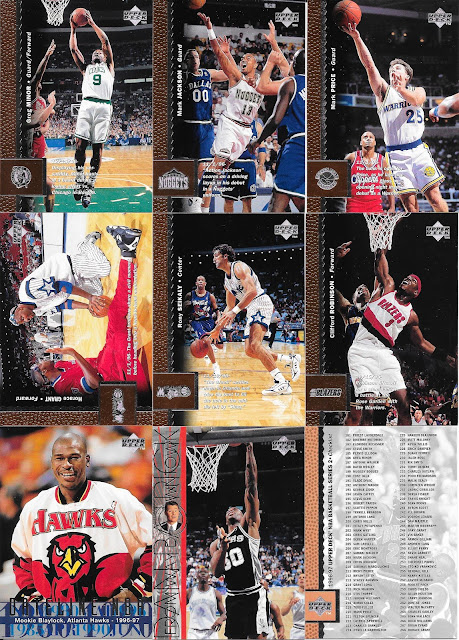 Have seen a fair bit of the 1997 Upper Deck design in football, and as you can see here, the same design was used for 1996-97 basketball as well.

Besides, the cards include one of my favourite Mookies with Blaylock.