Victory Shall Be Had

I knew there was a bunch coming, and it looks like enough of a run, so I will start on collecting this set... 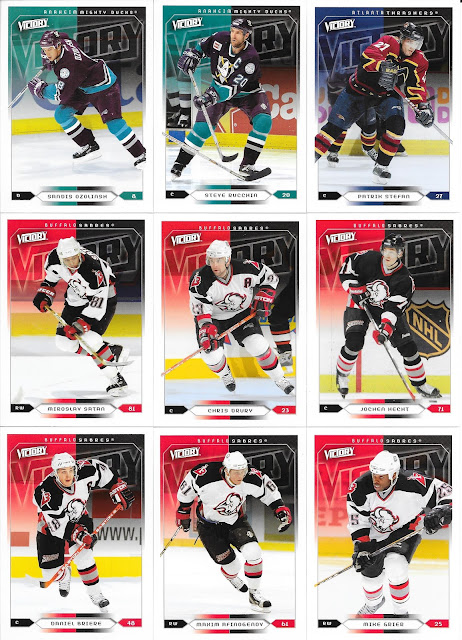 This is 2005-06 Upper Deck Victory. Victory is a low end set, and there's nothing wrong with liking it, though I may be in the minority. The cards are focused on the base set, minimum inserts and parallels usually, and a low price point that allow people to collect it like, you know, even kids! 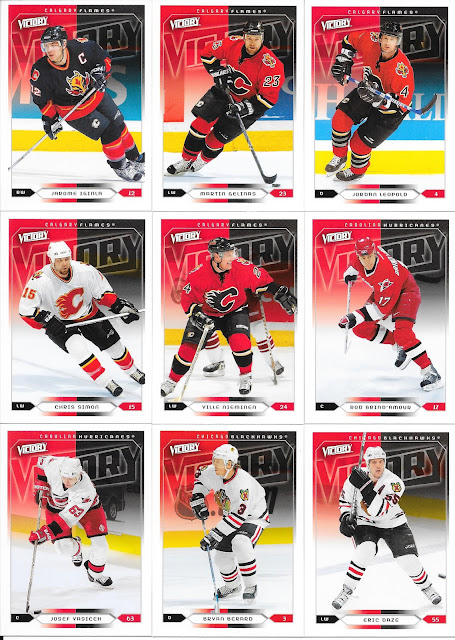 This set is also a very manageable 200 card base set, which is a nice draw to me as I find sets like O Pee Chee that regularly run 600+ cards of being too much to try and put together, especially at the prices of packs and blasters these days. 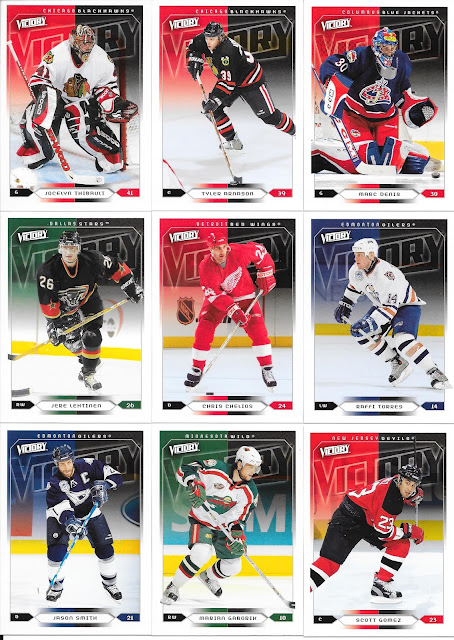 There are cards numbered 201-300 which are the Victory Update set which was done as an insert on the flagship set I believe. 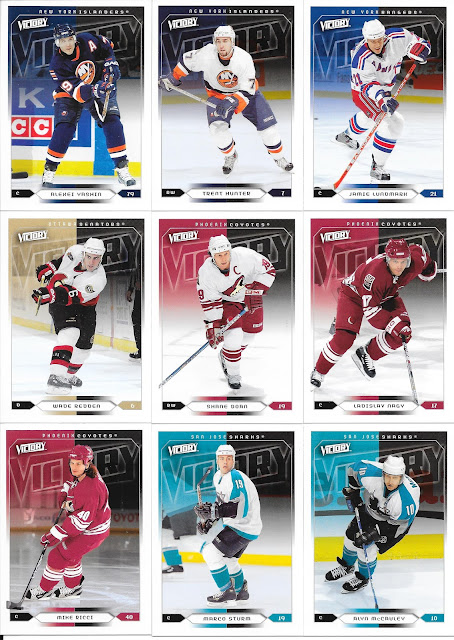 Before these cards, and the few yesterday, I only had a few Leafs, so I am basically starting from scratch on this one - but at 200 cards, and picking up 20% or so today, I should get a good run in on this one. 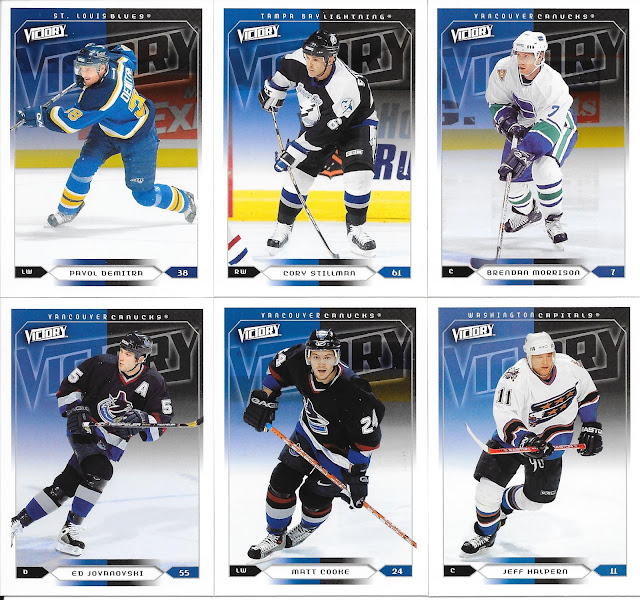 The design does well to incorporate team colours, and is very player focused rather than having full action shots, but decent nonetheless.

Also helps when there's a few Leaf pickups in the bunch and minimal dupes... 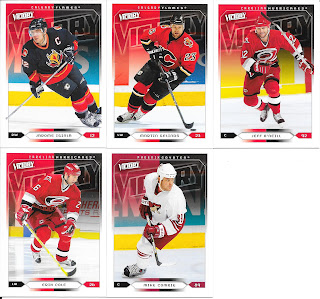 Very cool, and think there may be more to come! 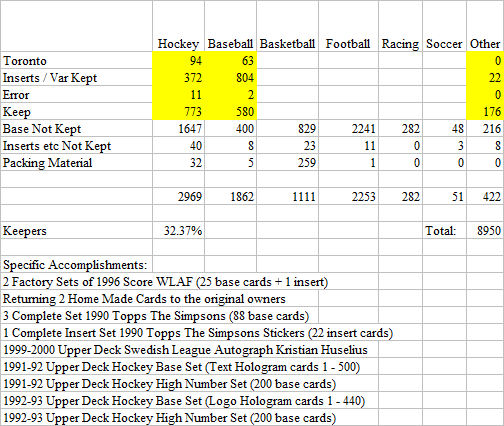