So, went to open the next box out of the lot, and there was a nice big chunk of 1991-92 Pro Set. I like the set, it was one from my early collecting that stood out as I actually remember opening a box or two of it that my mom brought home when she went grocery shopping. Yeah, apparently there were enough cards back then at the grocery store that you could pick up a box - who knew.

Well, I've seen enough, and have a complete set and probably 5 of each Leaf card already, and I mean this as no disrespect to the set, but am going to just fast forward on what ended up being about 80% of series 1.

It's a fine set I think, and better from a quality perspective than the year before and the plague of 1990-91 Pro Set error cards (which now, make that set a bit more attractive to me than this one actually), but I don't want to dwell on a week of posts about a set I see too much. Besides, there may still be more in here to dwell on later!

So hitting the highlights to me...Leafs... 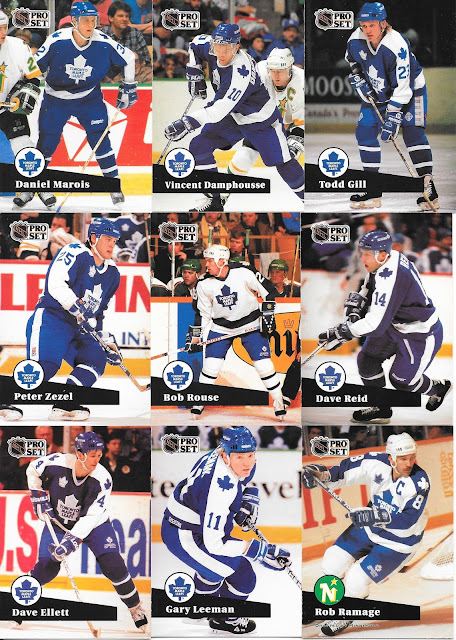 Always nice to pull out the non-Leaf Leaf cards like Ramage as these usually hit as players for the other team, but I collect as they are still shown in garb for Toronto. 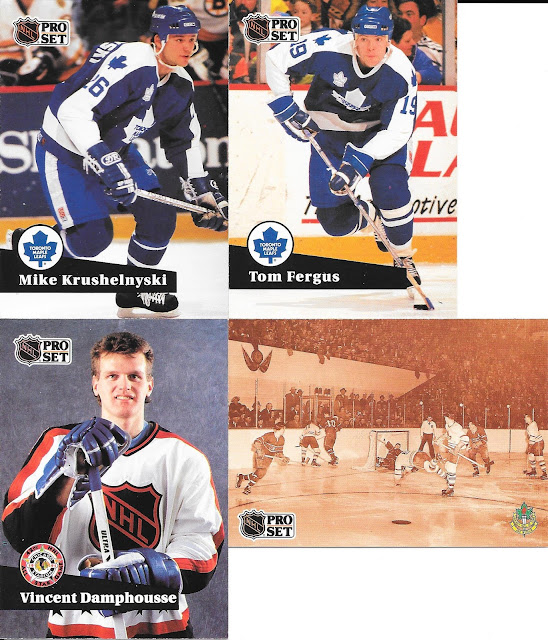 Not bad to get 13 Leaf cards from the series 1 again.
I did also get to pull copies of a few uncorrected error cards I had still been missing... 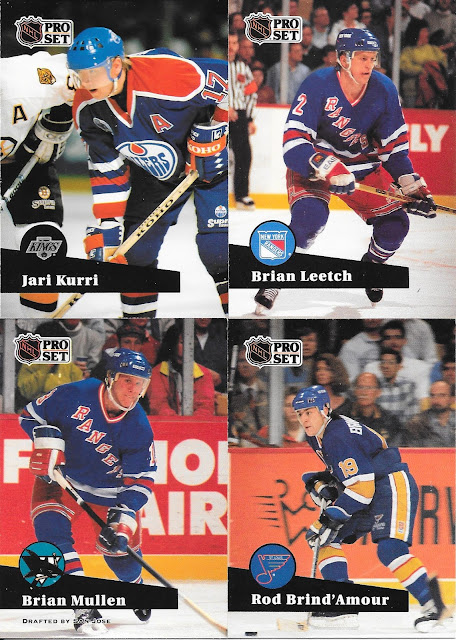 Simple errors here like incorrect addition in stats on the back, or Mullen says "Drafted" on the front instead of Traded, or Kurri not even noting the "Traded" line at all.
Not bad, and sticks another 250 cards or so to the not-so-keeping pile, but all good! 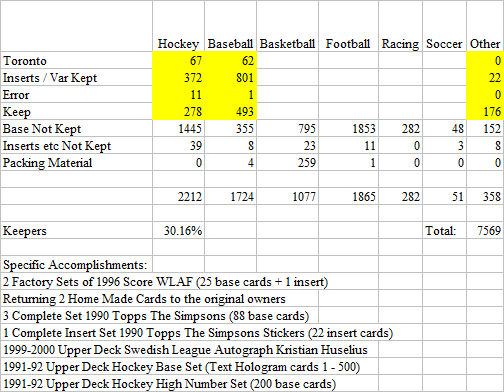