The cards today are the current, last bunch of 2005-06 Upper Deck Victory, and luckily include most of the base Leafs. 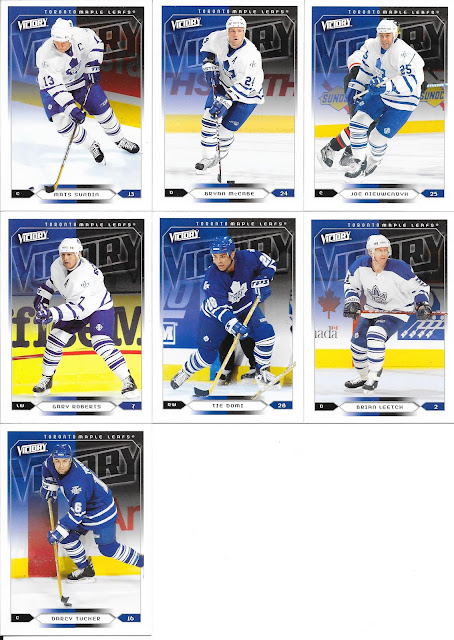 Excellent to get most of the base Leafs in one shot. I had a few, but obviously will need the dupes for the set completion and team completion goal. Always like pick ups of long term Leafs like Sundin and Domi, but neat to see short term Leafs too like Leetch. 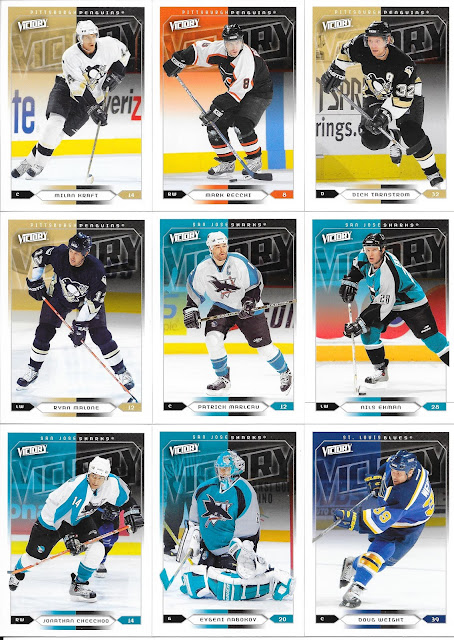 As these cards have generally been in numbered section, we get a good number of cards from a low number of teams, and here those teams include somwe solid San Jose, St. Louis... 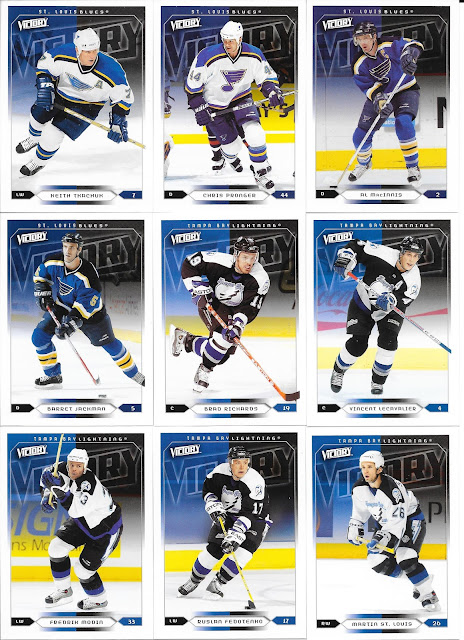 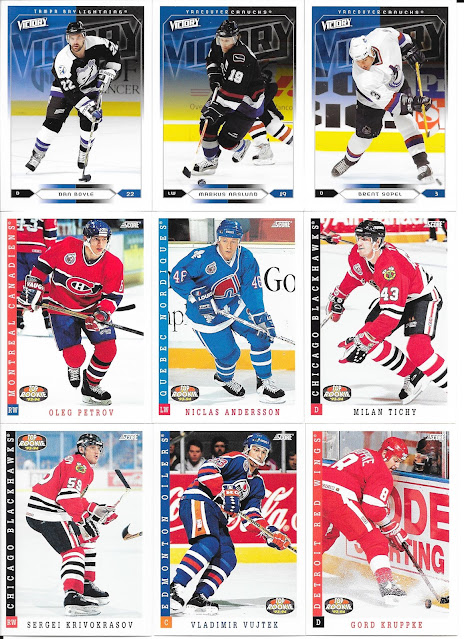 The next set we seem to get into? 1993-94 Score - which is the Canadian incarnation as the backs are in both English and French. Here, we also get the Top Prospect section. 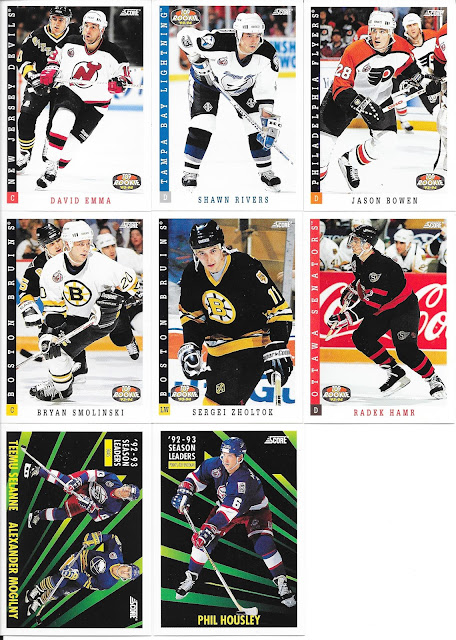 Always like a good subset like Season Leaders to end here. 1993-94 Score Canadian wasn't a set I planned on collecting, and at 660 cards, is a bigger task, but for now these are keepers because I think we will see a good 25% or more to start off.
Dupes... 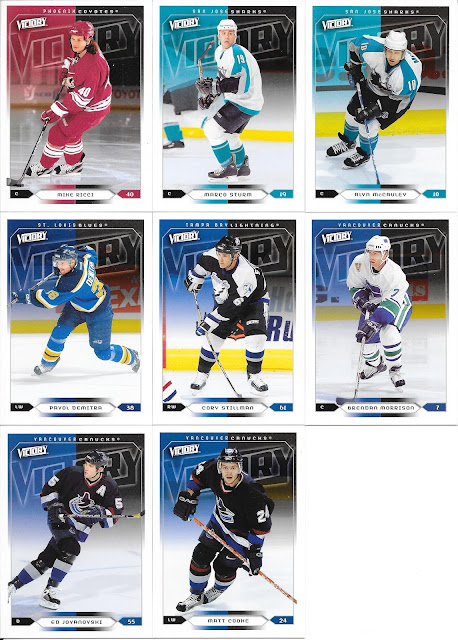 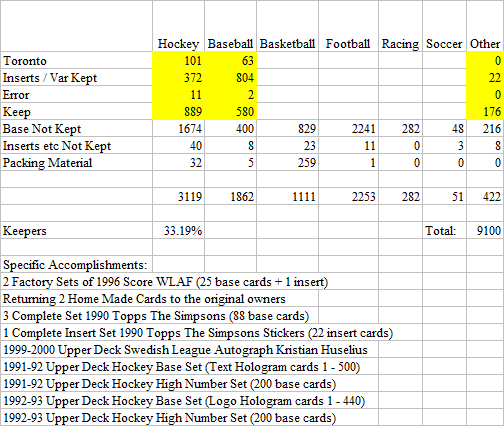