Next hundred cards from the 1992-93 Upper Deck hockey set, and yes, they are all here.

Not a ton of unique cards here, but one run of cards to signify new beginnings in the league. 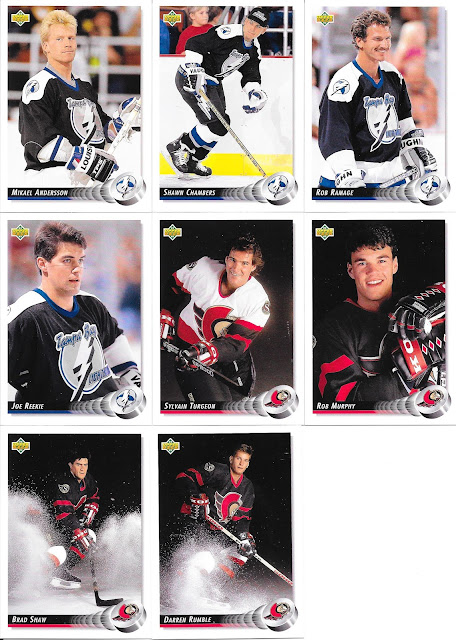 Remember when the Bolts and Sens were new to the league (not counting the first incarnation of the Sens earlier in the century)? Here is Upper Deck including some of the first players of the teams which were coming back to start the following season.
Neither had the success that we recently saw with the Golden Knights, but I think the runs these teams had early one did lay the groundwork for the improvements that benefitted Las Vegas. 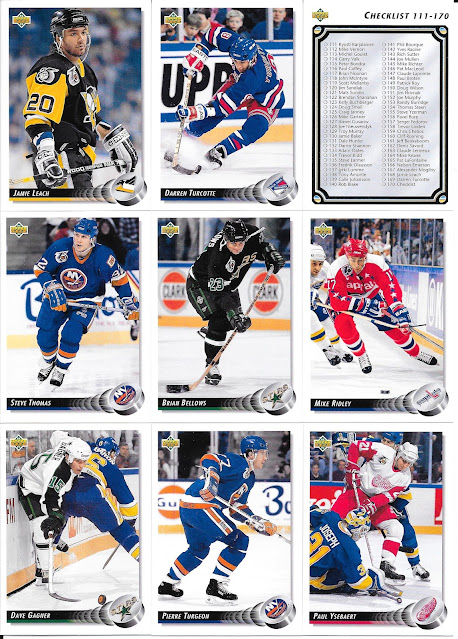 Some other cards from this 100...including another checklist. 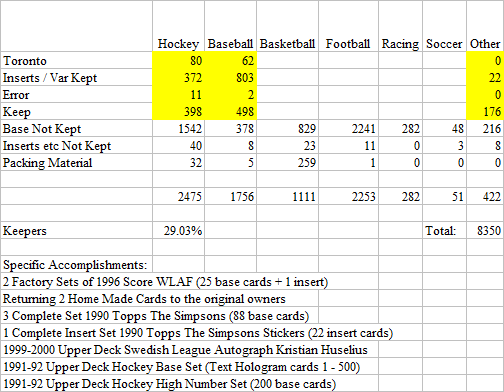 We end with a couple short add ons today.
First, I mentioned getting some Magic cards from 401games, but they had sent the wrong version of one of the cards as I had ordered a Beta version (which is my earliest owned card as of.... 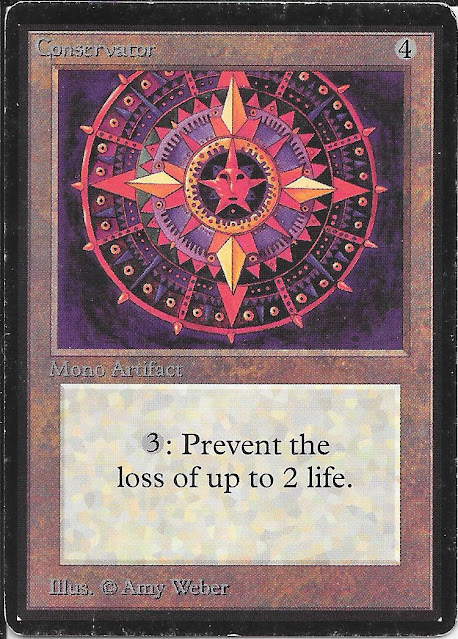 now). You can tell the card is Beta from the little white dots in the bottom border, and that the border is actually two different blacks. It is definitely a bit played, but still awesome cool to have even one card from the early sets.
Just another nice touch from 401games in sending it and correcting the error, just another reason I love the store and speak so highly of them.
Second up, a PWE trade that allowed me to finish a team set. 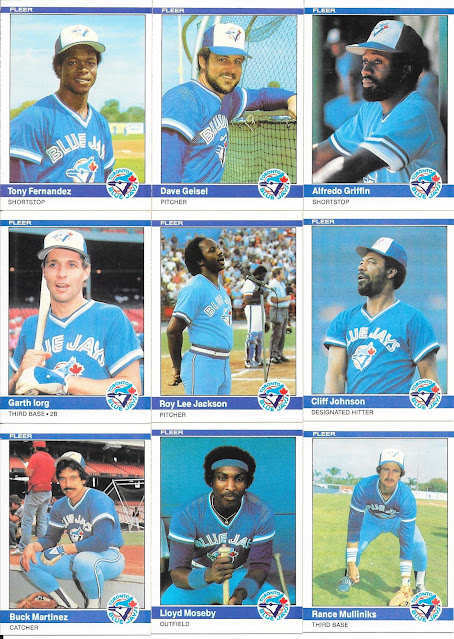 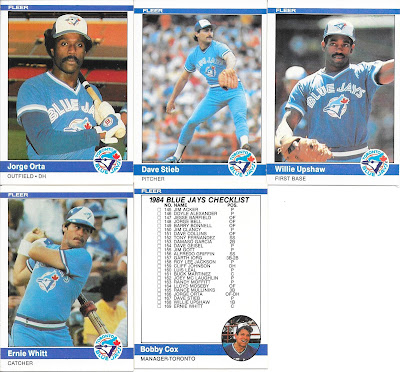 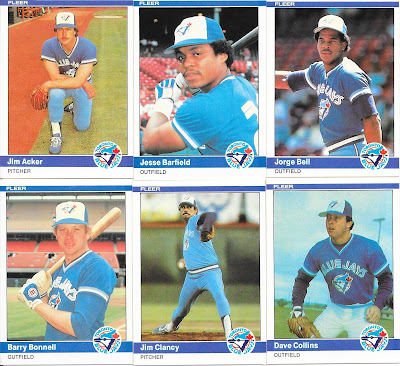 A trade with RefsInTheBack brought me all of the Blue Jays 1984 Fleer base card team set that I needed, and as you can see, there's a lot of them!
So many great Jays here like Acker, Fernandez, Clancy, Bell, Whitt, and so on, but gotta love Roy Lee Jackson pictured singing. Wouldn't think there is too many players caught on cards singing.
A huge thank you for the trade and helping knock off another team set!
Posted by CrazieJoe at 8:00 AM