Been a while, but we get back to some baseball cards out of the lot...and a couple familiar sets. 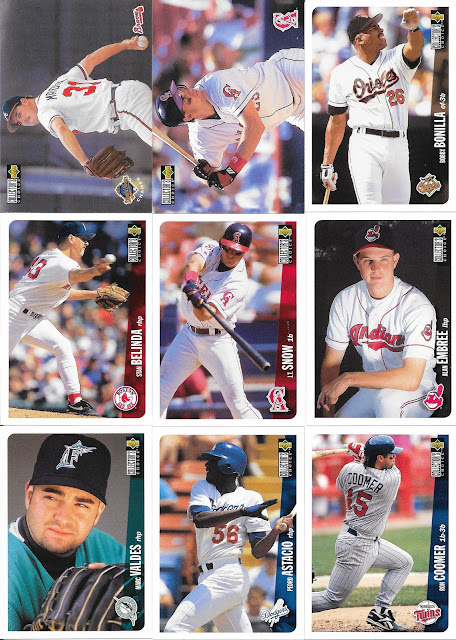 1996 Collector's Choice baseball. Really liking the set the more I get. I know it's "low end", but it's straightforward and hits all the basis of decent photography, minimal intrusion with the design, interesting enough backs.
Heck, the non-bordered cards at the start are nice team checklists which are included too (and we know I like those). 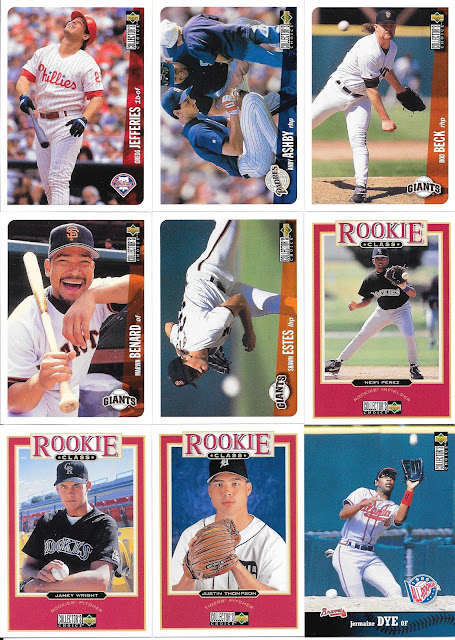 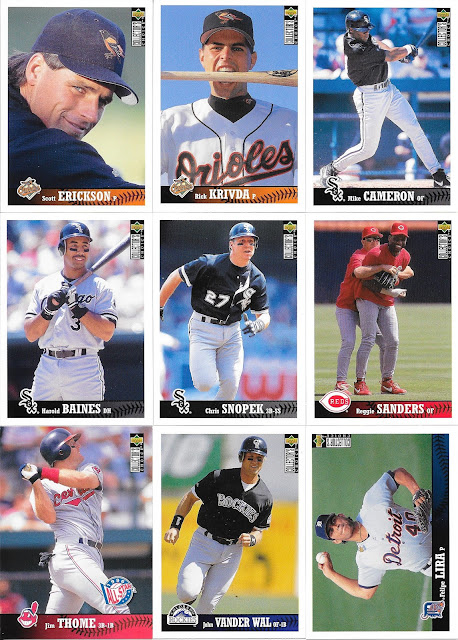 Not sure who exactly I would expect not to see in this set, but do get the All-Star cards, so that's one that is here that may not be...similar to the rookie cards. Might still be missing some, but at least nothing missing in spades. 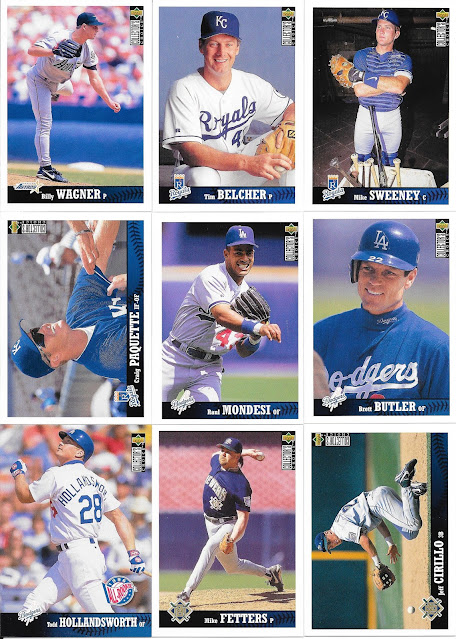 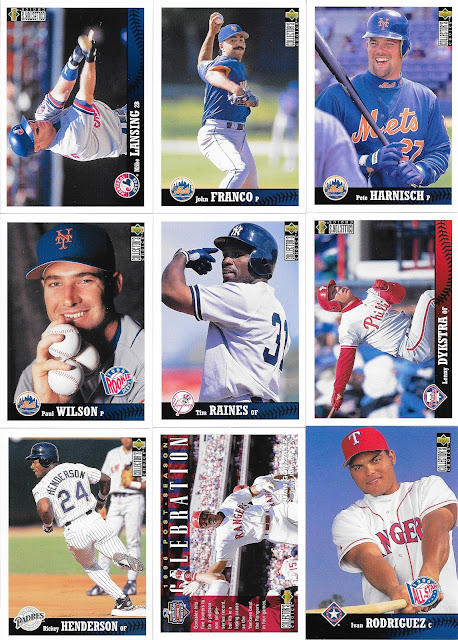 Nice Juan Gonzalez card on the Post-Season Celebration card - hadn't seen that one before.
Did well batting .750 in the cards today, but there were some dupes... 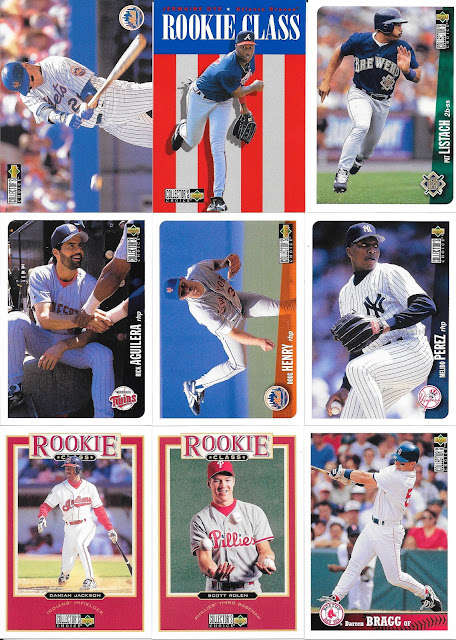 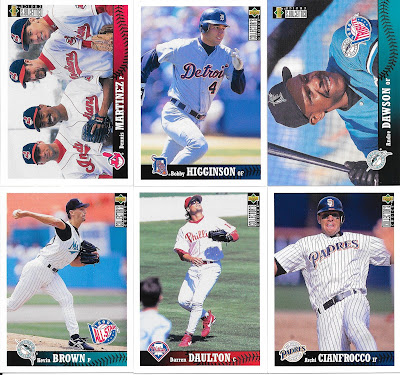 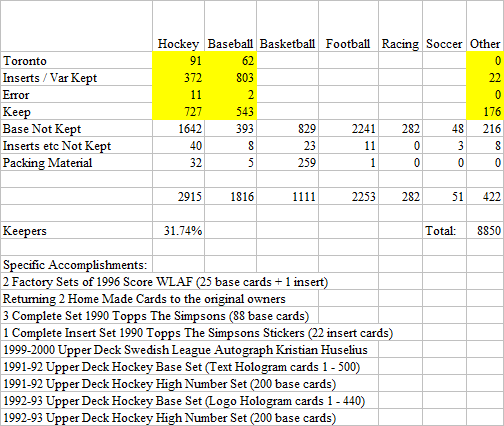