Another quick post today as we look at one of the subsets in the base set... 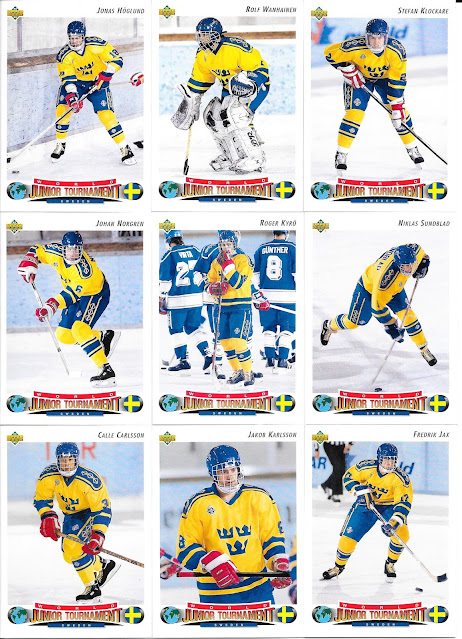 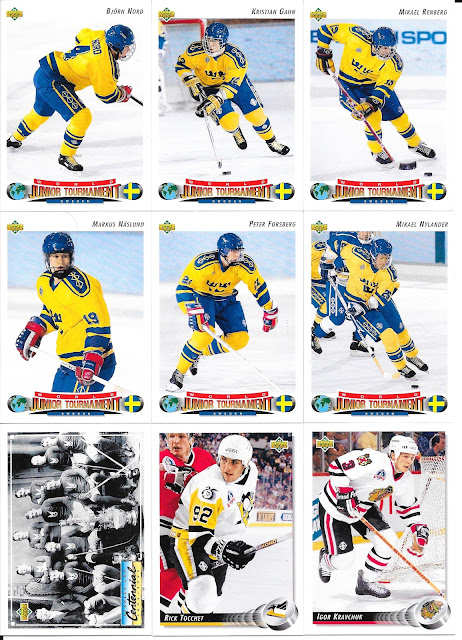 The World Juniors were such a big deal in Canada back in the 90s. Not to say they aren't still important, but I'm not sure it's still on the same level. From 1990 through 1997, Canada won gold every year except one, and I remember at least three different years, that we watched games in class at school.

Not sure if it was the results that drove the fandom, but it probably didn't hurt at all, and as a kid, seeing other kids that were not that far ahead of you, doing such great things, was great inspiration.

For those who live in the US or elsewhere, would be interested to know - is the World Juniors hockey tournament even something that you follow or hear about, or care about?

I think in Canada it's skewed as being more important than other countries. It's great to see the juniors succeed, and some of the greats, early in their careers, but again - not sure if it's the same elsewhere, or just ignored.

Hopefully Canada can get back to those heights of the 90s, rather than the on and off of the 2010s, but time will tell, and honestly, I think too many countries have improved greatly since those days (which is great for the sport, maybe not so much for Canada specifically), but time will tell. 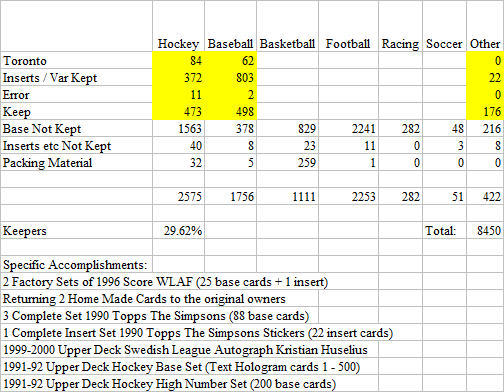