Check Out My Checklists

Checklists are fun. Not sure they need to be inserts like they were in 2003-04 McDonalds, but so be it. 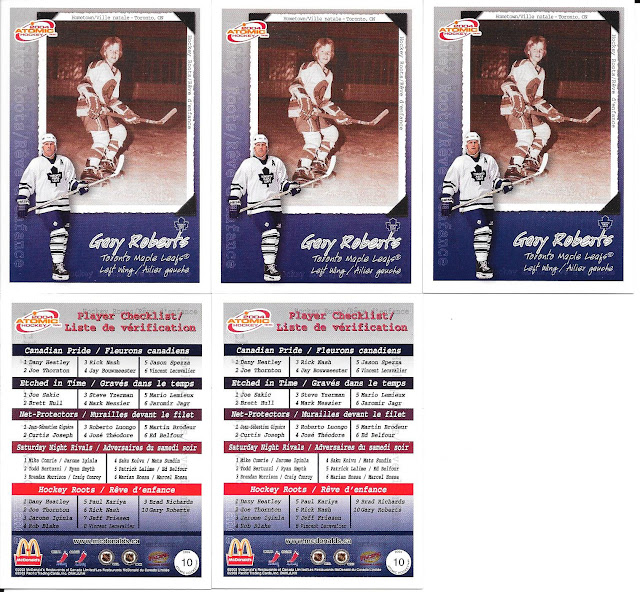 A handful of Gary Roberts checklists gives me a total of 9, so I could fill a page if I wanted to! 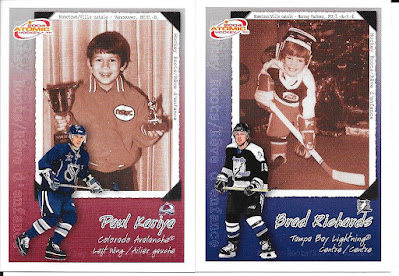 I actually needed these two, which leaves me with a single remaining checklist outstanding to complete the insert set - card 2 - Joe Tohrnton.

1991-92 Pro Set Platinum - yeah, the attempt at a higher price point set...well, something higher than the basement of Pro Set. 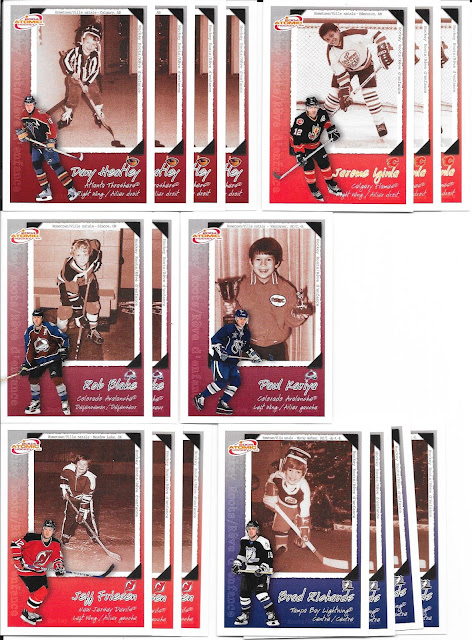 As you can see, heavy on the checklists from that same McDonald's set, but no #2 means no complete set yet. 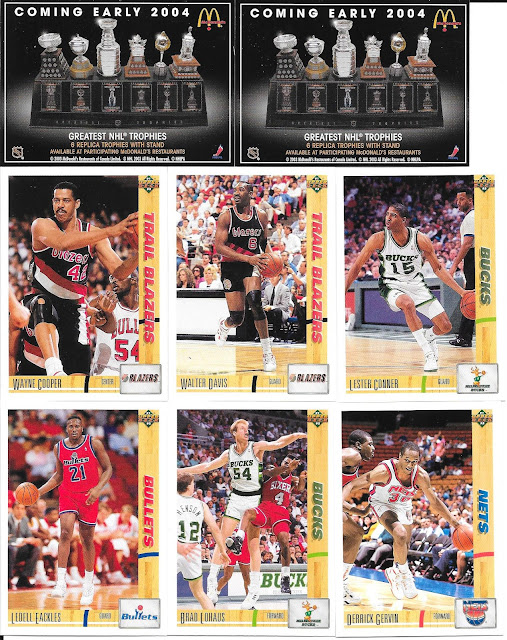 A couple ad cards from the same McDonald's set before we get into some 1991-92 Upper Deck basketball. I can say, none of the names really ring a bell for me. 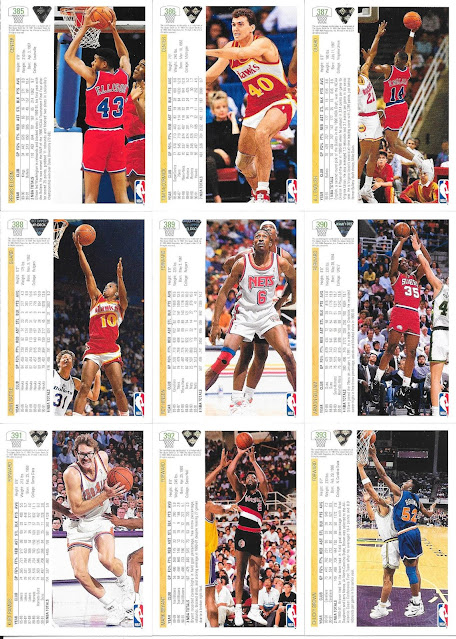 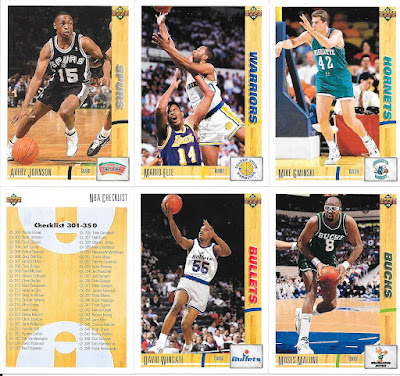 A solid bunch today as I always love McDonald's representing, even if it may not be the most cards to keep from the 50, that's okay. 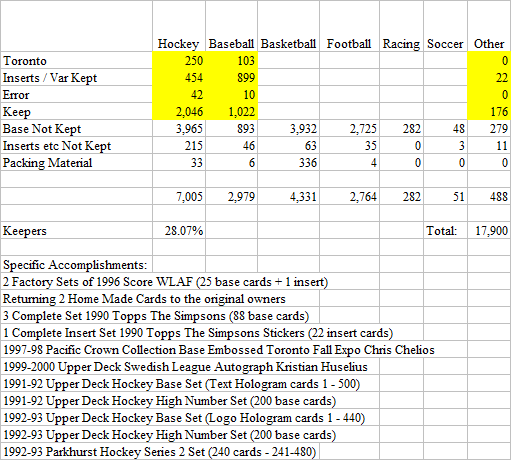 Before ending today, I have a nice PWE trade to share that I made with StarsFan at TCDB. 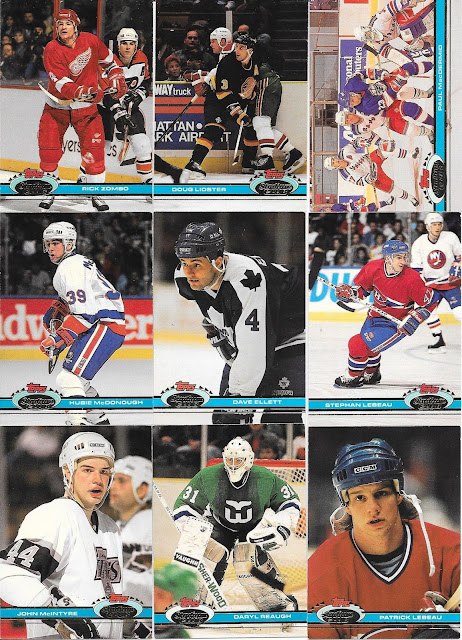 A bunch of my missing 1991-92 Stadium Club cards are taken care of here. One surprise is the Mark Recchi which is misfoiled so will instead include as an error and look for a "cleaner" copy for the base set. 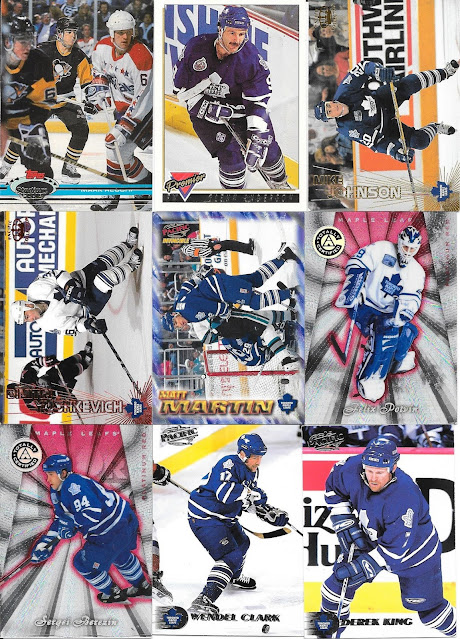 A solid bunch of Leaf additions, most around the turn of the millennium. The 1997-98 Pinnacle Totally Certified are nicely serial numbered. Sure, they are out of 4299 and 6199, but they are still serial numbered on the back which is really coll. 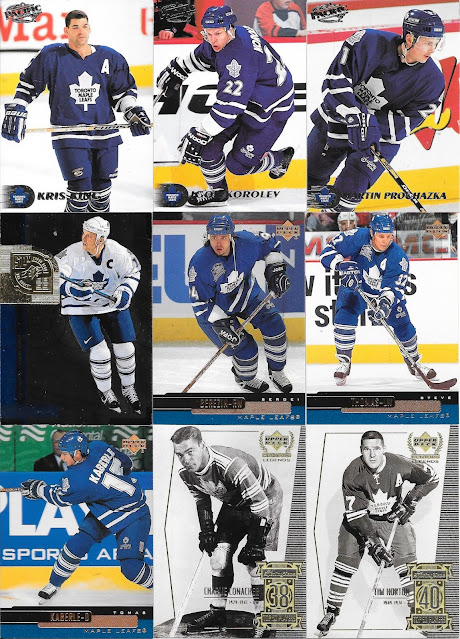 We end with two nice retro cards from a set I haven't seen before in 1999-00 Upper Deck Century Legends. There are still a number of Leafs in the set I'd love to get now, now that I've gotten a couple cards in hand.
Big thanks for the trade StarsFan!
Posted by CrazieJoe at 8:00 AM