A new month, so let's go back to the card lot and see what we can come up with.... 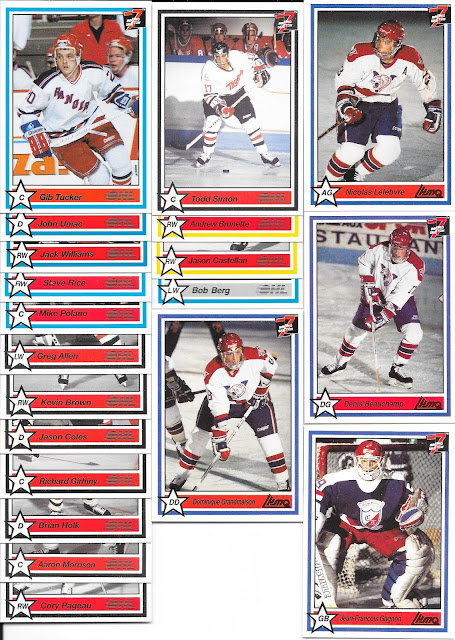 Okay, maybe the card lot wasn't such a good idea! Yeah, enough of the OHL 7th Inning Sketch cards, I couldn't scan pages of them, so we get the names at least if anyone cares. I will show the QMJHL which has the identical design as the OHL set, but obviously for the Quebec league. 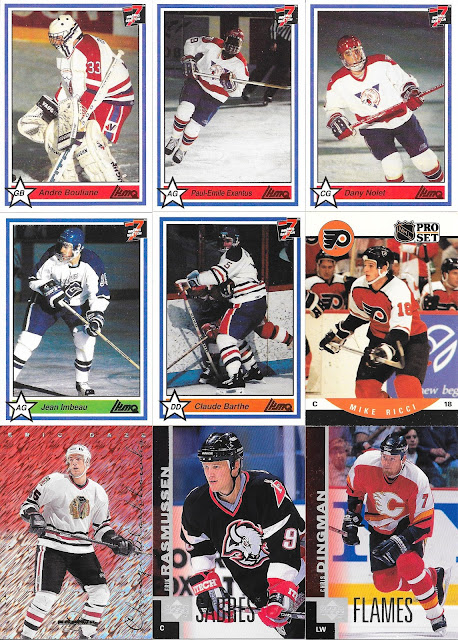 We have some other hockey cards that I don't need, though the Daze looks quite...Daze-ling. 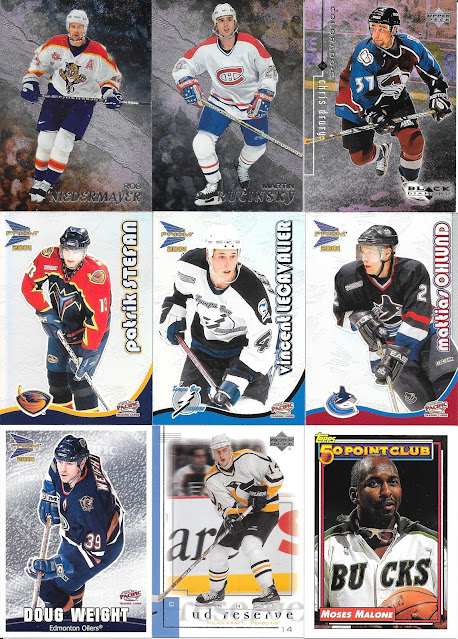 We come up with a handful of 2000-01 McDonalds cards, but none that I needed, and then hit into basketball. 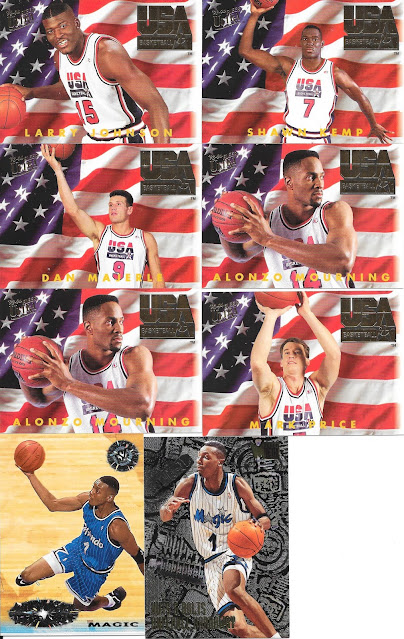 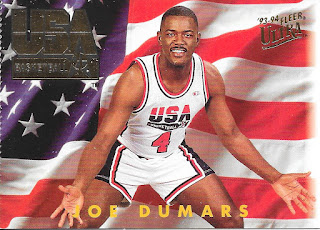 Joe actually has a crimped side on the left here - would have been caught with the packaging being closed. It comes up a little in the scan, but not too clearly, in hand - definitely a nice job right across the card.
I don't know why I like these types of errors, but so be, it is something I like. Anyone else care, or is it just a damaged card? 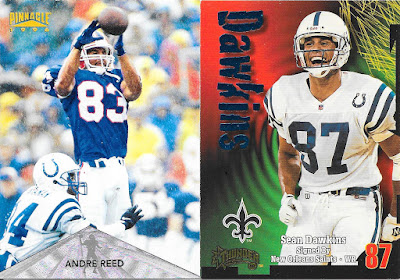 Reed here is a parallel (silver foil here), and Skybox Dawkins was a unique design for football at the time, I will give it that. 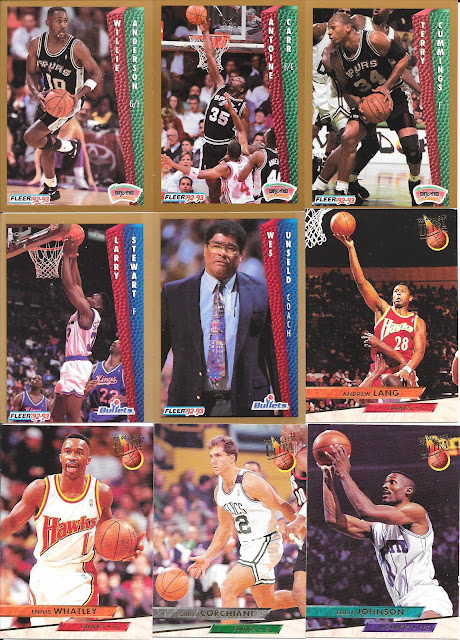 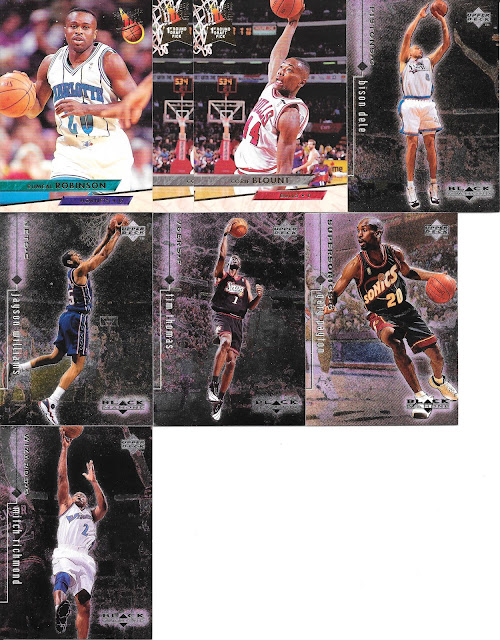 We finish with another bunch of basketball cards from sets we have seen, but the only card that I am keeping today is... 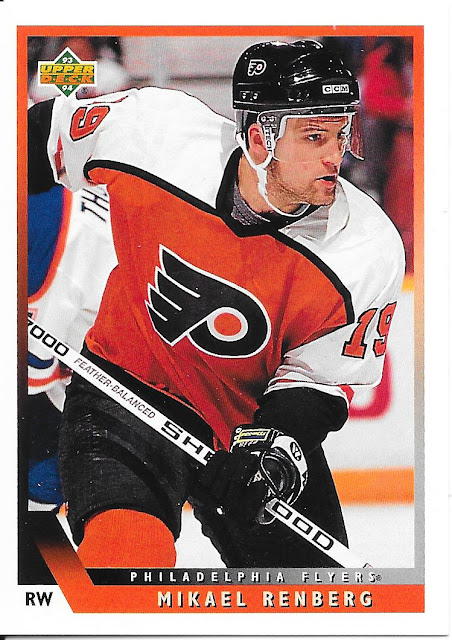 1993-94 Upper Deck flagship - a slow build working set for me. Renberg was a solid part of the Philly team in the 90s. At least today wasn't a total write off! 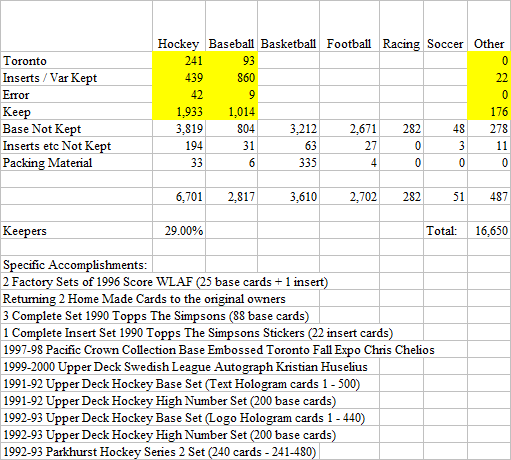 Before we finish finishing...I talked about the wrestling cards I picked up from www.baseballcardstore.ca, and I better show them too! So, truth be told, these are (almost) all of the wrestling cards that were available, that I didn't have. Not a huge selection on the site, but definitely a bunch I didn't have, and there are plenty still that I did have, but it is a small selection for now than the main sports. Not really a surprise though as it is a bit more niche. 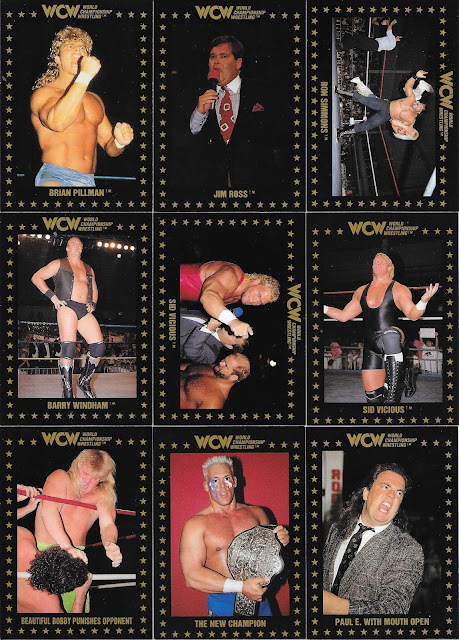 1991 Championship Marketing WCW - a set I had no cards of before, and at least now have a good first bunch. I mean, greats of the time like Sting, Paul E when he had hair (he looks better without it), Barry Windham, Pillman, JR, all great. 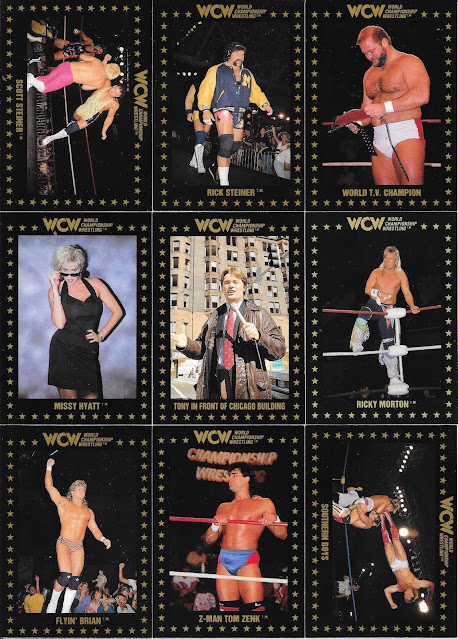 As it should be - Arn Anderson with a title in hand, like any horseman should have. 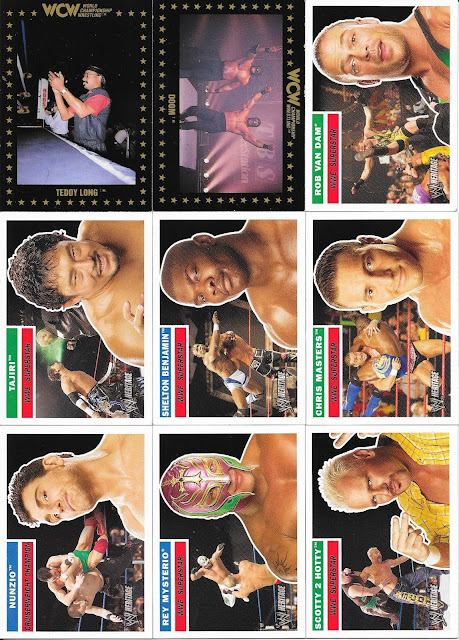 After some Teddy Long and Doom, we jump to the middle 00s and some WWE Heritage cards. I don't mind the idea of the retro design from Topps sets being used for the wrestling cards. The design doesn't have to be new to be effective. The cards do remind me that Shelton Benjamin has aged well...and Rob Van Dam, not so much. 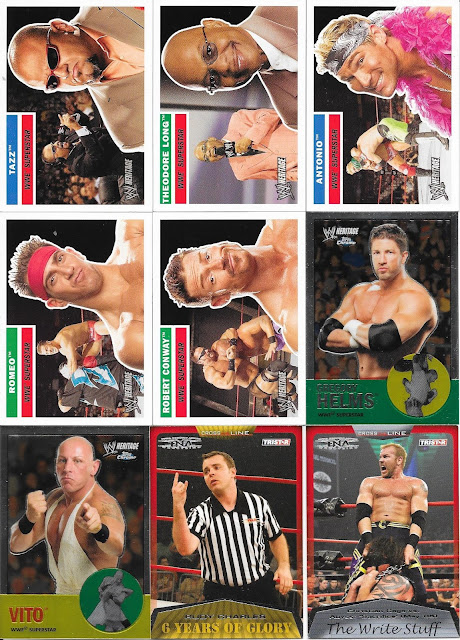 I collect them as I must, but still not a fan of those Chrome cards and design.
We then get into some TNA cards from later 00s... 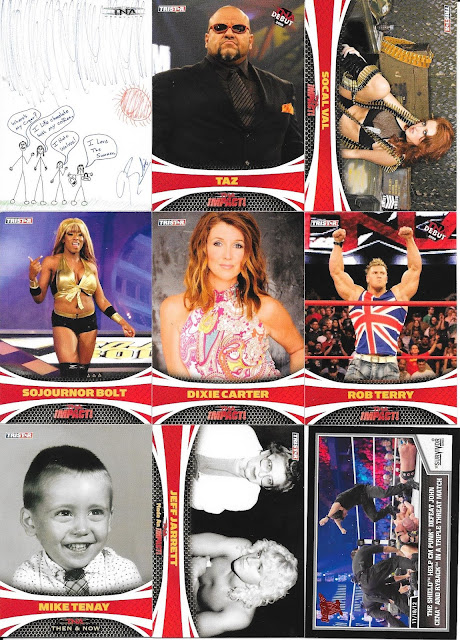 At this point, I think it's safe to say that Taz will probably be more remembered for his announcing than his wrestling. He was a great wrestler, just time wise, so much more of his career has been announcing now. 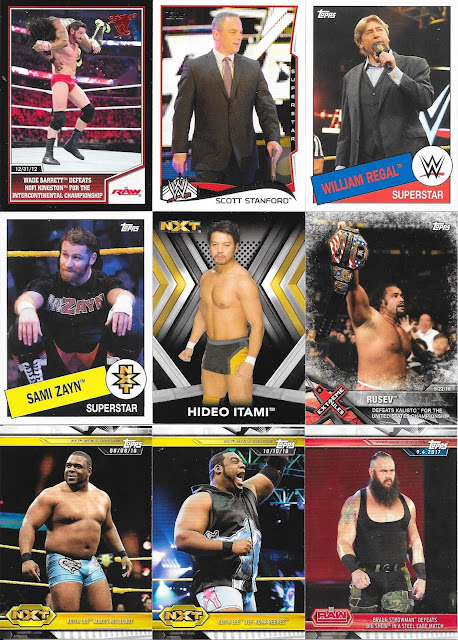 A couple Keith Lee cards are always a good thing. Not sure the Bearcat gimmick is great that they are putting him with right now, but at least he is back on TV. 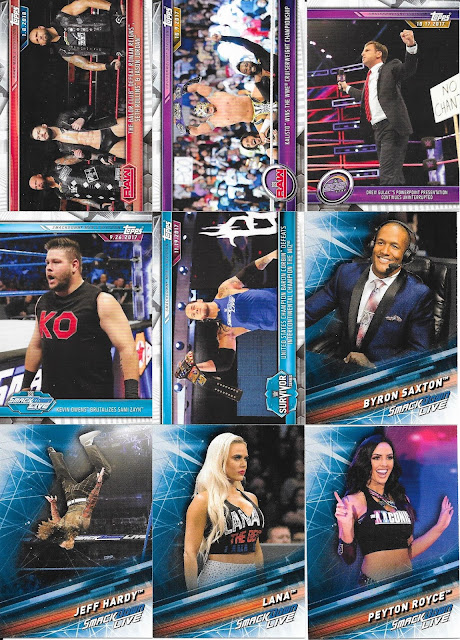 First of the 2019 Smackdown cards I have had in hand, and I have to say, I really like the design. 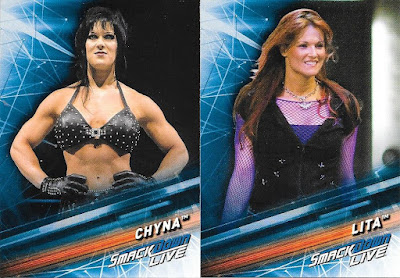 With the wrestling cards, there were some inserts I found to, so picked those up as well... 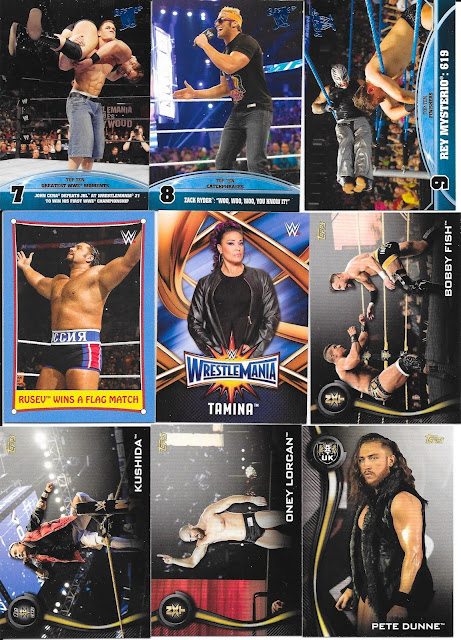 Without going through details, all from the last 5-7 years, and my fave are the Wrestlemania Roster inserts they have done for a number of years. Simple in design and photo, but a good roster card snapshot for the time. 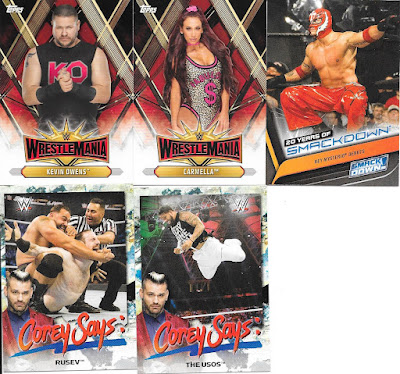 With that, the singles are done. I did also pick up 10 "mystery" hockey packs. I mean 15 cards for $1 USD is going to be better than what are at the dollar stores now, so why not?
Posted by CrazieJoe at 8:00 AM